The policy claims that through Innovations for Defence Excellence (IDEX), startups have been given a platform to get connected to the defence sector

The policy’s push for self-reliant India comes at a time when defence procurement from local vendors is at a five-year low. 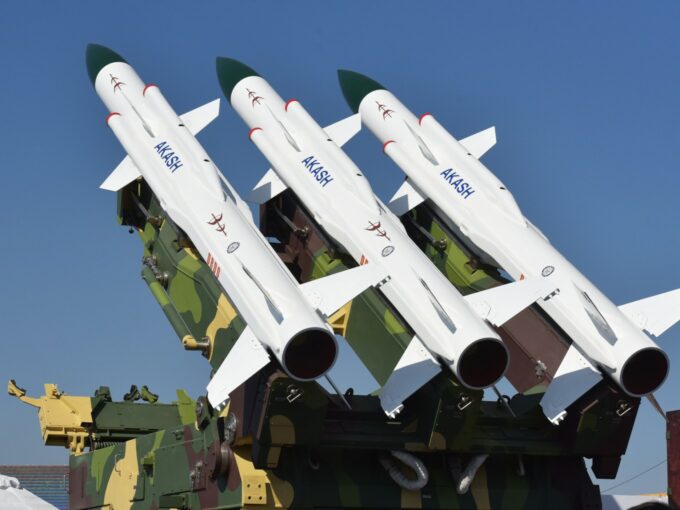 The government’s push for creating an AatmaNirbhar Bharat or self-reliant India in the wake of a border standoff with China in Ladakh’s Galwan Valley has been echoed as a mantra in the country’s recently released Draft Defence Production and Export Promotion Policy (DPEPP) 2020. “Propelled by the recent successes in exports, India is set to realise its potential as an emerging defence manufacturing hub,” reads the draft policy, meant to serve as an “overarching guiding document to provide a focused, structured and significant thrust to defence production capabilities of the country for self-reliance and exports.”

As its vision, the document mentions making India one of the leading countries in the defence sector, including aerospace and naval shipbuilding sectors, by developing cutting-edge technologies through active participation from both public and private sector and fulfilling the twin objectives of self-reliance and exports.

The policy mentions how Defence Procurement Procedures (DPP) over the years have aimed to develop a robust industrial ecosystem by giving preference to ‘Make in India’ initiatives. Further, Innovations for Defence Excellence (iDEX) has provided a platform for startups to get connected to the defence establishment. iDEX has been operationalised to provide incubation and infrastructure support to startups in the defence sector. The draft policy claims that more than 50 startups are currently developing new ‘fit-for-military-use’ technologies/ products. “iDEX would be further scaled up to engage with 300 more startups and develop 60 new technologies/ products during the next five years, and their procurement DPP,” the draft policy states.

Among its focus areas, the policy mentions indigenisation and support to micro, small and medium enterprises (MSMEs) and startups. The policy aims to create an industrial ecosystem to indigenise hitherto imported components such as alloys and special materials, and sub-assemblies for defence equipment. The policy proposes that 5,000 such items would be indigenised by 2025. This would be done by developing an indigenisation portal for Defence Public Sector Undertakings (DPSUs) with an industry interface to provide development support to MSMEs and startups for import substitution, with the provisions for these companies to enter the procurement process planning to be further strengthened in the future.

In a bid to cut down on defence spending through imports and seeking local solutions to the country’s defence requirements, the government, in December last year, launched the third edition of the Defence India Startup Challenge (DISC).

The first phase of the challenge was launched in August 2018, where selected startups were awarded up to INR 1.5 Cr in the form of grants, equity, debt and other relevant structures.

Moreover, the government also incubated and mentored these startups. The winners of the first DISC were — Individual Protection System, See Through Armour and Carbon Fibre Winding, among others.

The second DISC was rolled out in January 2019 and the batch included GPS Anti Jam Device, Data Analytics for Air Trajectory, Illegal usage of Drones and RADAR – IQ Signal Generator. In both the editions of DISC, the government had shortlisted 28 startups/businesses, who got the grants for prototype development and possible commercialisation.

According to iDEX data, 194 defence tech startups are working under ‘Startup India’, innovating in the aeronautics, aerospace and defence sectors.