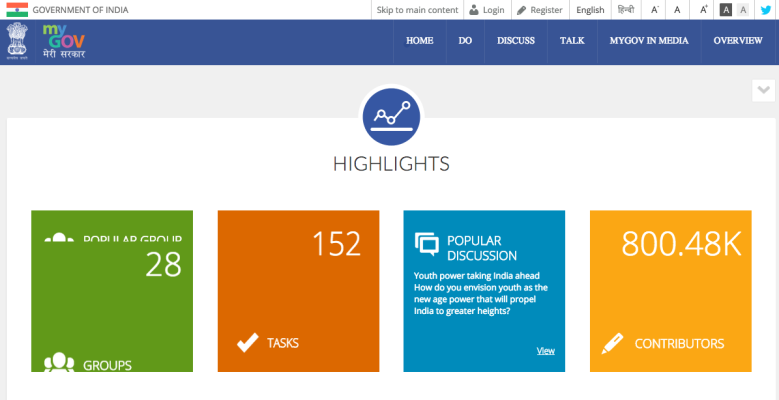 After months of intense work, the government has launched a newer version of crowdsourcing platform Mygov.in with features such as hashtags, polls, interactive discussion forums and social media account integration.

The new, sleeker version of MyGov.in will make extensive use of analytics and data mining tools. It is easier to  navigate and shows real time data about registered users, task submissions and number of comments across different discussion themes on the landing page.

The latest avatar attempts to be more inclusive and collaborative by further bridging the gap between the citizens and the government. It currently encompasses 8 lakh registered members.

Recently, the government has also launched a beta version (trial version) of the ‘Digital Locker’ which allows the public to store government-issued documents and certificates on cloud and then submit the same on Mygov.in.