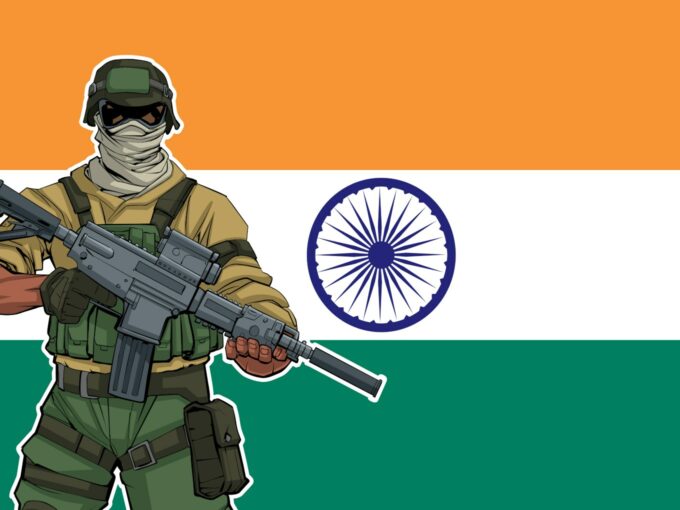 In an attempt to boost innovations in the defence sector, India’s Defence Minister Rajnath Singh, on September 29, launched the iDEX4Fauji initiative. The initiative was launched as part of the fourth instalment of the Defence Indian Startup Challenge (DISC-4).

While some of the earlier innovation challenges launched by the Indian government under the Innovations for Defence Excellence (iDEX) initiative, such as the Defence India Startup Challenge (DISC), were aimed to bridge the gap between tech-focused Indian startups and the armed forces, the iDEX4Fauji initiative is meant as a platform where ideas for possible innovations identified by members of the armed forces can be supported and built upon.

Defence personnel with the first-hand experience of dealing with frontline security challenges can provide valuable feedback for improving existing equipment, also for futuristic innovations in defence.

While announcing the initiative on Twitter, Defence Minister Rajnath Singh wrote, “This IDEX4Fauji initiative will bolster frugal innovative ideas from soldiers and help to revolutionise the future of our Armed Forces. Our soldier would not only have a thorough understanding of their own requirements but also have the necessary support of innovators & Startups.”

The webpage for the iDEX4Fauji initiative mentions that it will create a mechanism to “facilitate the service personnel in providing their feedback/ideas which could enable them to upgrade the existing equipment or improve them with innovations.”

“This would also help in deriving more value and life from the existing hardware available in the field formations. In this process, they would also learn structured innovation and entrepreneurship skills, which can be used for expanding India’s defence manufacturing base over the years.”

As for DISC-4, the government has issued 11 challenges for the competition, ranging from “Autonomous Underwater Storm Drones” to “Real-Time Health Monitoring Of Aircrew”, among others. Startups can apply for the challenges till November 30, 2020, with the winners standing to win grants of up to INR 1.5 Cr.

It is worth noting that iDEX4Fauji is the latest in a slew of such initiatives launched by the government in recent times to encourage innovation in the defence sector through startups.

Acting on its ‘Make in India’ rhetoric, the BJP-led government has introduced several measures to power local defence manufacturing and explore linkages between industry, academia and the private sector.

Earlier this year, the Defence Research and Development Organisation (DRDO) was looking to establish laboratories for futuristic technologies, under the name of DRDO Young Scientist Laboratories (DYSL). These labs were to be located in Bengaluru, Mumbai, Chennai, Kolkata and Hyderabad. Further, the government was also looking to provide MSMEs, who supply protective military gear, with working capital financing. These measures are in line with the government’s vision to make India one of the top five defence and aerospace manufacturers in the world, with an annual defence exports target of $5 Bn by 2025.

Currently, 194 defence tech startups are innovating under the government’s ‘Startup India’ mission. Of these, more than 50 are developing new ‘fit-for-military-use’ technologies and products under the government’s initiative, ‘Innovations for Defence Excellence’ (iDEX). These startups are trying to find solutions to the various problem statements that iDEX puts forth in its Defence India Startup Challenges (DISC), ranging from individual splinter-proof protection suits to real-time positioning systems.