The govt had sent a similar circular in July 2019 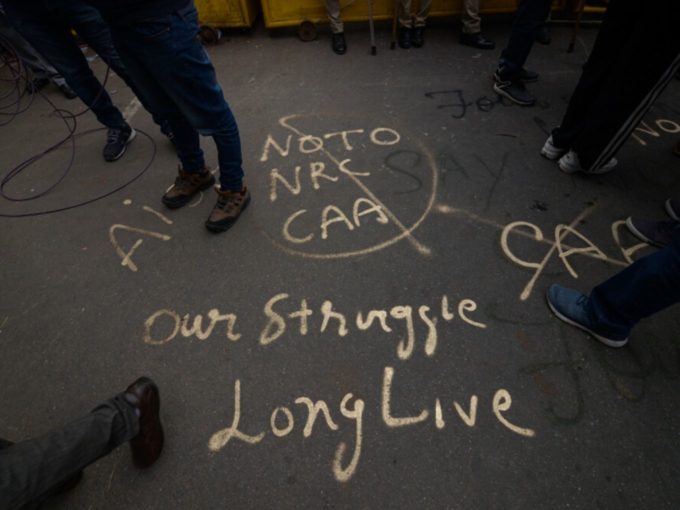 With students taking to the streets to protest against the Citizenship Amendment Act (CAA), the Union Ministry of Human Resource Development (HRD) has taken upon itself to put a full stop to the situation once and for all by asking the educational institutions to step in.

According to a report in The Print, the HRD Ministry has asked the educational institutions to monitor the Twitter, Facebook and WhatsApp profiles of students and teachers to keep the government updated about the activities happening on the campuses.

Similarly, Tata Institute of Social Sciences (TISS) have been asked not to take part in the protests as it is a government-funded institute. The circular, issued to TISS, reads, “this is against the conduct rules and their absence from duty to join protest will be treated as unauthorized.”

In July 2019, the HRD ministry had issued a similar circular demanding that all universities should connect their social media accounts both Facebook and Twitter to the accounts of the respective colleges. The government had also later qualified that the regulation was to “stay connected” with the student, not the monitor them.

After the news of the circulars started garnering flak, an official from HRD Minister Ramesh Pokhriyal Nishank’s office told The Print that the minister was just trying to keep the students away from protests. In order to do so, Pokhriyal has also reached out to political parties.

Speaking at an event on December 19, 2019, Pokhriyal said, “With folded hands, I appeal to the political parties to keep academic institutions away from their politics.” Ironically, this comes after a viral video showing a member from Akhil Bharatiya Vidyarthi Parishad (ABVP), BJP-affiliated student organisation, beating up protestors from Jamia Millia Islamia, along with the deployed police.

The protests against the Citizen Amendment Act is not just limited to educational institutions but has spread all across the country. The protestors believe that the CAA is against the “secular fabrics” of the country as it discriminates against people of one particular religion.

CAA is a new amendment to the citizenship seeking mechanism that allows non-Muslim minorities of the Muslim Populated neighbouring countries — Pakistan, Bangladesh and Afghanistan — to seek Indian citizenship.

The law only entitles Hindus, Sikhs, Buddhists, Jains, Parsis and Christians, who have been subjected to persecution in the three countries, to become Indian citizens if they have been residing in India for six years. The law, however, does not allow Muslims from these countries, persecuted or not, to seek citizenship in India.