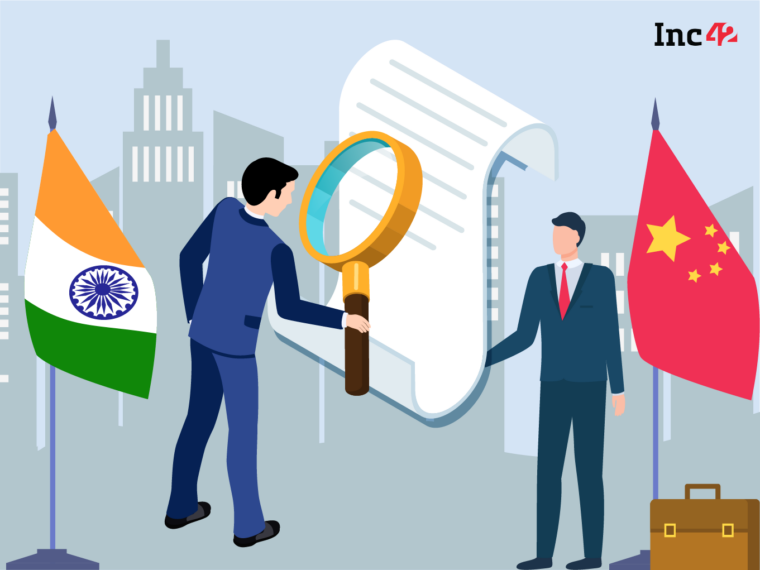 Besides startups, the government’s action will affect the Chinese manufacturing companies that have set up their subsidiaries in India

In May, the Economic Offences Wing filed cases against 150 foreign directors of several companies on the basis of information received from the Registrar of Companies

After the Chinese manufacturers, now the Chinese nationals heading Indian companies have also come under the Indian government radar.

According to an ET report, the Indian government has notified that Chinese nationals that are appointed as directors on the board of Indian companies and startups would need to go through security clearance.

As per the new guidelines of the Companies Rules 2014, if an individual, who is seeking an appointment on the board of Indian companies, is a national of a neighboring country. For such nationals a security clearance from the Ministry of Home Affairs will be required along with the consent form.

The guidelines were amended after reports surfaced that Chinese companies were registering companies in other nations such as in the US and Cayman Islands and then investing in the Indian businesses thereby, evading government’s restrictions.

In May, the Economic Offences Wing filed cases against 150 foreign directors of several companies on the basis of information received from the Registrar of Companies. Out of the 150 directors, 40 directors were China residents.

In the last couple of years, Chinese investors showed a great interest in Indian startups. A report states that from 2014 to 2019, the China-based investors infused more than $27 Bn in growth and late-stage startups including Paytm, Zomato, BigBasket, Flipkart, and BYJU’S.

During the said period, the Chinese investors participated in 234 funding deals. Out of 234 fundraising deals, 96 deals were recorded in the fintech and ecommerce sectors.

However, the market scenario has changed ever since the Indian and Chinese armies’ clash on Himalayan borders. In the last two years, the Indian government approved $1.79 Bn in foreign investments from neighbouring countries.

In 2020, the Indian government introduced a new FDI policy to tighten its hold on foreign investments coming from neighbouring countries, particularly China. Consequently, many Chinese investors either partially or fully exited Indian startups.

In March, Chinese companies Alibaba and Ant Group, which together held around 43% stake in Paytm Mall, fully exited the startup. The two investors sold their stake to Paytm Mall’s parent Paytm E-commerce for INR 42 Cr.

Besides, the government is also probing Indian units of Chinese manufacturers such as ZTE and Vivo for alleged financial impropriety. Further, earlier this year, the ED seized banks of Xiaomi for making alleged remittances.