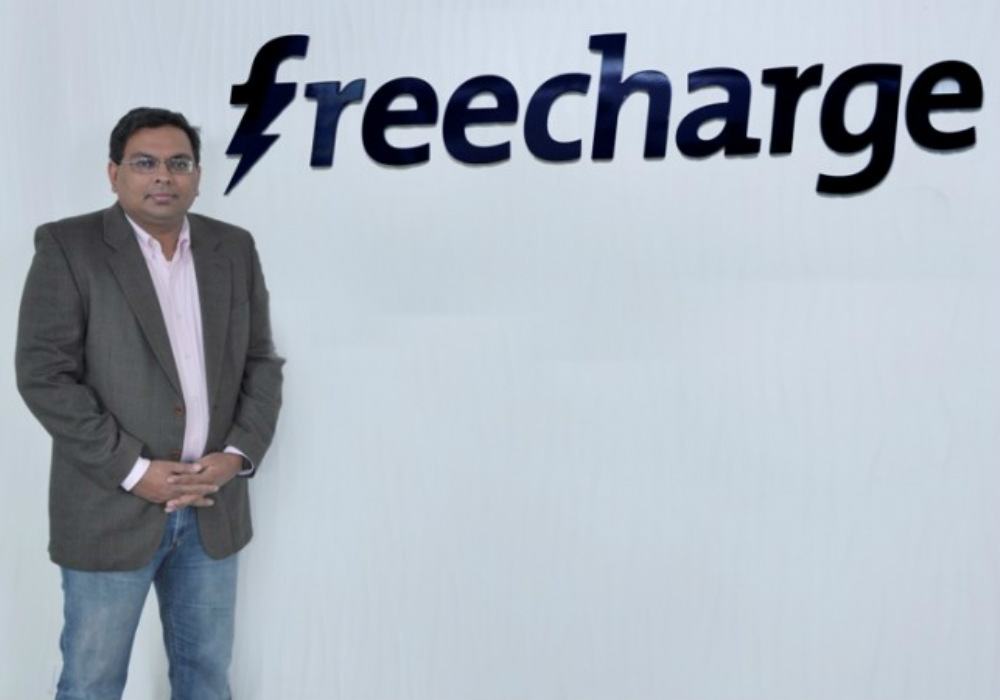 FreeCharge CEO Govind Rajan has resigned. Govind joined Freecharge in August 2015. He replaced Kunal Shah as the CEO in May 2016.
The reason for his exit is undisclosed. A company spokesperson confirmed the development to Inc42.

Snapdeal had acquired Freecharge for over $450 Mn through a mix of cash and equity in April 2015. Talking about his exit, Govind Rajan said, “It has been a unique privilege to helm FreeCharge in these exciting times of rapid growth and user focused innovation. I am confident that FreeCharge will achieve still greater heights under its incredibly talented team and I look forward to facilitating the transition over the next few weeks.”

In his previous stints, Govind was the Chief Marketing Officer (B2C) at Bharti Airtel and concurrently also served as the CEO for Airtel Money.

Going forward, Jason Kothari will oversee the business operations of FreeCharge as part of his overall responsibilities of portfolio management as the Chief Strategy and Investment Officer of Snapdeal. Jason Kothari, the interim CEO of Housing.com since Rahul Yadav’s departure, was onboarded by Snapdeal as Chief Strategy and Investment Officer in January 2017.

Talking about the exit, Kunal Bahl, CEO & co-founder Snapdeal said, “Govind has brought incredible energy and focus in growing FreeCharge. The pace of progress will continue with the strong team that he has built. I am sure he will bring the same level of passion and resolve to whatever he chooses next.”

FreeCharge has been weathering stormy seas in senior executive positions for a few months.

In May 2016, Snapdeal’s Chief Product Officer Anand Chandrasekaran quit the company. He was roped in by Facebook to work for its Messenger app.

In September 2016, Snapdeal launched a new brand identity “Unbox Zindagi” and unveiled a new logo. It reportedly invested about $30 Mn (INR 200 Cr) for the brand overhaul. The move aimed to reposition Snapdeal as a platform that seeks to better understand its users, their potential dreams, and partners them in their journey to a better life. But it seems it failed to keep in-house team players hooked to the game.

Sandeep Komaravelly, the Senior Vice President for Shopo, resigned in January 2017. Also, Abhishek Kumar, Head of Corporate Development who was responsible for fundraising activities in the company, left earlier this month.

As per a report by HT, Tony Navin, Head of Partnerships and Strategic Investments, also decided to move on after a seven-year, an quit the company earlier this month, following the exit of Abhishek and Sandeep.

A Snapdeal spokesperson confirmed this development with Inc42, and said, “After a long and successful stint spanning nearly 7 years, Tony Navin will be moving on, on account of his relocation from India for personal reasons.”

In February 2016, Snapdeal asked 200 of its employees in its consumer service department to improve their performance or head out.

In May 2016, reports surfaced that Snapdeal is reportedly planning to scale down operations in its regional offices including Bengaluru, Mumbai, Kolkata, and Hyderabad.

It decided to shut Exclusively in August 2016, its online platform for premium and luxury fashion goods that it acquired 18 months ago.

Earlier this month, it was announced that in the wake of cutting costs and conserving cash Snapdeal decided to shut down its app-only, zero-commission, affiliate marketplace Shopo. The platform reportedly stopped operations from February 10, 2017. Snapdeal also stopped the incentive programme for customers that it previously launched through affiliates.

(This development was first reported by ET.)