Sandes is seen as a homegrown alternative to WhatsApp, which is embroiled in the Pegasus controversy and lawsuits against the Indian government

Launched in August last year, Sandes was originally restricted for use by government employees and linked agencies 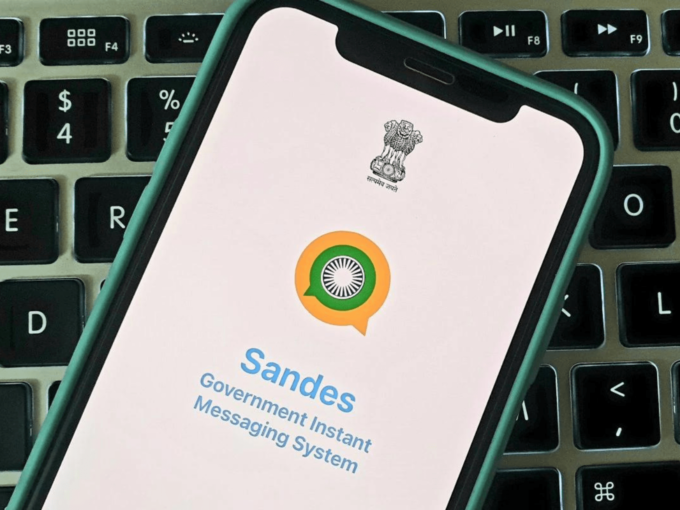 Amid the controversy surrounding the alleged use of WhatsApp spying tool Pegasus on Indian citizens, the Indian government has launched an official instant messaging platform called Sandes.

Launched on the Google Play Store and Apple’s App Store for all individuals, the app has been available for central and state government employees for official communications since August 2020, when the National Informatics Centre (NIC) released the first version.

Besides the Pegasus row, the Indian government is also locked in a dispute with WhatsApp over its privacy policy as well as the end-to-end encryption in the app, which is a target of the new Intermediary Guidelines, commonly known as IT rules.

Sandes is just like any other instant messaging app and anyone can register to use it with their mobile number or email ID. Currently, it is being used by government employees and agencies linked to the government.

Speaking on the launch of Sandes, Minister of State for Skill Development and Entrepreneurship and Electronics and Information Technology of India, Rajeev Chandrasekhar said, “Sandes is an open source based, secure, cloud-enabled platform. It is hosted by the government and on government infrastructure ensuring the control remains with the government only.”

The app has familiar features such as one-to-one and group messaging, file and media sharing, audio-video calls and egovernance application integration. Although there is no option to transfer chat history from Sandes to other apps or vice-versa, chats can be backed up to a users’ email.

As an additional safety feature, Sandes allows a user to mark a message as confidential, which, the app’s description says, will let the recipient know that the message should not be shared with others. The confidential tag, however, does not change the way the message is sent from one user to another, so it is simply a caution for users.

Additionally, in a year which was filled with feuds between social media platforms such as WhatsApp, and the Indian government, the launch of homegrown alternatives such as Sandes is also intended to drive more Indian users away from the global tech giants.

The launch of Sandes comes approximately 2 months after WhatsApp decided to sue the Indian government in the Delhi High Court, challenging the new information technology (IT) rules, claiming that the rules hamper user privacy. Under the IT Rules 2021, WhatsApp has to mandatorily share the origin source of any message, deemed objectionable by the government or law enforcement authorities.

Given the focus on homegrown apps and internet platforms, besides WhatsApp, even Twitter has run afoul of the Indian government. Like Sandes, the central government has turned to homegrown Twitter alternative Koo for official social media presence.

However, given that WhatsApp has a user base of at least 400 Mn users in India, Sandes is far from a direct rival at the moment. Currently, as per Google Play Store stats, the app has over 100K downloads with an average rating of 4.4 out of 5. It has received mixed reviews in the past few days, with many users complaining about issues with contact syncing and other aspects.