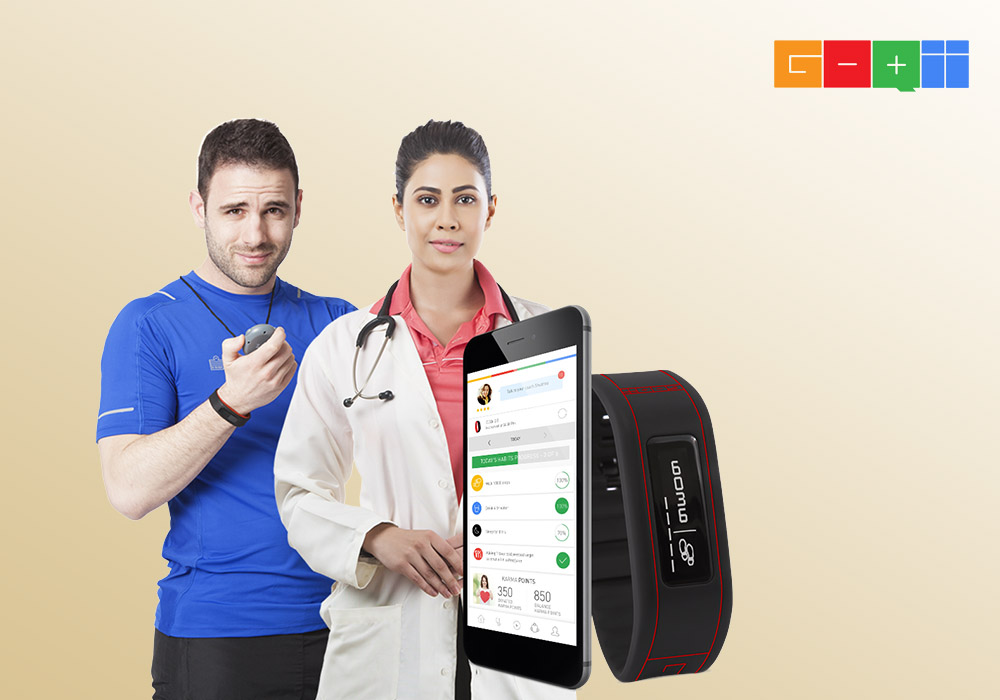 Founded in February 2014 by former Indiagames CEO Vishal Gondal, GOQii, a smart wearable helps in tracking your steps, sleep, and any physical activity. The company’s app can integrate with 35 major fitness bands including Jawbone, Fitbit, Garmin, Moov, Misfit, and Sony. Users have to decide on a goal and choose a coach to guide them on the application.

Talking about the investment, GOQii CEO and founder Vishal Gondal said, “With the recent developments and tie-ups on the platform, the investment from Tata is a testimony to us being a defining player of services in our category making long-term impact in people’s life. We feel honored and it further boosts our confidence to accelerate the pace of our growth. We will ensure that GOQii reaches new heights in the healthcare space in India.”

GOQii charges subscription plans for access to its coaches, who are available over pre-scheduled calls or instant messenger. Currently, it charges INR 3,999 for three months, INR 6,999 for a six-month subscription and INR 11,999 for an annual subscription.

Prior to this in November 2015, it raised about $13.4 Mn (INR 88 Cr) in Series A round of funding led by New Enterprise Associates (NEA) and China-based Cheetah Mobile. In addition, it raised capital from Vijay Shekhar Sharma of Paytm and Neeraj Arora.

As per a report by research firm International Data Corporation (IDC), India’s wearable market reached 400,000 units in Q1 2016 with fitness bands dominating the market and accounting for 87.7% of the market share. Meanwhile, smart wearables such as smart watches contributed to around 12.3%.

GOQii was also a part of the first batch of InsurTech accelerator programme by Swiss Re, a reinsurance company based in Zurich.

The Chairman Emeritus of Tata Group, Ratan Tata has invested consistently in 2016. Last month, Delhi-based IdeaChakki, a foodtech venture, also raised an undisclosed amount of funding from Tata. The startup also partnered with Enablers for their next round of funding. Prior to this in June 2016, Ratan Tata invested an undisclosed amount in e-ticketing portal Kyazoonga.

In May 2016, Tata added San Francisco-based medical emergency response startup MUrgency Inc to the funding basket. Other startups that have raised funding from Ratan Tata this year include NestAway technologies, FirstCry, CashKaro, Tracxn, Dogspot, Lenskart, Teabox, Invictus Technology, SnapBizz, and Moglix. Last month reports surfaced that continuing with his streak of investments in startups, Tata is reportedly planning to set up a venture capital fund.