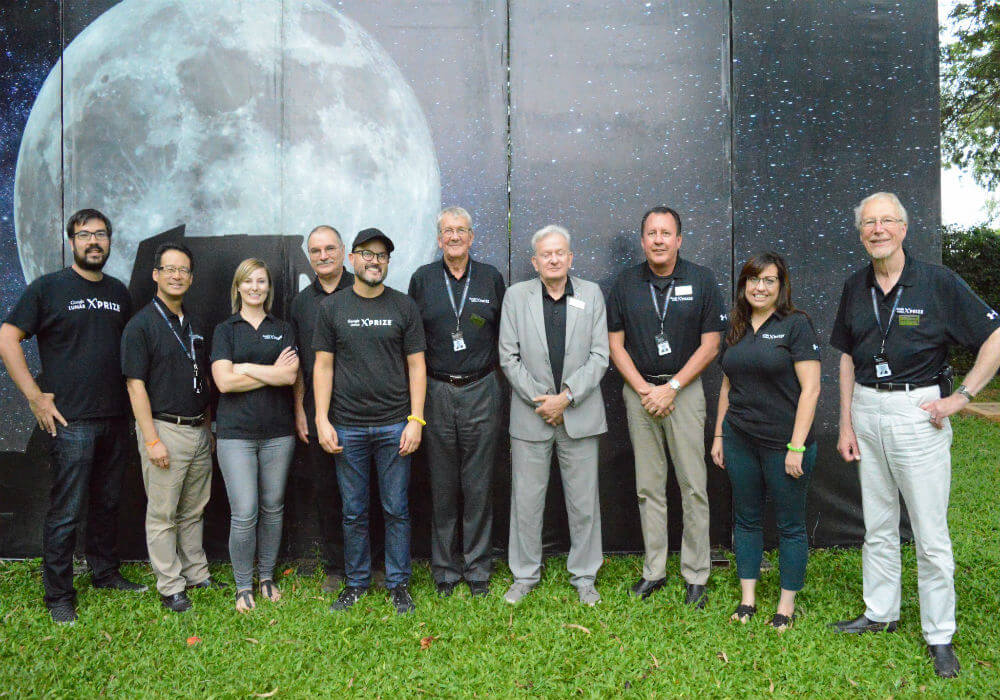 India’s first aerospace startup Team Indus has successfully showcased its various prep-milestones to the Google Xprize Judges’ Panel during their five-day visit to the Team Indus Facility, Bengaluru. Team Indus is one of the five Google Xprize shortlisted competitors to soft land at Moon’s Surface. Amid the deadline controversies regarding the lunar mission competition, speaking to the press, Chanda Gonzales-Mowrer, Google Xprize Senior Director has clarified that the final launch deadline has been set to March 31, 2018. The deadline was earlier said to be December 31, 2017.

Google Xprize competition aims to encourage private players to explore the space industry. The competition is about soft landing on the Moon surface, traverse 500m and send high-quality images back to the Earth. Out of 33 teams from 17 countries applied for the $20 Mn grand prize, five teams have been shortlisted as the finalists by the Xprize Judges. The teams are are Team Indus-India, Synergy Moon, Hakuto-Japan, SpaceIL-Israel, and Moon Express-USA. However, SpaceIL has voluntarily postponed their launch mission to 2019 and hence won’t be able to meet the deadline set by Google Xprize. Seven other competitors who failed to get launch contracts within the set time frame have also announced independent launches.

On the project development and the enthusiasm it created the world over, Chanda said, “I am delighted to see that Google Xprize has triggered innovating thinking in space exploration. The work done by Team Indus is a testament to how that objective is being achieved by a small team with a big heart. From  being the last team to sign up for the competition to being a  serious contender, Team Indus has come really a long way in this competition.”

Team Indus has already been awarded $1 Mn for successfully demonstrating the soft landing milestone; however, the team had earlier failed to achieve the mobility milestone within the set time frame. At their Bengaluru headquarters, the team showcased mission readiness of the spacecraft, its operations and control, launch verification, soft landing, 500 meters mobility verification and mission complete mooncast milestones. For the launch, Team Indus has already signed a contract with the commercial arm of ISRO, Antrix Corporation. Japanese Team Hakuto, one the five shortlisted competitors, has also partnered with Team Indus to their satellite launch.

One of the biggest and most difficult tech competitions that ever happened, the Xprize since its launch by Peter Diamandis in 2007, has gone through various ups and downs. Initially planned to get NASA’s funding for the competition, NASA failed to extend its support as the competition involved global teams while NASA is USA’s public funded organisation. However, soon Google came on board and increased the total prize money from the proposed $20 Mn to $30 Mn, out of which winner would get $20 Mn, 2nd winner to get $5 Mn and $5.25 Mn is already awarded to the teams which have achieved various technological advancements as milestones so far.

Winner will be announced on the basis of which team lands on the Moon first, traverses 500 meters, and sends high-quality images back to the Earth successfully.

In 2010, when it enrolled  for the competition, Team Indus was a two-member team, with no prior aerospace technology experience. Now it has become a 120-member startup company having successfully raised over $35 Mn in three rounds. Prof. Alon Wells, Chairman of the Xprize Judges’ Panel who reviewed the Team Indus preparations at its Bengaluru facility said, “We took a detailed look at the mission plan and the methodologies being employed to gauge the progress of the Lunar Mission. We are completely satisfied with the readiness and transparency that Team Indus showcased here. They are clearly on the right trajectory to make history.”

Team Indus is set to launch its spacecraft along with Japan’s Hakuto aboard the Polar Satellite Launch Vehicle (PSLV), from the Satish Dhawan Space Centre in Sriharikota in late 2017.

After a series of complex orbital manoeuvres, the spacecraft which is 2m tall and weighs 600Kg will have to attain a maximum speed of 10.5kms/s for a soft landing. Team Indus’ rover ECA once released onto the lunar surface will transmit high definition images to Earth.

After Google Xprize Panel’s green signal, Rahul Narayan, Fleet Commander, Team Indus said, “With the completion of this engineering review, it is now all about putting our heads down and not resting until we reach the Moon.” Within five years of its launch, Team Indus had raised $35 Mn from a clutch of investors including Subrata Mitra & Shekhar Kirani of Accel Partners, Sharad Sharma former Yahoo India R&D head, Vivek Raghavan, chief product manager of UIDAI, Pallaw Sharma director of analytics at Microsoft and serial entrepreneur Bala Parthasarthy among others. On the cost deficits, Rahul said, “We have already raised almost half of the fund needed to complete this Google Xprize lunar mission. More investors have shown keen interests in the project and have promised to come on board. So, we are not financially insecure, at present.” The total cost of the Team Indus lunar mission project is estimated to be $69 Mn (INR 450 Cr).

This is the first time, that private players have come forward to explore their lunar mission under Google Xprize. So far understood to be the public players’ checkerboard only, owing to the high risk involved, Team Indus has definitely triggered a new space for Indian tech startups to explore in.