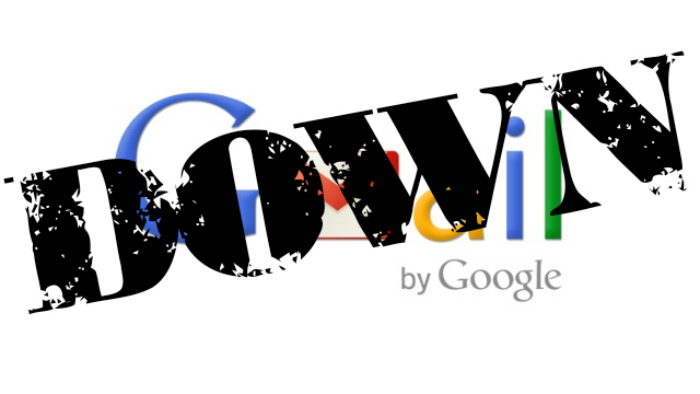 Few minutes back Gmail users were found reporting issues regarding not able to access Google Docs, Google hangouts and even their Google Contacts. According to the Down Right Now website, Gmail’s status during that time was found to be “Likely Service Disruption” 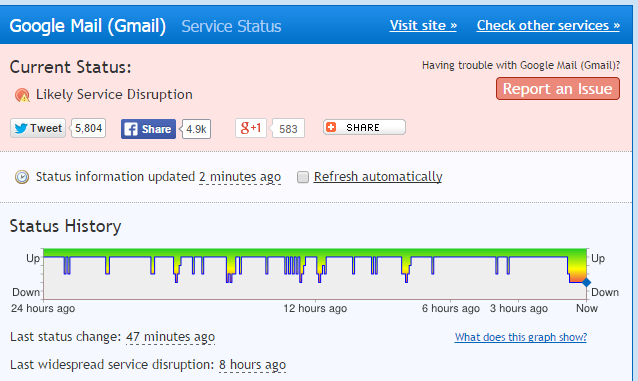 While accessing Google Contacts we found message stating – “Gmail is temporarily unable to access your Contacts.”

While talking to a few people, we found that the problem varied from one person to another. While some faced problem accessing Google+ and Hangouts, and few were not able to access gmail. Few pages were even showing 500 errors and few being just blank.

Here is Google Dashboard illustrating the scale of the outage: 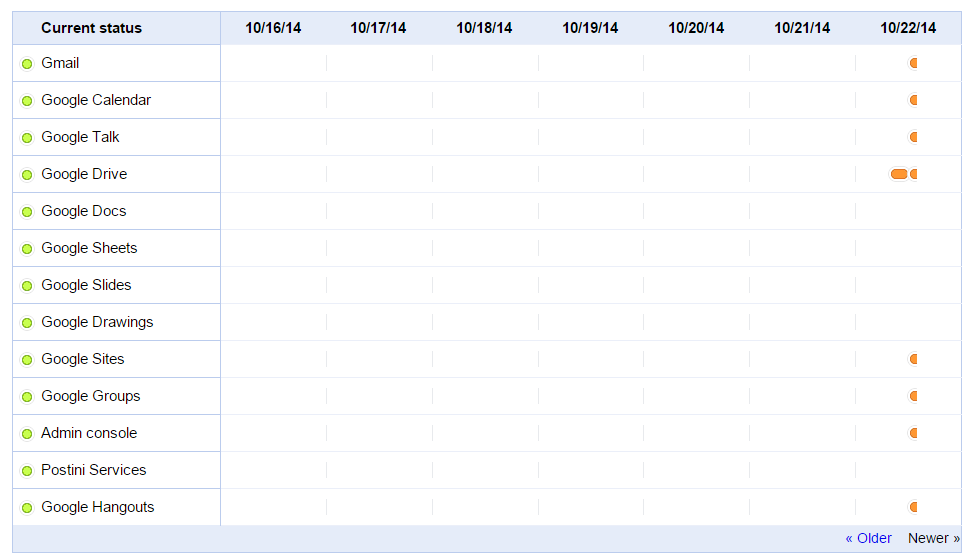