• Google has also partnered with four Indian banks in order to offer instant, pre-approved loans to customers
• It has added new features such as an increased number of places for payments to the Google Pay to ensure a seamless experience for users
• As a part of the rebranding, Google Pay will enable UPI-based payments on Play Store as well 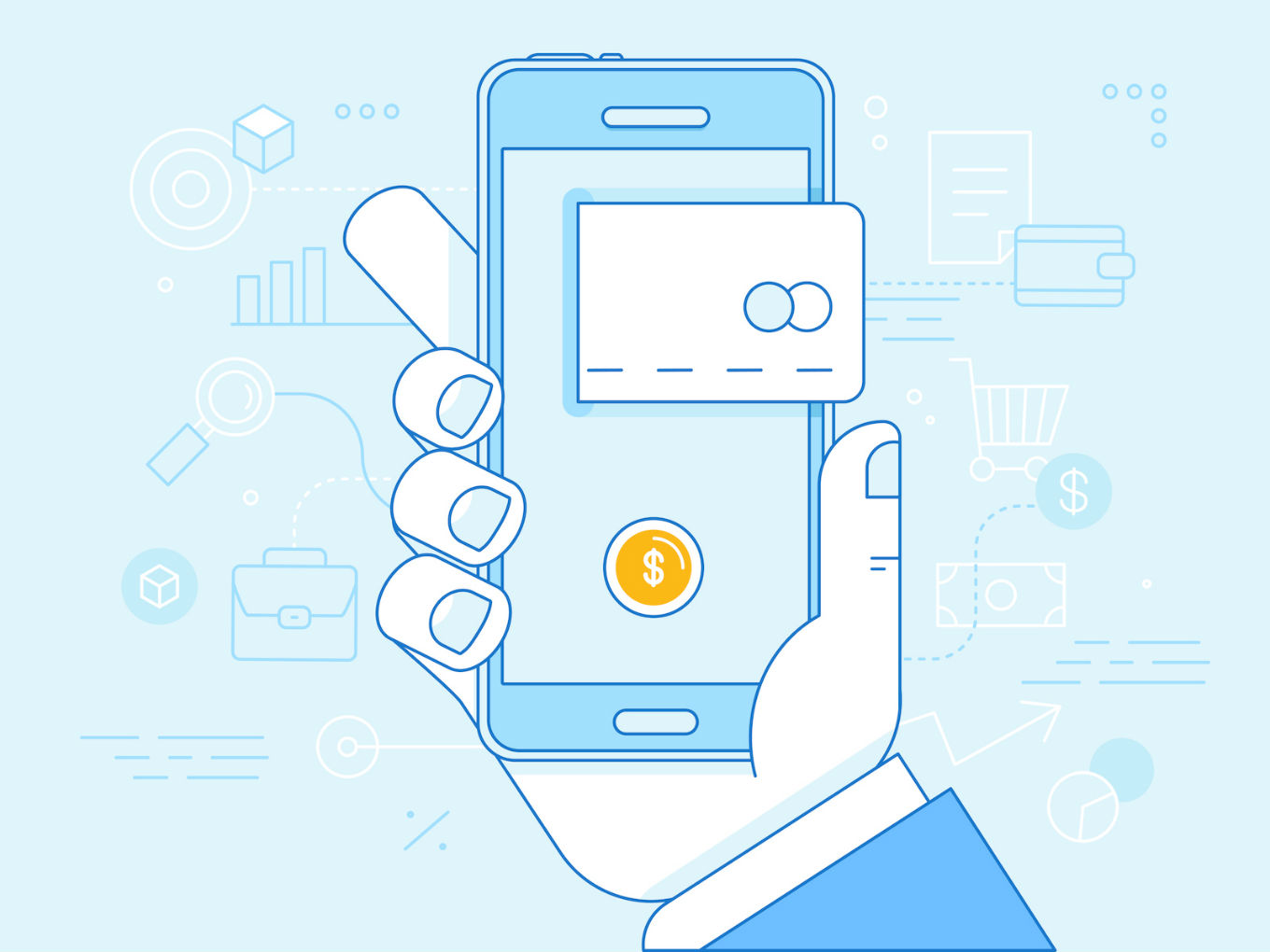 At times when WhatsApp Pay is facing trouble in rolling out its full scale India operations, global search engine giant Google has announced that it has changed the name of its digital payments application Google Tez to Google Pay on August 28.

Inc42 had earlier reported that Google is planning to rename Google Tez to Pay and may enable Unified Payments Interface (UPI)-based payments on Play Store as well.

Google Tez was launched in September 2017, and serves lives of more than 22 Mn people and businesses who use it every month. People from over 300,000 suburbs, towns, and villages use it to pay for their electrician, book bus rides, or split a dinner bill with friends.

To support the development, Google has also partnered with four Indian banks including HDFC Bank, ICICI Bank, Kotak Mahindra Bank, and Federal Bank in order to offer instant, pre-approved loans to customers through the Google Pay in seconds.

Customers will be able to use Google Pay to take out a customised loan amount from their banks, with minimal paperwork, and the money will be deposited securely and instantly by their banks into their banks account. 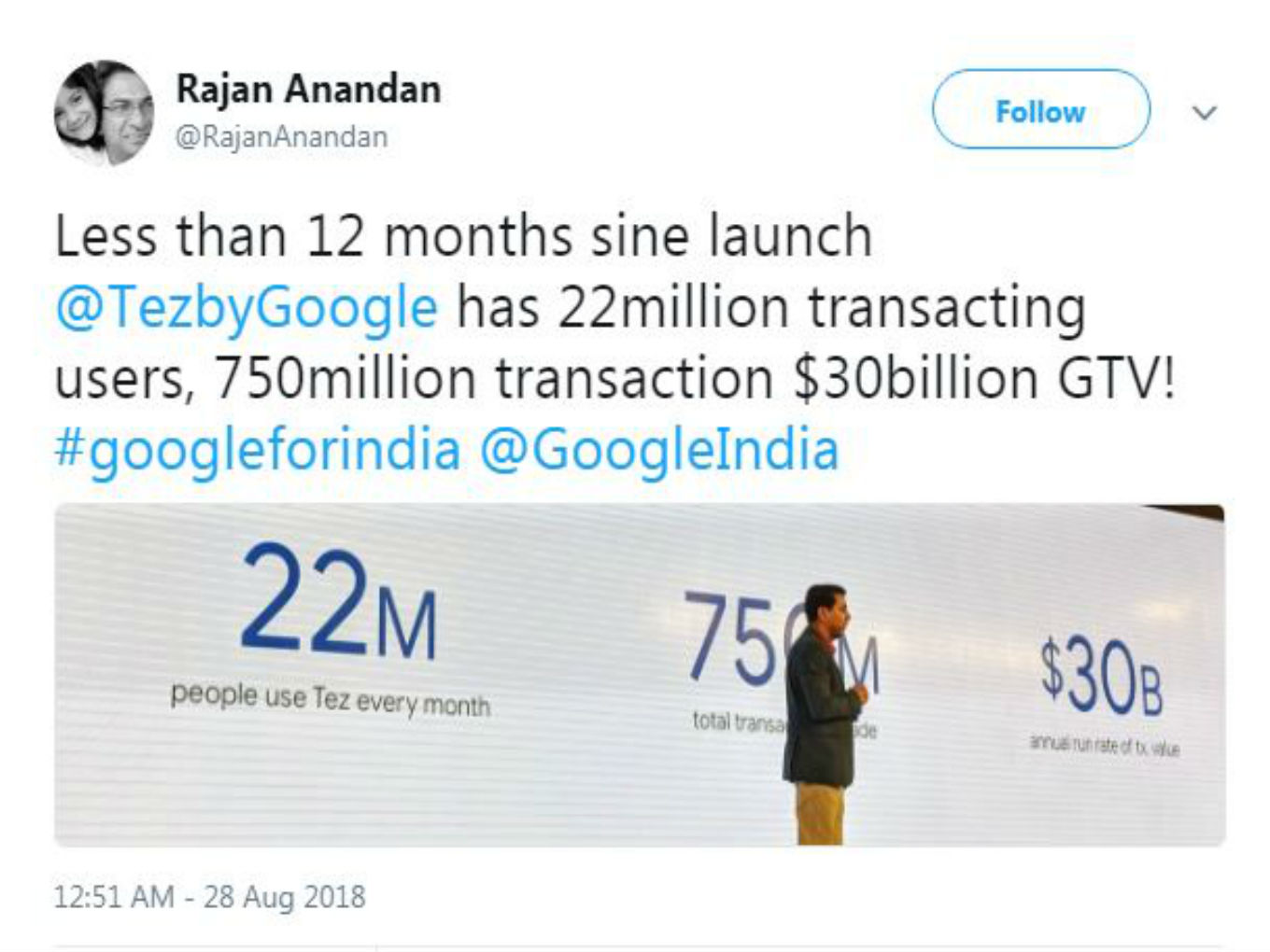 Along with other old features, Google has added certain new features to Google Pay which include the following-

More Places To Pay For Users

Google Pay will allow payments online on applications, websites, and branded retail stores. Moreover, more partners for transactions will be added along with the existing partners which include Goibibo, Freshmenu, and redBus.

The company will also be doing deeper integrations with BookMyShow. Google Pay can be used in the later part of the year for payments at retail stores such as Big Bazaar, e-Zone, and FBB.

Google Pay will also be working on building a dedicated merchant experience to help small business grow by helping them in getting discovered through Google Search and Maps, and ensuring communication through messages and offers.

Currently, these features are being tested with merchants in Bengaluru and Delhi.

The players in the Indian payment industry have been rushed towards growth for a while with the incoming competition from all directions. However, things are changing at fact pace now, segregating the dominating players from the masses.

For instance, in July 2018, Unified Payments Interface (UPI) has reported a 4% fall in the number of transactions, from 246 Mn in June to 235.6 Mn in July as revealed by the National Payments Corporation of India (NPCI).

Among all other major players, PhonePe has claimed the top spot and claims to have a 40% share of the market.

At the same time, Paytm has raised an undisclosed amount of funding from Warrent Buffett, who has invested through Berkshire Hathaway. As a part of the deal, Todd Combs, the investment manager at Berkshire Hathaway, has joined Paytm’s board of directors.

According to a reuters report, Indian digital payments industry is expected to reach $700 Bn by 2022 in terms of value of transactions.

It is also being expected that more than 80% of the urban population in India will adopt digital payments as a part of their routine by 2022 and 70% of the retail chains will adopt the same.