Will Google Eye Bigger Chunk Of The Startup Ecosystem In 2021 With Its India Digitization Fund?

Will Google Eye Bigger Chunk Of The Startup Ecosystem In 2021 With Its India Digitization Fund?

Tech companies are bullish about investments in India as companies like Facebook, Amazon and others have already either invested or showing interest in investing India’s startup ecosystem

Google's recent investments in Wysa, Glance and Dailyhunt signal a bigger focus on the Indian startup ecosystem, after its mega backing for Reliance Jio Platforms 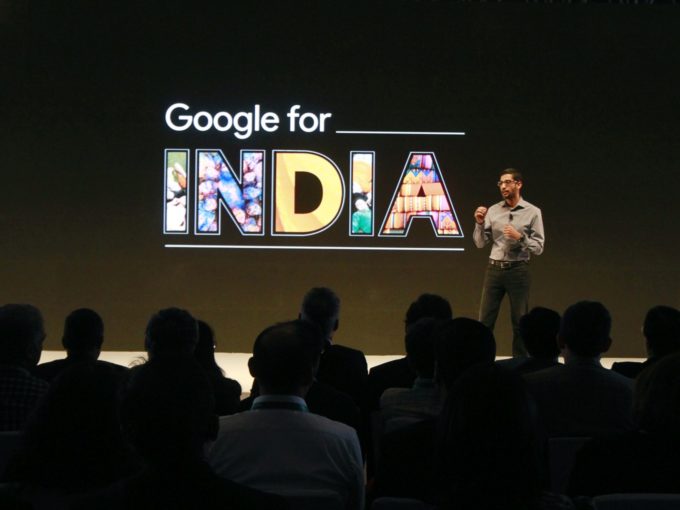 From Facebook to Amazon to Google — the world’s biggest tech companies are eyeing the Indian startup ecosystem with major investments backing their local businesses. In recent months though, Google has taken the centre-stage with its eye-catching investments in Dunzo, Wysa as well as the back-to-back rounds in Dailyhunt, Glance, which helped the two companies enter the unicorn club.

This follows the $4.5 Bn investment in Reliance Jio through the Google For India Digitization Fund which has committed to invest $10 Bn in the country in the next five to seven years.While Google has invested in startups from 2015 onwards, it’s only this year that the tech giant has solidified its approach with the dedicated fund.

“In the last two years alone, 100 Mn new internet users have come online from rural India. Data shows that rural consumption now accounts for roughly 45% of overall mobile data usage in the country and is primarily focused on online video,” said Caesar Sengupta, vice-president at Google and head of the wider ‘Next Billion Users’ programme within the tech giant, said in a recent blog post.

So the feeling is Glance and DailyHunt are just the beginning of Google’s journey, which began half a decade ago.

Google’s first investment came in 2015 in enterprise tech giant Freshworks which had raised INR 350 Cr through Google Capital, as well as Tiger Global and Accel Partners. This signalled Google’s backing for a company that was setting a fast growth pace. In the next few years, Freshworks would enter the unicorn club and in November 2019, Google once again invested in the company, now when the company is on pace for an IPO.

Then the focus fell on other sectors that were catching pace in India — healthtech and transport tech. The next investment from Google was in Practo, when doctor discovery was the biggest problem to solve. With the investment, Google was strategically backing a ‘search’ startup, which was right down its alley, while Practo had the funding and the strategic support from Google and other investors to expand rapidly.

Next, Google targetted the transport tech segment with Drivezy and GirnarSoft (CarDekho) in 2015 and 2016. These were categories on-the-rise at that time, while in 2020, Drivezy is having a tough time of it.

By 2016, Jio was making big inroads in terms of internet penetration so the time was to focus on consumer services as well as content. In the consumer services segment, Google invested in Magicpin, which was a discovery and rewards platform and hyperlocal services and delivery startup Dunzo. Google backed Dunzo in three separate rounds in 2017, followed by two other rounds in 2019.

This intense focus on consumer services startups after Freshworks changed in May 2020, when Google invested in a technology product in the form of Scribble Data. The deeptech startup develops an ML engineering product for enterprises to integrate ML features into their products.

Following this, came the spree of investments, including one in Wysa, which is yet to be formally announced by the company.But the company’s investments in Dailyhunt and Glance signal a shift towards content and video. In the overall video market, YouTube holds the top spot, but lags behind when it comes to short videos, which is where Glance and Roposo will play a part. On the other hand, the funding for Dailyhunt is part of Google’s commitment to the vernacular language internet ecosystem, which is a clear focus of the Google For India Digitization Fund.

Besides the funding rounds, Google has also been active on the M&As circuit. It had acquired Sigmoid Labs team, the Bengaluru-based startup which developed the railway tracker app Where Is My Train in December 2018, after acquiring Bengaluru-based AI (Artificial Intelligence) startup Halli Labs for an undisclosed amount in 2017.

In terms of mentoring startups, Google had launched an accelerator programme in 2018 called Google Launchpad, which has now been rebranded to Google for Startups Accelerator where it selects and mentors Indian startups through the early stages.

Will 2021 Bring More Investments From Google?

With more than half of the Google For India Digitization Fund still to be invested, 2021 could see Google finally become a major corporate VC firm in India, to compete with the likes of Microsoft’s M12 and Amazon. The investments in Glance and Dailyhunt, which took the companies into the unicorn club, underline the marquee status of Google as a VC fund.

Despite questions about the company influencing the market unfairly through the dominance of its products and services, Google is definitely a power to be reckoned with in the Indian startup ecosystem.

“These investments underline our strong belief in partnering deeply with India’s innovative startups and our commitment to working towards the shared goal of building a truly inclusive digital economy that will benefit everyone,” Google’s VP Sengupta added.

With inputs from Shubham Singh