Google Rolls Out Audiobooks On Google Play Store In India

Google Rolls Out Audiobooks On Google Play Store In India 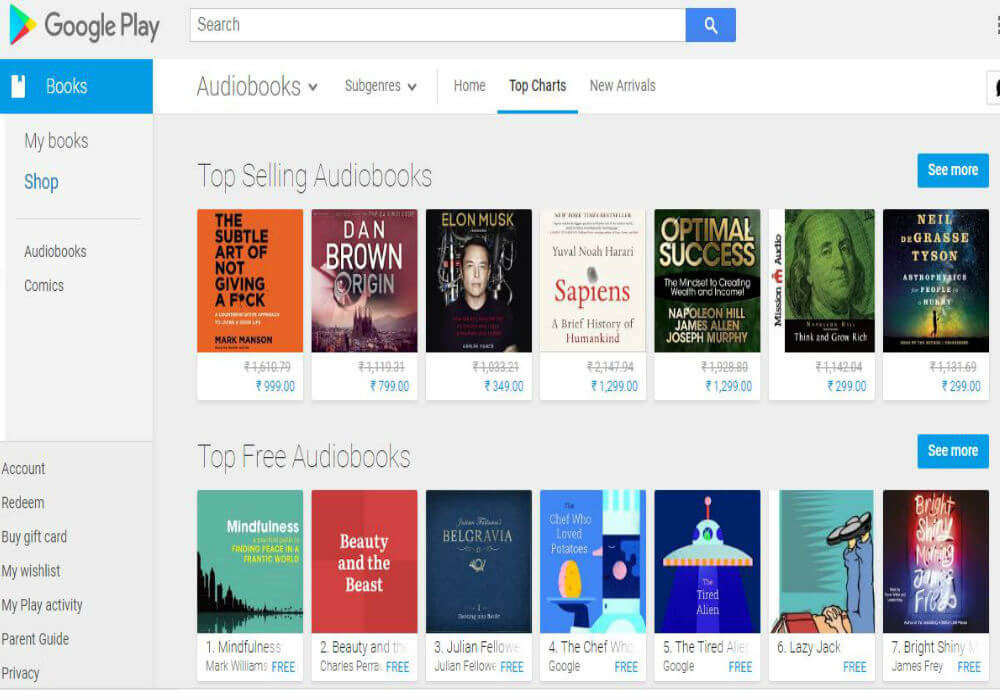 Google has rolled out Google Audiobooks in India along with 44 other countries globally in nine languages. The users can find the audiobooks on Google Play Store.

The official blog of the global search giant states, “Find your next great read at an affordable price, and enjoy it across Android, iOS and the web with Google Play Books, as well as on devices that include the Google Assistant, like Google Home and many others (where available regionally.)”

The audiobooks are available across various genres like Fiction & literature, Romance, biographies, and self-help among others. A user can buy a single audiobook and can also get a free preview of the book. In order to listen to the audiobook, a user just need to say, “Ok Google, read my book”.

Not only this, one can also sort his or her queries like to know the author of the book, set timer and more. “You can pick up where you left off no matter what device you’re using, with the Assistant or the Google Play Books app—on Android, iOS, Chromecast, Android Wear, Android Auto or even your laptop,” as stated on the Google blog.

For now, the Google Assistant integration with audiobooks is available only on Android phones and smart speakers globally in English.

Google has been bullish on India as a market in the last two years. At the second edition of its signature Google for India event in September 2016, Google had announced five new products that were tailored for expanding access to the Internet for Indian users.

These comprised new products built specifically for India, such as YouTube Go, the Google Assistant in Hindi for Allo, faster browsing for Google Play on 2G connections, as well as new, global platforms inspired by the needs of Indian users such as the Google Station WiFi platform and new data-saving features in Google Chrome for mobile.

With the launch of audiobooks, Google is also heading a step ahead against Amazon’s Audible, which is currently running in a pilot phase in India. Amazon Audible is also included in Amazon Prime, which is set to be launched in India soon.

Both Google and Amazon are trying to step out of their core and gain a larger market share in the Indian premises. A global search giant, Google has already announced its foray into Indian hyperlocal space with Google Areo which is currently delivering deliver food and home services for residents in Bengaluru and Mumbai.

Amazon, on the other hand, is trying to gain a foothold in online grocery, and food retail segment as well as digital payments.

In the audiobooks category, a number of Indian companies have also gained popularity in past few years. This includes names such as Reado, Books Talk and more. However, the market is fragmented and face challenges such as high cost of producing the first audiobook version (reproduction becomes less costly) and availability of artists who can narrate the books in various pitches and along with sound effects.

Google Audiobooks are certainly ahead of these challenges and can reach a much wider audience in India. Going ahead, it will also be interesting to watch the tussle between two global giants on the Indian landscape in different segments.