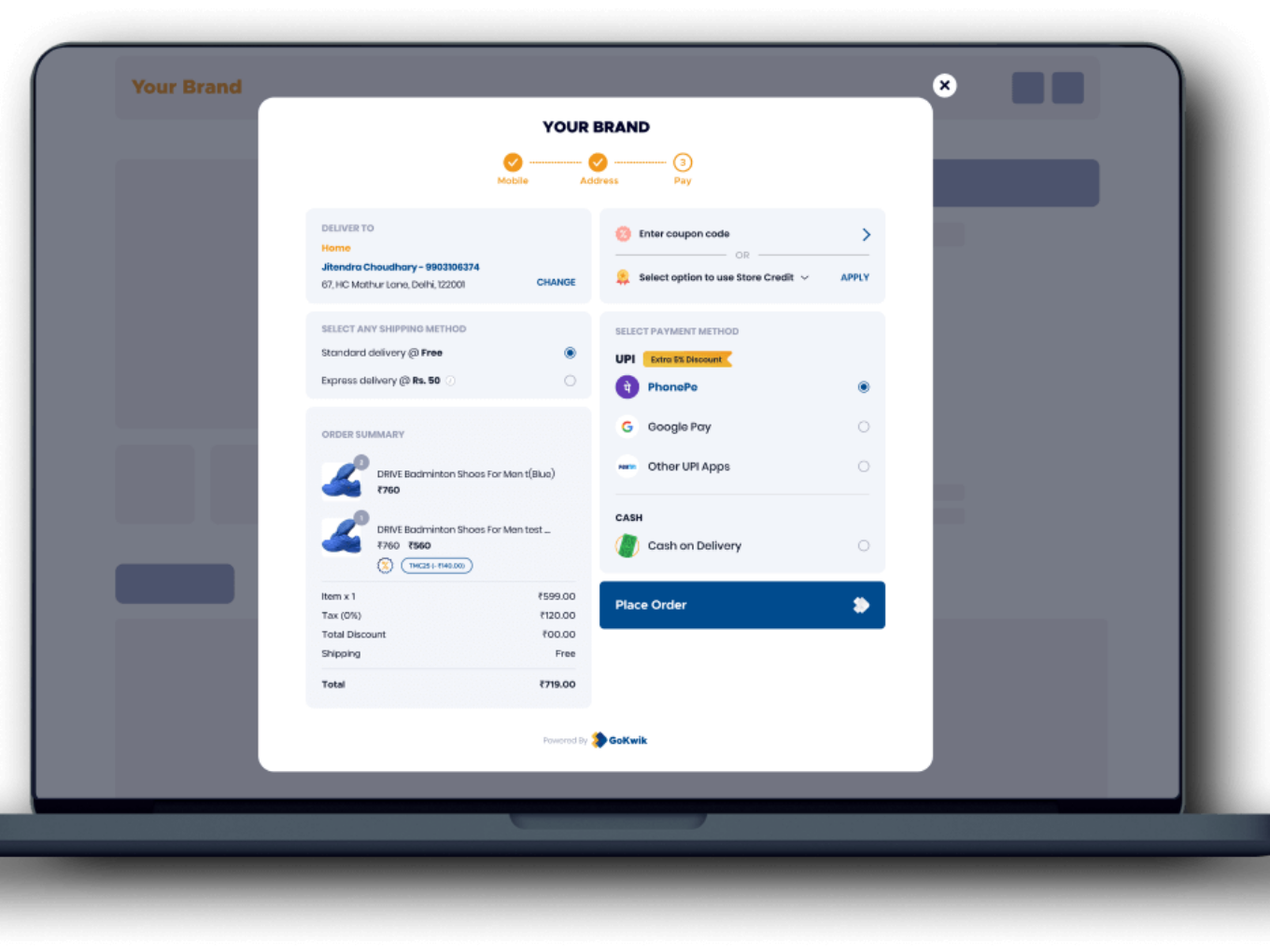 Matrix Partners India led GoKwik’s Series A round along with RTP Global; the startup plans to expand into the South-East Asia (SEA) and the Middle East and North Africa (MENA) market

As ecommerce platforms like Flipkart and Amazon dominate the direct-to-consumer (D2C) segment in India and witness colossal traction, niche D2C brands with dedicated websites, which have seen a 88% demand growth since the onset of the pandemic, are facing their own sets of underlying problems. Here comes ecommerce enablement company GoKwik that has devised solutions to address hard-hitting problems like return to origin (RTO) frauds, better cash-on-delivery (CoD) conversion rates for ecommerce players, including D2C brands.

“GoKwik as a platform engages in a success-based pricing model where we grow along with the brand. We believe in a ‘merchant first’ philosophy and use artificial intelligence and machine learning (AI/ML) technologies to solve hard-hitting problems like RTO to solve and enable better COD conversion rates for ecommerce players including D2C brands,” said Taneja.

GoKwik is also working on integrating a buy now pay later (BNPL) model into its offering. Taneja said the startup would be partnering with local and international BNPL solutions providers and offer it to customers in India and internationally.

According to eMarketer, ecommerce’s retail penetration in India is expected to see a 27% growth this year and make nearly $66.76 Bn in sales. While Flipkart and Amazon have a customer service solution for payments related problems, D2C websites fail to address several underlying problems, including customer conversion across the funnel — failure to retain customers from browsing to check-out — leading to a lot of GMV (gross merchandise value) being left on the table.

Besides, another major problem they fail to address is the return to origin (RTO) fraud, wherein customers return a product by either swapping it with a faulty product or by denying that they ever received the product in the first place.

GoKwik said it plans to invest the new funds to deepen its expertise, build new products, grow its tech team, and scale to international markets in Middle-East and North Africa (MENA) and South-East Asia (SEA).

The startup for now is a payment operator platform, but Taneja categorises it as a customer shopping experience problem solver focused on four broad buckets of problems that the ecommerce industry faces — discovery, selection, conversion and retention.

Taneja said: “It’s just that the initial problem statements have been related to payments, so it gives us a flavour of starting as a payments company, but we are not a payments company. For example, in the post-shipping experience, return is a problem we would want to solve for that.”

The startup plans to subsequently scale business in the remaining segments within the next five to seven years.

GoKwik claims to have tied up with over 75 brands, including boAt, Mamaearth, The Man Company, Heads Up For Tails, The Moms Co., and others.

It works on a take-rate business model. It charges a certain percentage of the revenue based on per transaction and on the value of the underlying Transaction Processed Volume (TPV). The company has a million customers and the average transaction size is Rs 1,000.

Taneja says that while many companies are trying to solve problems that aren’t pertinent to India, it focuses on problems relevant to the market.

For instance, chargeback fraud is a big problem in the US, but it isn’t prevalent in India because of the two-factor authentication. “We are trying to focus on problems that are relevant, such as RTO fraud, instead of trying to find solutions for chargeback fraud or something similar, which is not prevalent,” said Taneja.

It offers an AI-powered RTO product suite that supposedly provides 100% RTO protection using real-time analytics and dynamic CoD. It claims its RTO product helps companies save on an average of Rs 100-150 per order. In addition, the platform’s automated address correction, intelligent order confirmation, communication optimiser and other interventions improve delivery rate by 20%.

“We are poised to redraft the traditional playbook by offering personalised solutions to improve overall conversion rates, help register higher GMV with increased ROI and provide protection against risks such as RTO to ecommerce and D2C brands,” Taneja said.

The startup claims to rely mostly on organic marketing, wherein, Taneja mentioned, “All the leads/sales, which we have done, are very lean and a single member sales team today. Most of our leads have been inbound, but in future, you will see us doing more feet-on-the-street agency-led models.”

It claims its major customer attraction factor is its mobile-first design, auto-filled addresses and personalisation, which has helped companies get 20% higher conversion rates. The company is targeting a 20x growth in the transaction volumes in the coming 18-20 months.

Taneja refused to divulge in the financials, but he did highlight that since the reopening of businesses post the second wave lockdown, it has seen an almost 15% jump in UPI transactions on its platform.

GoKwik, which competes with startups like Cashfree, Instamojo, PayU, among others, plans to stay ahead by scaling its offering. It will soon be building a scalable infrastructure that can be stretched up to 10,000 queries per second (QPS). It is also working on building fast-paced large proprietary risk models, which more merchants can use.

Plus, it is working on building a secure data infrastructure on both the merchant and the consumer sides.

Besides BNPL companies, GoKwik also has partnerships in the pipeline with logistic companies and credit score companies, among others. The startup had already done a preliminary trial of enabling crypto transactions on its platform but didn’t find a real demand. Taneja said that the company will consider crypto offering once the demand amps globally and locally.