Godrej Will Invest Up To $62.6 Mn Over Next Three Years For Ecommerce & To Enhance Online Furniture Offerings The company has also confirmed an investment of about $62.6 Mn to facilitate online retail over next three years. The investment will allow Godrej Interio to enhance its production capacity.

Commenting on the development, Godrej Interio Chief Operating Officer Anil Mathur said, “We are coming up with a facility at Khalapur to expand our production capacity. The facility will be more for steel furniture and we are already in the process of expanding for mattresses and sofa in Haridwar.”

Godrej Interio currently has about 52 company-owned stores. As per a recent report, it will look to add another 8-10 stores, in line with the new development.

Furniture is placed under the 28% tax slab in the Goods and Services Tax (GST) regime and the company is trying to keep the prices from impacting customers. “We are holding on to the price and we are absorbing because for us the impact is 2-3%.”

This will not be Godrej Group’s first stint at taking a business online. It currently runs online grocery delivery platform Nature’s Basket.

In April 2016 Kishore Biyani-led Future Group acquired Rocket Internet-backed online furniture startup FabFurnish. A year later reports surfaced that the group was looking to take a break from the ecommerce war for two years. In recent years, major retail groups of the country have placed their bets on the ecommerce market. 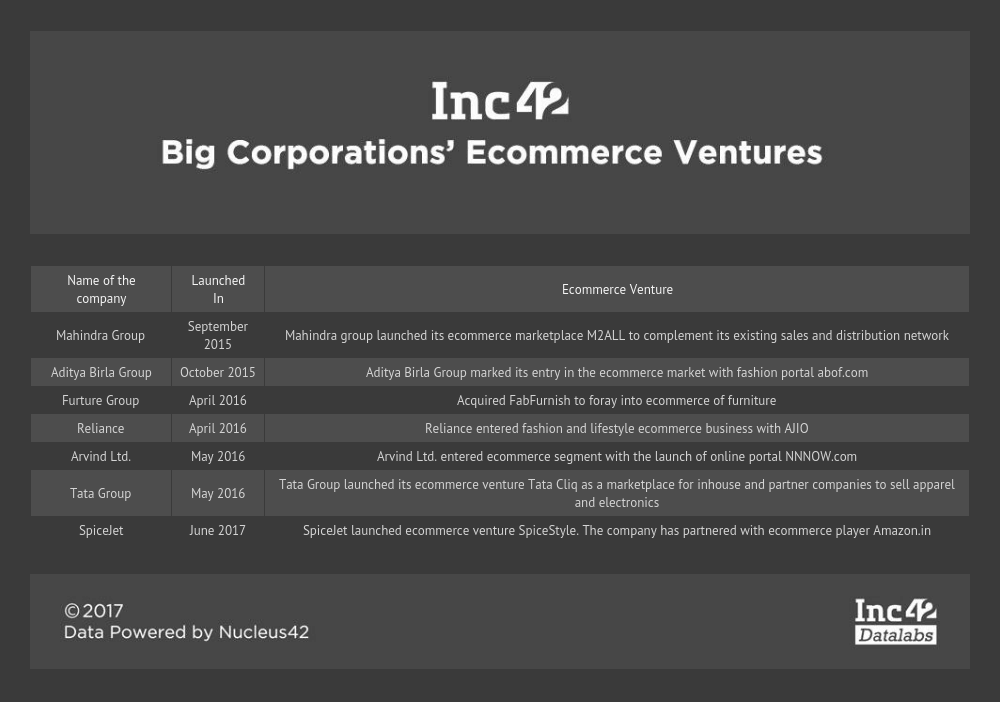 As per the latest report released by the (IIFT) and FICCI-CMSME in association with eBay India, the B2C ecommerce market in India is expected to store a potential of $26 Bn. The study also estimates that $2 Bn in revenues can be achieved by 2020 if the repository of B2C ecommerce is realised and explored.

Godrej Interio might be considered to be a little late into the ecommerce market for online furniture retail. But the current GST regime places furniture on a 28% tax rate. Once the group forays into online retail it will be in competition with UrbanLadder, PepperFry, Furdo, FabFurnish, Furlenco etc., apart from ecommerce giants like Amazon and Flipkart.