We Are Banking On Our Digital Wallet Go-Pay For The Foreseeable Future – Go-Jek CTO, Ajey Gore

We Are Banking On Our Digital Wallet Go-Pay For The Foreseeable Future – Go-Jek CTO, Ajey Gore 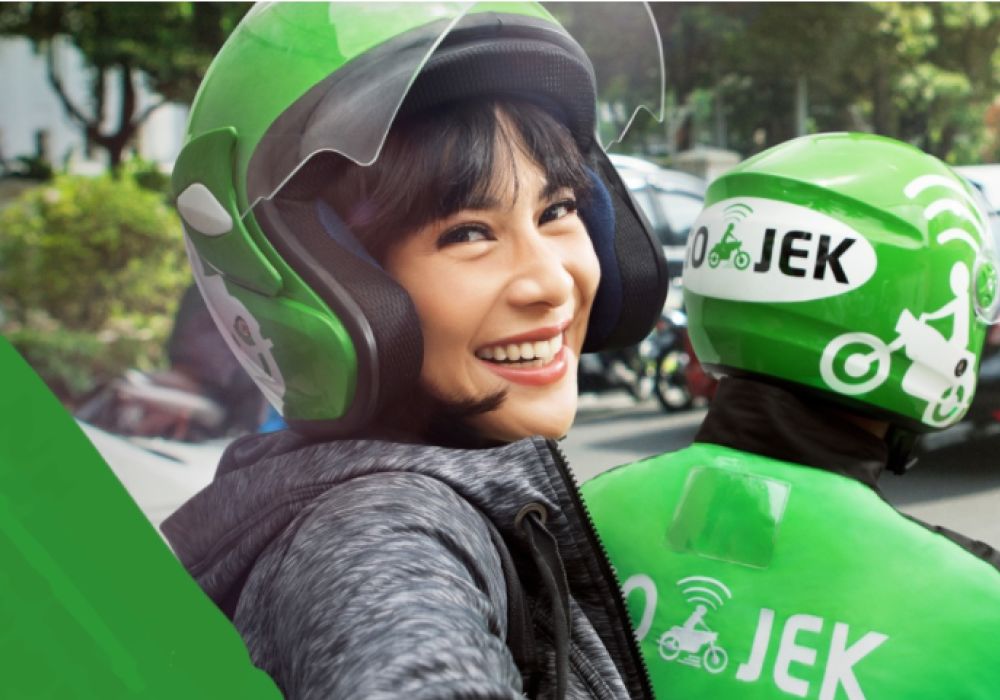 In recent years, Indonesia has become synonymous with Go-Jek in the startup ecosystem. What started off as a call centre for B2B transportation and legitimising travelling by ‘ojeks’ in the archipelago has now turned into a multi-billion dollar industry by itself. In the period between 2016 to 2017, Go-Jek added more than 10 new functionalities to brand the company into a platform for the average Indonesian – from Go-Glam (at-home beauty services) to Go-Tik (ticket and reservation service), from Go-Pulsa (prepaid mobile recharge services) to Go-Pay (the digital wallet) – Go-Jek has a finger in all aspects of the consumer Internet pie.

In the background of the Agile Indonesia Conference (AIC), to be organised by Go-Jek and held on July 12-13, 2017, Go-Jek’s newly crowned Group CTO Ajey Gore, spoke to Inc42. 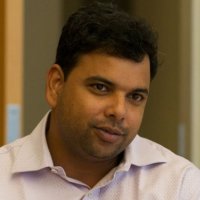 AIC promotes a platform where industry leaders share and learn how a state of agility enables teams and organisations to better deal with the natural complexity and unpredictability of the work of software development. During the conversation, Ajey threw light on his reasons for joining the unicorn after his company CodeIgnition was acquired by Go-Jek and why Go-Jek is counting heavily on its wallet play and more.

Go-Jek: The Journey So Far

Go-Jek began in 2011 when Nadiem Makarim, a Harvard graduate launched it to help the indigenous people by offering them a platform where their services could be availed – that of hailing an ojek for transport. The startup broke out, right around the time when Indonesia was experiencing an unprecedented growth in smartphone adoption and Internet penetration. They launched a native app in 2015 and turned into a mobile-first company. In less than a year, Go-Jek had claimed over 11 Mn downloads (on Android, iOS, and Windows.)

This move paid off handsomely, turning Go-Jek into one of the most prominent VC-backed companies in Indonesia. So far, it has raised three rounds beginning with an undisclosed amount from DST Global, NSI Ventures, and Sequoia Capital in October 2015. Using this investment, the small B2B and consumer-facing logistics startup scaled to add thousands of drivers operating in all the major cities of Indonesia – Jakarta, Surabhaya, Yogyakarta and Bali. Then came the $550 Mn round at a valuation of $1.3 Bn from investors such as KKR & Co. (Kohlberg Kravis Roberts & Co.) and Warburg Pincus in August 2016 – which put Indonesia on the global startup ecosystem map.

Other investors in the round were existing investors and Capital Group, Farallon Capital Management, Formation Group, Northstar Group, and Rakuten. And the most recent, $1.2 Bn funding round led by Chinese Internet company Tencent, gave Go-Jek a whopping $3 Bn valuation. With this round, Go-Jek is aiming to fuel its expansion in Philippines, Thailand, Myanmar and Vietnam and to further compete with Uber and Grab’s presence in the Indonesian region. The startup further plans to improve its digital payments feature and digital wallet, Go-Pay.

Entering the restaurant play with Go-Food in early 2016 and pPartnering with close to 40,000 restaurants as of today also increased the app’s popularity and adoption. This was the time when the company was growing at a MoM of over 100% and by the end of 2016, the overall system got scaled by more than 900% in about 18 months.

Today, Go-Jek claims to have about 250K drivers as of today, with $26 Mn app downloads. The drivers cover approximately 5 Mn kms a day, that is effectively seven-eight round trips to the moon and back. The only drawback the company states is that currently it is primarily present only in the urban centres.

The startup has made around five acquisitions to date including Codelgnition, C42, Leftshift, MVCommerce, and Pianta. The former two are of prime importance as they played a key role in solving one of the biggest in-house problems for Go-Jek in its initial days of launching the mobile app. Also, the company has recently participated in the $13 Mn Series A round of healthtech startup HaloDoc, thereby, integrating it with Go-Jek’s on-demand medicine delivery platform Go-Med.

How Go-Jek Appointed A Group CTO

When Go-Jek launched its mobile app in January 2015, the adoption of the app was swift and problems myriad. Both drivers and passengers complained about bookings that froze, rides that could not be cancelled and other apps “errors.”

It was a classic case of supply being unable to keep up with demand and, to combat this issue, Go-Jek trained its gaze toward India, specifically Bengaluru, which is known as the Silicon Valley of India for good reason. The Go-Jek team was on the look out for a solution to sort its app-related problems. And this is where CodeIgnition And C42 came in, for providing technological, backend support.

Ajey Gore, with extensive corporate and engineering experience, was the founder of CodeIgnition, “a cloud automation and scaling firm,” which he launched in 2013. His core team included co-founders – Sumit Gupta, Shraddha Gore, Shobhit Srivastava, and Mehak Kahlon. The startup at that time claimed to have expertise in tech infrastructure automation.

Meanwhile, Ajey’s best friend Sidu Ponappa had already started up with C42 -a boutique consulting firm in 2010.  Other co-founders of C42 included Niranjan Paranjape, and Aakash Dharmadhikari. C42 had been playing tech consultant for clients like Flipkart, Staples Labs, Quintype, UrbanLadder, and ThoughtWorks.

“We (CodeIgnition and C42) started working with Go-Jek trying to help them keep up with demand and scale without losing any users. Go-Jek hired us to help them increase their throughput. And we were working with them for three-six months before acquisitions talk really began,” says Ajey.

The official statement is that VC investor Sequoia stepped in and did a “little bit of matchmaking.” But the way Ajey puts it, they were already having a solid working relationship with Go-Jek. Finally, Go-Jek merged both the entities in February 2016.

Acquisitions and mergers are a tricky play on the best of days, so what prompted CodeIginition and C42 to take that ultimate step. “Acquisitions are about culture and value-add. The value-add includes what you bring to the table, the kind of business you’re running, and the people in it as well as your tech skills and capabilities. The culture is what keeps the two of you together. In Go-Jek’s case, their culture of openness, transparency, positive and constructive criticism coupled with our technical know-how made the process painless and fairly easy.”

In fact, as Ajey reveals, they never even had any meetings to formalise the merger. It was just business as usual. With the added exception of Ajey coming onboard Go-Jek as their new CTO in February 2016 and Sidu Ponappa taking over Go-Jek Engineering India at the same time.

Go-Jek Banking On Go-Pay: A Digital Wallet That Does It All

Today, the Go-Jek platform offers more than 12 services – including house-cleaning services (Go-Clean), automobile repair services (Go-Car), masseur services (Go-Massage) with 10K-20K vendors. According to Ajey, “In a year, Go-Jek has evolved from transport to B2B logistics to lifestyle to wallet and back to B2B. It’s a complete platform now.”

But, the one play the company and Ajey himself is most focussed on is the digital wallet play – Go-Pay. Go-Pay was developed in late 2015 and was launched in April 2016, along with a string of other services including Go-Tik (a BookMyShow-like equivalent) that allows users to book movie tickets, event and exhibitions and more.

This sort of technology is finally becoming possible in India with the integration of UPI, but has already been done by Go-Jek. For instance, prominent digital wallet players in India such as Paytm, MobiKwik, FreeCharge and others have managed to crack payments through mobile banking but have not been able to convert the same into a withdrawal facility, being provided by trusted vendors – apart from UPI.

That the company is uber serious about their wallet play is evident from the fact that they have tied up with Indonesian healthtech platform HaloDoc, with their on-demand medicine delivery service Go-Med launched in May 2017.

But Ajey is very clear on where Go-Jek stands on the digital payments front with its digital wallet. “The formalised banking industry in Indonesia is very strong. Yes, the system is fragmented and the population remains largely unbanked, but we are complementing the banks. We want to provide newer and more innovative use cases for the wallet, as at the end of the day, it’s all about acceptance.”

Recently, The Financial Services Authority (OJK) of Indonesia also inaugurated a FinTech Advisory Forum on June 16, 2017. According to OpenGovAsia, “The Forum will serve as a platform to set the direction for the Fintech industry’s development. It will “facilitate and ensure smooth, consistent, and constructive coordination between agencies, ministries, and relevant parties, and fintech startup players.”

Acceptance And Increasing Use Cases In Indonesia: The Go-Jek Future Roadmap

Ajey defines acceptance in two ways: firstly, raising awareness about the digital payments option. This has led to about 50%-60% of all payments on the platform coming through digital wallet Go-Pay. Secondly, increasing adoption through providing a plethora of services – everyday, essential services such as prepaid mobile recharge, at-home beauty, automobile repair, food and grocery delivery. This two-pronged approach is what the company is looking to leverage as it continues in its expansion plan.

In the current scenario, if we need to choose two prime services with high potential for Go-Jek, then they will be bike taxi service Go-Jek and digital wallet Go-Pay.

The main rivals of Go-Jek in Indonesia are Uber and Grab which do have a healthy presence across the country, especially in terms of transport, logistics, and food delivery. But Ajey calls this competition “healthy.” “The market is filled with competitors, but our innovation and the sheer vastness of our platform means we are competing with multiple entrants at all times.” ‘

This combination of innovation and vastness of platform is again echoed in the forward-thinking philosophy adopted by Go-Jek. And that is to go after people’s acceptance of the Go-Jek/Go-Pay platform.

In the coming year, onboarding mom and pop shops, as well as restaurants and ecommerce startups, are the stepping stones for the Go-Jek expansion plan. With the acquisition of other India-based companies such as Pianta and Leftshift, GoJek has further beefed up Go-Jek Engineering India and the backend of the Go-Jek infrastructure as they continue to expand in Indonesia and onboard more wallet use cases.

Ajey also shared that there are no further acquisitions plans on the horizon for the company as of now. “But we are always on the lookout for a good fit that speaks to the Go-Jek culture,” he added.

As stated before, Go-Jek is bringing Agile Indonesia to the archipelago, as part of this culture fit. Ajey discloses that, for Go-Jek, it is not about creating business or revenue. It’s about impacting Indonesia – social impact (bringing an entire archipelago under one umbrella platform), opportunities impact (for Ojek drivers to come onboard) and economic impact (providing affordable and convenient services).

“We are a tech community. And we want to ensure that the tech community in Indonesia flourishes by creating tech awareness, tech brand. Being part of Agile Indonesia is our attempt to do so,” he concludes hopefully. For a company that is touted as changing the way business is done in Indonesia and its newly crowned CTO, it does not seem like a pipe dream. Here’s looking at you, Go-Jek.