GiveIndia plans to scale its donor base from 1.7 Lakhs to 20 Lakhs over the next five years

GiveIndia has partnered with Ola, ICICI, McKinsey, HDFC, among others, for workplace giving 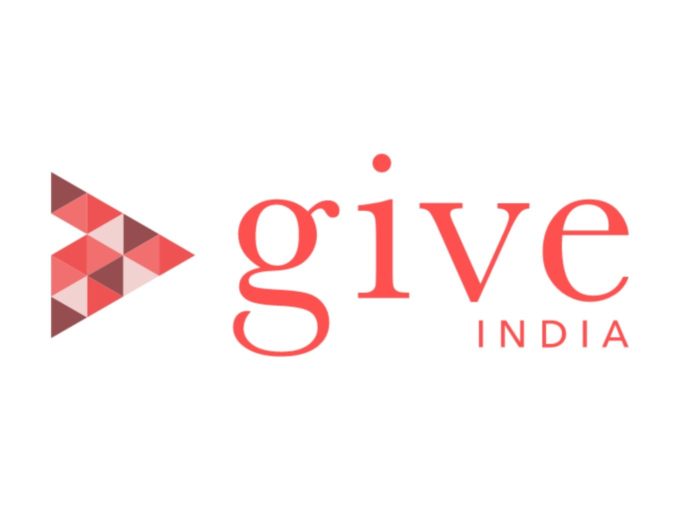 Bengaluru-based non-profit organisation, GiveIndia, on Tuesday, announced that it has received a combined grant of INR 23.4 Cr from A.T.E. Chandra Foundation, Bill and Melinda Gates Foundation, Omidyar Network India and philanthropist Vikrant Bhargava, towards its mission of scaling up every day giving in India.

Founded in 2000 by Venkat Krishnan, GiveIndia has been promoting the concept of giving for the last 19 years through its online donations platform and workplace giving partnerships and tie-ups with other online platforms such as Flipkart, Ola, Cred, BookMyShow, Grabon, among others.

With the new funds, the nonprofit organisation plans to scale up its donor base from 1.7 Lakhs to 20 Lakhs over the next five years. GiveIndia also plans to invest in developing its giving platform, further strengthening the team and widening the base of everyday donors in the country.

The organisation also claims to have grown from supporting over 400 NGOs to more than 650 NGOs in the last year alone and it plans onboard over 1000 NGOs over the next year.

GiveIndia is also looking to partner with online consumer companies and brands to make giving much more convenient, and collaborate with a wider network of corporates to promote giving at their workplace.

Atul Satija, CEO, GiveIndia said that the organisation serves millions of Indians every year, through over 750 nonprofit partners on our platform. “This grant will allow us to scale our impact further and get us closer to our vision of seeing every Indian giving back to address social issues facing India,” he added.

Robert Rosen, Director of Philanthropic Partnerships, Bill and Melinda Gates Foundation said that GiveIndia’s pursuit of bringing trust, convenience and choice for donors, is aligned with their organisation’s goal to enable more informed and intentional generosity by everyday givers.

Besides A.T.E. Chandra Foundation and philanthropist Vikrant Bhargava,  ICICI Bank has also supported GiveIndia in its past endeavours.

How GiveIndia Is promoting The Concept of Giving?

To promote the concept of giving, GiveIndia currently offers a suite of products which enables individuals to donate conveniently to any cause, directly on their online platform, at their workplace or through their partners.

The Bengaluru-based non-profit organisation also claims to have partnered with more than a hundred corporates such as Ola, ICICI, McKinsey, HDFC, among others, for workplace giving.

Speaking to Inc42,  Satija said on the online platform, the organisation runs two-yearly charity fundraisings challenges such as Charity Housie and Letzchange Fundraising challenge which has proven to be very successful in encouraging donors to support NGOs through their contributions. “We raised over INR 10 Cr last year across these two challenges alone and will continue to be a key growth lever for us,” he added.

Satija also said that so far the organisation has over INR 350 Cr in donations through various programmes and partnerships.

Moreover, during Daan Utsav, the festival of giving, GiveIndia partnered with several corporates to implement Joy of Giving and Wishtree campaigns to raise donations through employees for causes they cared about. “We also partnered with several consumer platforms such as Flipkart, Ola, Bigbasket, CRED, Meesho, Snapdeal and more, to run campaigns around causes so that their customers could also participate in Daan Utsav,” Satija added.

Moreover, its online platform allows an individual to contribute to fundraisers with urgent needs. The platform also allows donors to sign up for monthly recurring donations to other verified nonprofit organisations such as mid-day meal provider Akhshay Patra, Seva Mandir, among others.