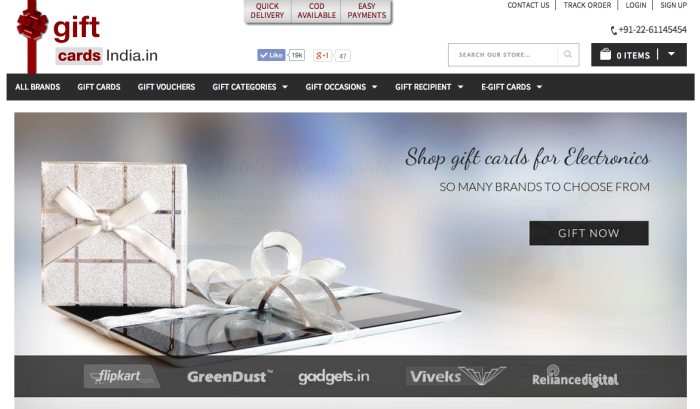 Mumbai-based GiftCardsIndia has raised undisclosed amount in funding led by Blume Ventures and Google India MD, Rajan Anandan. With this, the company has also acquired Blume backed and Mumbai based gifting startup Giftery.

The company plans to use the funds raised to expand the team, develop new product and increase its reach.

GiftCardIndia was founded by Firoz Khan, CEO at GCI Network, and Cory York, CEO and Co-Founder at Powerstores, four years back.

“We are very excited to work with Rajan from Google and the Blume team, especially Karthik. They have been some of the biggest supporters of startups in India. We will continue to press forward and build our footprint in the Indian market for the long run”. said Cory York.

“Independent of giftery, we’ve known GiftCardsIndia, it’s impressive team and traction for some time. Through the acquisition of Giftery and our ability to further invest into the business, we are happy to partner with GCI,” Karthik Reddy, Managing Partner Blume Ventures, said.

In this space, recently Snapdeal has acquired Noida based gift recommendation portal, Wishary.