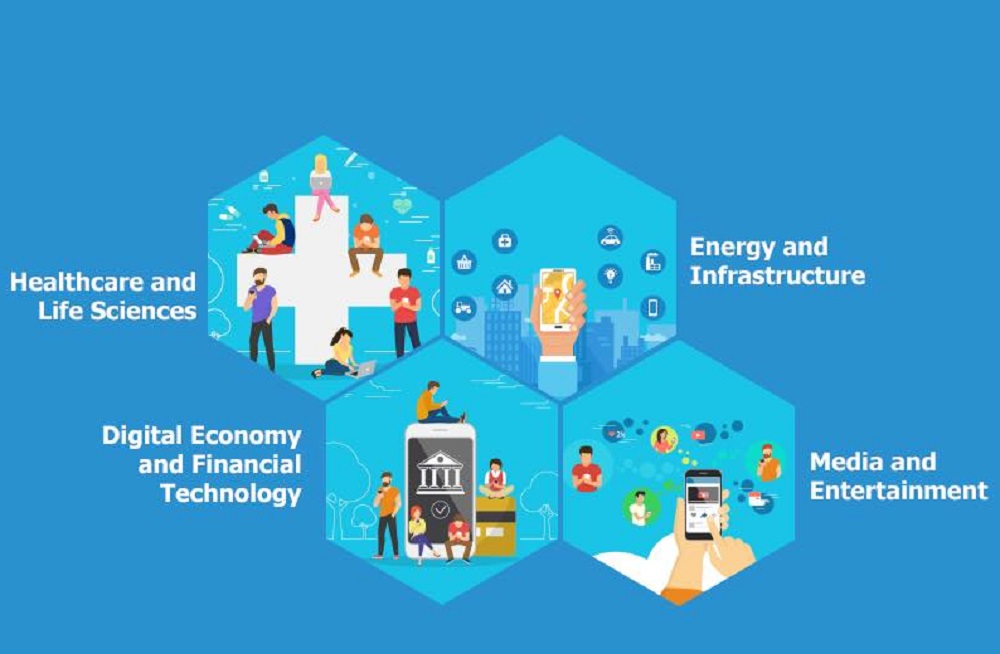 “A woman with a voice is by definition a strong woman. But the search to find that voice can be remarkably difficult,” says Melinda Gates, the co-founder of the Bill & Melinda Gates Foundation. The 8th edition of Global Entrepreneurship Summit aka GES 2017 seems to be an attempt for the same. The Summit, which is being organised annually since 2010 by the government of the United States of America, this time NITI Aayog has been partnered with to host it in India.

The summit will be held in Hyderabad from November 28-30, 2017 and will be addressed by PM Narendra Modi while the US delegation will be led by Ivanka Trump, Advisor to President Trump. 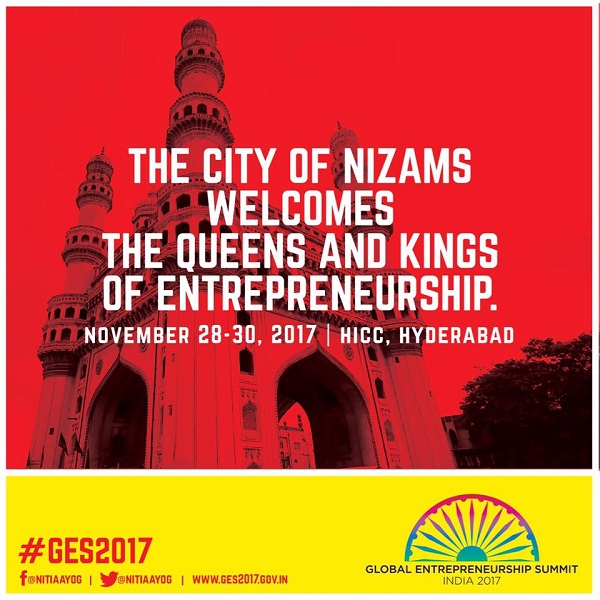 For the newbies, GES is the preeminent annual entrepreneurship gathering that convenes over one thousand emerging entrepreneurs, investors, and supporters from around the world. To date, the Summit has been organised all across the world from Washington D.C. to Istanbul, Dubai, Marrakech, Nairobi, Kuala Lumpur, Silicon Valley, and now finally Hyderabad.

President Donald J. Trump announced the Summit during the visit of Indian Prime Minister Narendra Modi to the White House on June 26, 2017. The theme of GES this year is ‘Women First, Prosperity for All,’ which highlights that when women do better, countries do better.

“GES 2017 will create an environment that empowers innovators, particularly women, to take their ideas to the next level. Their voices are critical to global security, prosperity, and peace.” as stated on the website of US Department of State. It further added, “Through two and half days of training and mentoring sessions, networking, and investment matchmaking, the United States and India will forge new collaborations and launch new initiatives, while reducing the barriers inhibiting international growth and innovation.”

Why Hyderabad, You May Wonder

Hyderabad, the capital of Telangana state, is home to India offices of a couple of US-based firms, has robust startup ecosystem, premier academic institutions, top-notch talent, and supportive government policies in place.

For instance, it is home to biggies like Microsoft, Facebook, and Google in India. While global ecommerce major Amazon chose the city for its largest warehouse (400,000 sq. ft.), with a storage capacity of 2.1 million cubic feet, Uber has invested $50 Mn in setting up a state-of-the-art facility in Hyderabad, which eventually will be its largest international office.

Further, Hyderabad has a growing network of investors who are now open to investing in startups and is gradually rising to the level of startups hubs like Delhi/NCR or Bengaluru.

Hyderabad is also playing host to many startup events like Startup Saturday, August Fest, Devthon, TiE which provide a platform, all of which are very crucial to young startups.

“Hyderabad, also home to T-Hub – India’s largest startup incubator, has all the ingredients to be India’s next startup capital. Hosting GES 2017 in Hyderabad will highlight India’s entrepreneurial spirit, and enable investors and entrepreneurs to witness the talent, solutions and opportunities that exist globally,” as stated on the GES India website.

GES 2017: What’s In Store For The Entrepreneurs?

As shared in an official statement by the GES 2017 committee, the event will highlight current state of Indian startup and tech ecosystem, encouraging its inhabitants for innovation and entrepreneurship – including actions by the government to increase the ease of doing business, eliminating unnecessary regulations and supporting startups

At GES 2017, over 1500 attendees, including entrepreneurs, investors, educators, government officials and business representatives will represent the full measure of entrepreneurial talent from diverse backgrounds across our nation and the world.

Through networking, mentoring and workshops, the GES empowers entrepreneurs to pitch their ideas, build partnerships, secure funding, and create innovative products and services that will transform societies for better tomorrow.

Also, to inspire the culture of entrepreneurship and share the aspirational nature of prosperity throughout the United States, India, and globally, the “Road to GES” series will also be hosted from September through November and beyond. This aims to further create transformative opportunities for investment as well as increase depth and breadth of inclusive collaboration to maximise the strength of cities/regions potential for prosperity.

“GES participants will be truly global, with equal representation from every region of the world. Entrepreneurs will represent a diverse range of geographies, industries, business size and scalability,” mentioned GES website.

Further, investors and representatives from organisations that support entrepreneurs will be hand-picked to catalyse investment, networking, mentoring and hands-on activities. There will be special emphasis on empowering young and women entrepreneurs and the role they play in making communities more prosperous and secure through enterprise.

In words of NITI Aayog CEO Amitabh Kant, by 2022-23, India should have 100,000 startups at a valuation of INR 75K Bn. “But for India to grow at 8-9%, gender parity is essential. Women entrepreneurs in India contribute only 17% to the GDP while globally it is 30%. Women entrepreneurs have to make it big to make a difference to the country and ecosystem.”

In line with this, the Indian government has come up with a number of initiatives to encourage women entrepreneurs. This includes schemes such as Trade Related Entrepreneurship Assistance and Development (TREAD) Scheme for Women; Bharatiya Mahila Bank, Mahila Coir Yojana, Mahila Udayam Nidhi and more. In March 2017, PM also announced to set up a Startup India plan for women with a fund corpus of INR 100 Cr.

The 15-year Vision Document of the NITI Aayo also proposes key reforms to enable women’ participation across various sectors. “The think-tank panel is also driving the inclusion of “Goal 5 (Gender Equality)”, which was adopted by the United Nations as part of the Sustainable Development Goal (SDG) in the policy-making of the government,” as stated in a recent media report.

Further, in 2016, NITI Aayog, in partnership with the United Nations India and MyGov, launched the first-ever Women Transforming India, an online contest to crowdsource stories of women making a difference, in form of essays. The competition was hosted again this year and 12 women entrepreneurs were felicitated.

Also, earlier this year, Priyank Kharge, IT Minister of Karnataka announced a fund of $1.4 Mn (INR 10 Cr) for women entrepreneurs of the state.

Thus, one can easily understand how clear Indian government is with its vision to bring Indian women entrepreneurs in the mainstream. With India expected to be a hub of over 11500 startups by 2020, India is all ready to embrace a global startup ecosystem. The partnership of NITI Aayog with the US government to host GES 2017 in the country is the proof for the same. The Agenda for GES 2017 will be released soon along with details about regional events leading up to GES 2017. Interested entrepreneurs can apply here.