The Indian gaming market was valued at $2.2 Bn in 2021 and is projected to grow at an estimated compound annual growth of more than 30% 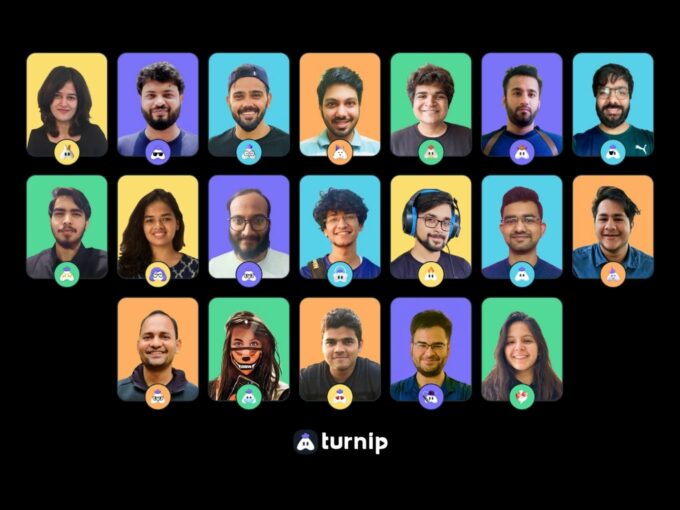 Indian mobile-first gaming community startup Turnip has raised $12.5 Mn (INR 92 Cr) in a Series A funding round co-led by Greenoaks and Elevation Capital. SEA Capital and Vibe Capital also participated in the round along with angel investors.

Founded in 2020 by Pooja Dubey and Aditya Sharma, Turnip is a platform that allows gaming creators to form clubs, stream and record their games for fans, have audio and video conversations, text each other, run esports tournaments and host classes.

The startup also allows users to stream and monetise their content on platforms including Twitch, YouTube and Facebook. According to the startup, it has grown from 250k users in November 2020 to more than 5 Mn users in 2021.

Turnip is aiming at more than the Indian market—it claims that more than 45% of its 5 Mn users are from outside India, with users from Southeast Asia, Latin America, the Middle East and North Africa regions, the United States and Europe.

“Today’s streamers and other creators want to cultivate deep, personalised, and persistent relationships with their fans, with a richness that’s impossible to achieve on Twitch or YouTube alone. Turnip is building a platform that transforms passive viewers into an actively engaged community,” said Neil Shah, partner at Greenoaks.

The Indian gaming market was valued at $2.2 Bn in 2021 and is projected to grow at an estimated compound annual growth of more than 30% to become a $7 Bn market in the next four years according to RedSeer.

India’s gaming industry had the highest percentage of first time paying users in the world in 2020 (40%) and 2021 (50%). A young population with disposable incomes growing in tune with digital access is expected to contribute further to the growth of the industry.

“The product puts gamers, a large proportion of digital creators today, at the centre and lets them imagine completely new experiences for their community. Turnip’s spectacular growth and global reach in the past year further cements our belief in their vision and we are thrilled to reaffirm our partnership in this latest funding round.” said Mayank Khanduja, partner at Elevation Capital.