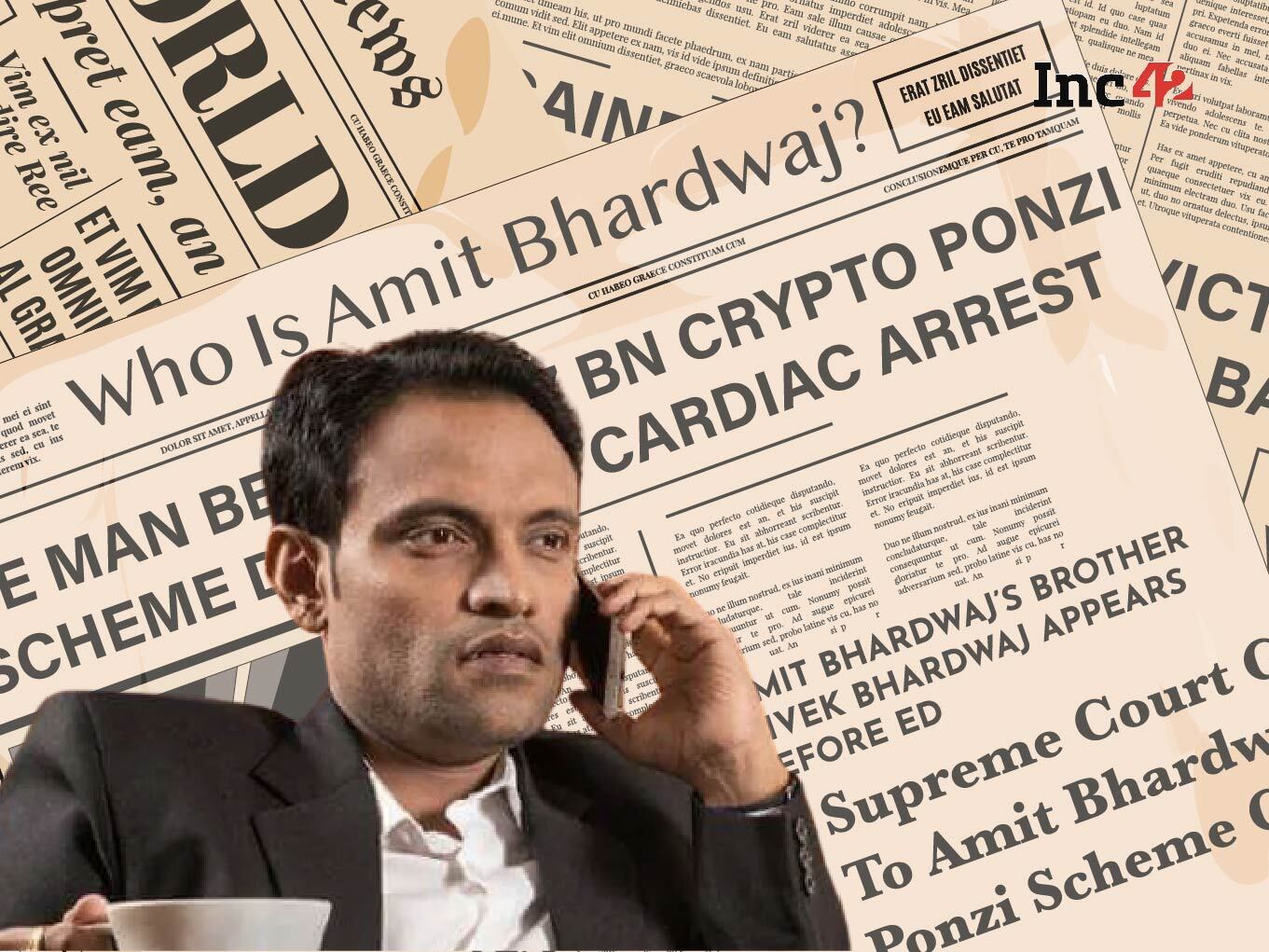 In a separate investigation by ED, key accused Ajay Bhardwaj has been summoned by the ED and is currently being interrogated

In the latest development related to the GainBitcoin case, Pune Police has arrested two cybersecurity experts named Pankaj Prakash Ghode (38), and ex-IPS Ravindranath Prabhakar Patil (45), for illegally transferring crypto worth INR 20 Cr recovered during the investigation to their own wallets.

The two accused were presented in the District and Sessions Court, Pune. The court has ordered police custody of seven days for both the accused.

The duo had assisted the Police in recovering cryptocurrencies from GainBitcoin Ponzi scheme accuse Amit Bhardwaj, Ajay Bhardwaj, and their team members. With the help of these two, the Police had arrested 17 people and seized 241.475 bitcoins, 452 bitcoin cash and 94 ether from Amit and Vivek Kumar Bhardwaj.

According to the FIR reviewed by Inc42, in order to further understand the fraud, the Police had handed over the data and wallet link to Patil and Ghode. Instead of handing over the cryptocurrencies to the Police, the duo transferred part of those cryptocurrencies into their own wallets.

The duo had allegedly transferred crypto worth INR 20 Cr from the wallets related to GainBitcoin case. The police has also seized 15 mobiles, 8 laptops and PCs, 17 pen-drives and nine hard disks from the two accused.

A source close to the investigation told Inc42, that the FIR and arrest have been made after an internal inquiry ordered by the Pune Police DIG back in 2020

The duo is accused of producing fake and forged documents to the GainBitcoin investigating team and allegedly bought expensive cars out of the alleged fraud.

Meanwhile, the Enforcement Directorate (ED) has summoned another key accused Ajay Bhardwaj. Ajay is the brother of late Amit Bhardwaj — the mastermind behind the GainBitcoin scam. He was arrested in March 2018 and released on bail in April 2019 on health grounds.

Sources close to the ED investigation told us that Ajay has joined the investigation and in fact today (14th March 2022), he is being interrogated by the ED officials.

Earlier this month, the Supreme Court, had ordered the ED to file the developments in four weeks. The case will now be heard on March 28, 2022.

Some of the significant transactions have been made to the wallets of foreign exchanges such as BitMEX, Bitfinex and other exchanges. While these exchanges have not been cooperating with the Pune Police investigation, ED, which is much more powerful has not widened the investigation.