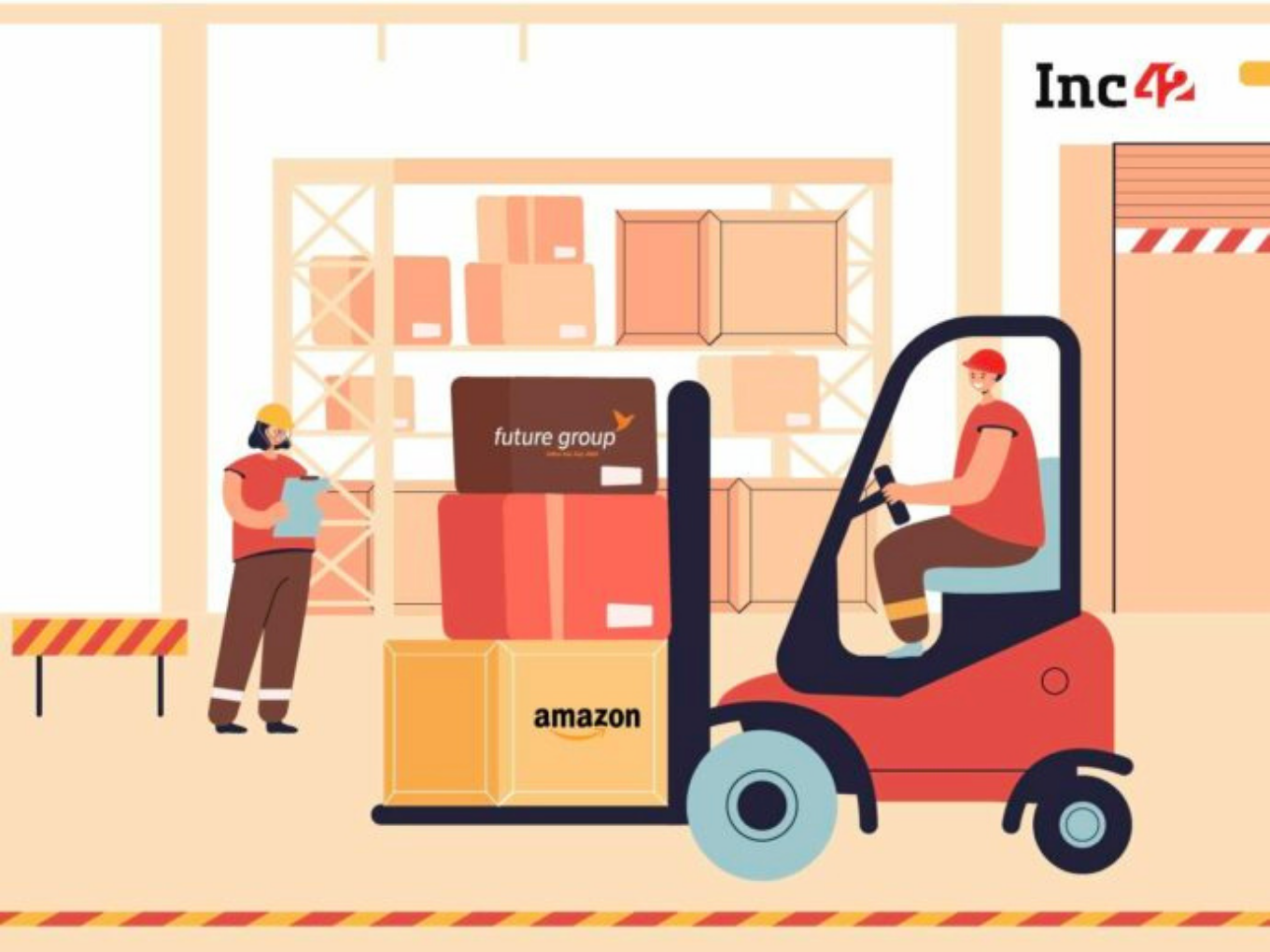 If any shareholder is restricted due to any contractual obligation, then that would not affect the proceedings of the meetings: Future Group

Future Group’s shareholders will convene for a meeting on April 20 and 21 where it would seek approval for the INR 24,713 Cr sale to RIL.

Days ago, Amazon had issued a veiled threat, warning Future Retail against holding the “illegal” meetings

The standoff between ecommerce giant Amazon and Future Retail Limited (FRL) refuses to abate. In escalation of hostilities, FRL on Friday (April 15) said that the meeting of its shareholders, scheduled next week, is compliant with directives issued by the National Company Law Tribunal (NCLT).

In a regulatory filing, FRL said, “The said order has been issued by the NCLT, after considering all the facts and information submitted by the parties and specific objections filed by Amazon.Com NV Investment Holdings LLC vide an intervening application and the order dated 15th February 2022 issued by Supreme Court on the same subject matter.”

The statement holds importance as the meeting has been convened to approve the sale of FRL’s assets to Mukesh Ambani-led Reliance Industries Ltd (RIL).

The statement comes barely days after Amazon issued veiled threat, warning FRL against holding the meetings. In a letter written to Kishore Biyani and other promoters of FRL on April 12, Amazon said that the shareholders’ meetings were illegal.

It further added that the meetings would not only breach a 2019 agreement when Amazon made investments into FRL’s promoter firm but would also violate a Singapore arbitral tribunal’s injunction on the sale of retail assets to Reliance.

Covering all the loopholes, FRL also made its stance clear on the procedure for voting on resolutions by shareholders. The Kishore Biyani-led company said that if any shareholder is restricted due to any contractual obligation, then that would not affect the proceedings of the meetings.

The escalation comes a month after the NCLT gave its nod to the Future Group to convene the meeting of its shareholders for seeking approval for the mega deal with RIL.

The Drama Over The Deal

At the heart of the dispute is the INR 24,713 Cr sale of Future Group’s retail assets to RIL that was announced in August 2020. Amazon claims that due to its indirect stake in Future Retail (via its 49% shareholding in sister company Future Coupons), Future Group is prohibited from carrying out the transaction with RIL.

To add to this, two sides have also been warring on a slew of issues and have dragged the matter to a host of adjudicating bodies across borders. While some matters have gone in favour of Amazon, others have seen authorities siding with FRL and RIL.

After reports emerged of RIL’s takeover of the properties of Future Group in late February, Amazon had proposed one-on-one talks with Future Group to resolve the standoff. However, the talks collapsed on March 15, with the ecommerce giant launching an open attack against the Indian companies.

Adding to the issue is the public confrontation between RIL and Amazon. Late last month, the US-based ecommerce platform had taken out large ads in many Indian dailies, accusing both FRL and RIL of indulging in fraudulent practices.

This came after RIL,, in February, quietly started taking over the rental leases of stores run by Future Group. Later, the beleaguered retail giant accused RIL of forcefully taking over its stores. Future Group’s prized possession includes more than 1,700 outlets, including the popular Big Bazaar stores.

Earlier this month, reports also stated that the US ecommerce major had accused FRL of allegedly pursuing an ‘elaborate and orchestrated fraud’ to secure a favourable verdict in the courts.

Hitting back, FRL recently alleged that Amazon had successfully destroyed an INR 26,000 Cr company. The company also informed the Supreme Court earlier this month that it was barely ‘hanging by a thread’, adding that its bank accounts were frozen and was even unable to pay rent.

Further, Bank of India on April 15 also filed a petition before the NCLT to start insolvency proceedings against the debt-ridden Future Retail.

The Kishore Biyani-led company is currently saddled with a debt of more than INR 10,000 Cr, including short-term and long-term loans. The merger is seen by the company as a way out of the financial mess.