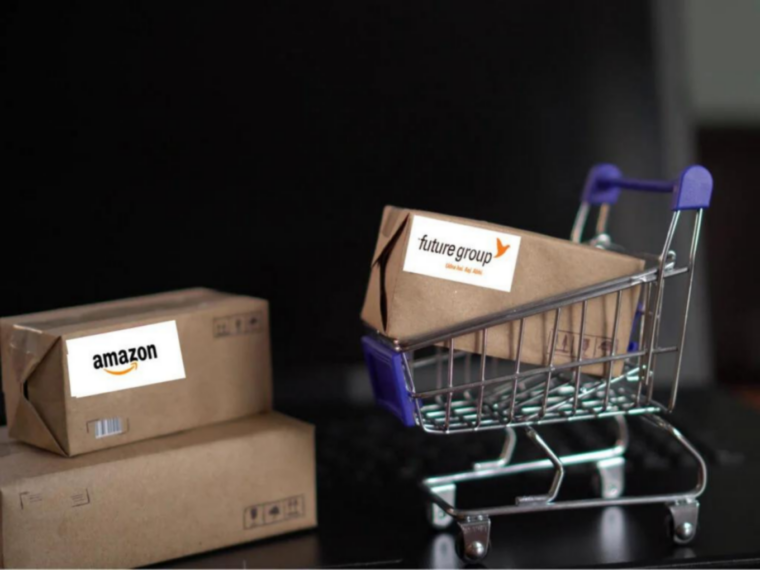 Future Group had assured the high court that these stores will only move after the scheme has been sanctioned, its counsel said

Future Group has not disclosed and shared necessary details to the stock exchanges related to Reliance’s takeover of its assets, ecommerce giant Amazon has told the Delhi High Court.

Reliance had taken possession of properties and about 800 stores belonging to Future Group in February this year after the latter failed to pay rent amount of INR 4,800 Cr for more than a year.

There were also reports suggesting that several employees at the Kishore Biyani-led Future Retail Limited (FRL) stores, including BigBazaar, have received offer letters from Reliance. As Future Retail was unable to repay its rents to landlords, the stores were taken over by Reliance.

According to a report by Mint, Future Retail never revealed the lease transfer of about 800 stores to Reliance, until the news became public, neither to the Supreme Court (SC) during the hearing of the Amazon-Future Group litigation nor to any stock markets in regulatory filings, Amazon’s counsel submitted before the court.

FRL said in an exchange filing on February 26, that the company was finding it difficult to finance working capital needs and “termination notices have been received for a significant number of stores due to huge outstanding, and we would not have access to the stores”.

The development came to light on May 9 when the Delhi High Court was hearing Amazon’s plea seeking enforcement of a Singapore arbitral tribunal’s order, which stayed the sale of Future Group’s assets to Reliance.

The court proceedings will resume on May 11.

Future Group had assured the high court that these stores will only move after the scheme has been sanctioned, its counsel said.

A week ago, Amazon urged the Reserve Bank of India (RBI) to conduct a forensic audit of FRL for the past three years for allegedly committing fraud by letting Reliance take over about 800 of its stores.

In a letter, the US-based ecommerce giant said, “It is incumbent upon RBI to conduct a thorough investigation into the fraud committed by FRL, its promoters, directors and Key Managerial Personnels. Accordingly, it is requested that a forensic audit be conducted for FRL for the past three financial years as RBI is empowered to inter alia under the RBI Fraud Circular, financial documents and Framework Agreement.”

Both parties have taken their confrontation to the next level, with the US-based ecommerce platform had taken out large ads in many Indian dailies in April, accusing both Future Group and Reliance Industries of indulging in fraudulent practices.

Earlier in April, it appeared that the two-year-old high voltage corporate drama would come to an end with Reliance Industries calling off the INR 24,713 Cr deal with FRL. The announcement came from the Mukesh Ambani-led group after a majority of secured creditors of FRL voted against the deal.

Earlier this year, the Mumbai bench of the National Company Law Tribunal allowed FRL to convene meetings of its shareholders and creditors to approve the sale of its retail assets to Reliance.

Battle Between Reliance, Future Group And Amazon Started In 2020

It all started in August 2020 when Reliance announced its plans to acquire the businesses of FRL for INR 24,713 Cr. After the announcement, Amazon claimed that due to its indirect stake in Future Retail, Future Group is prohibited from carrying out the deal with Reliance. Since then, both the parties have been involved in a long legal battle, taking the matter to several legal bodies.

FRL in April alleged that Amazon has successfully destroyed an INR 26,000 Cr company. The company informed the apex court that it is barely ‘hanging by a thread’.

The FRL has missed the due date for repayment of INR 5,322.32 Cr to lenders on account of the ongoing litigations with Amazon and other related issues, it said in April.