To Kickstartup The Event, FundTonic Has Also Unveiled A 15,000 Sq Ft Coworking Space In Baner 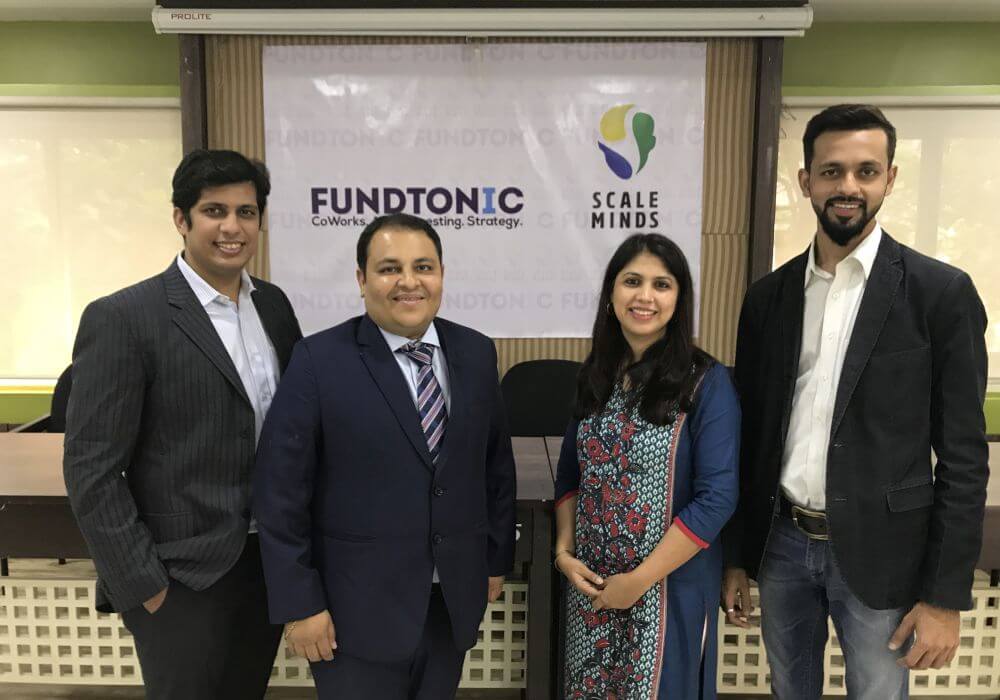 Mumbai-based FundTonic, an angel network with over 700 angel investors has announced the launch of this year’s Pune Startup Marathon. In another development, FundTonic has also unveiled a 15,000-sq-ft coworking space in Baner.

As an extension of this event, the angel network will be conducting a bigger meet on November 25 at FundTonic Co-Works. According to FundTonic founder Akshit Gupta, the main event will see the participation of speakers, mentors and angel investors from across the globe. In addition to marquee fund managers and startups, mentors will include startups that have made it through to an IPO within a short span.

The initiative is aimed at providing stakeholders and ecosystem enablers with a platform to not only invest in startups but also drive interventions for product development, business strategy and business development that will help fledgeling companies scale up rapidly.

At the launch of the Pune Startup Marathon 2017, Gupta stated, “With the launch of our operations in the city’s suburbs, we expect a rise in the number of startup applicants as well as investors for the Pune market by a considerable amount. This year we plan to invest in at least five startups from Pune within six months. Our state-of-the-art Co-working Space is spread out at a current 15,000 sq ft of area which we plan to increase to 40,000 sq feet in the next six months.”

During the main event next week, a number of other initiatives will be launched exclusively for the Pune Startup ecosystem. In addition to the launch of a Seed funded healthcare-focussed accelerator and an exchange programme to help scale Pune-based startups in ASEAN countries, the event will see the formal arrival of a sector-agnostic global accelerator.

Speaking about the upcoming Pune Startup Marathon, Natarajan, who previously served as the Chairman of Nasscom, said, “As investors and participants in the Digital Startup ecosystem at 5F World, we believe the future of Digital and Industry 4.0 Transformation lies in an ecosystem where large customers investors and aggregators participate with high-velocity young companies. This event by FundTonic will facilitate such synergies.”

What FundTonic Is Striving To Achieve

Started by Akshit Gupta and Bhavin Parikh, FundTonic is an angel investor network that has grown from 150 investors last year to over 700 investors. The network currently receives around 300 to 400 fundraising applications from startups every month.

Boasting a mentor base of 50, FundTonic is looking to increase its reach to 500 within the next few months. It also offers assistance to investors in funding prospective startups by targeting deeply using analytics.

FundTonic currently operates coworking spaces in Mumbai, Pune and Bengaluru, with a total area of more than 30,000-sq-ft. In May this year, it announced the launch of FundTonic Co-works in Andheri. Spread across an area of 10,000-sq-ft, the coworking space is backed with 24×7 WiFi, conference-calling facilities, LED televisions for presentations, fully-equipped boardrooms and various other amenities.

At the time of its launch, Gupta told Inc42, “Coworking has seen significant investor interest in the recent past. However, we believe, only offering co-working space doesn’t make a viable value proposition.  As FundTonic, we are not just a workspace but a holistic workplace with a network of active mentors and investors, conducting regular entrepreneurship development programmes, working with accelerators to fund early-stage ventures along with events for networking. Only a true 360-degree approach can become a viable and scalable value proposition.”

The Rising Popularity Of Coworking Spaces In India

Recent reports show that, in Q1 2017, Hyderabad office real estate saw an increase of 10%-12% in rent on a quarterly basis. Other top cities in India also showed a similar trend, where office space leasing rose by 8% in first quarter of 2017 to nearly 8 Mn sq ft. This includes eight major cities such as Delhi-NCR, Mumbai, Bengaluru, Pune, Chennai, Kolkata and Kochi.

A large percentage of stakeholders in the Indian startup ecosystem are now searching for shared spaces. Even bigger companies like Paytm, Snapdeal have also been seen to opt for coworking spaces.The beginning of this year saw a rise in the number as coworking . Garage by JetSynthesys, Unigrowth Centre by White Unicorn Ventures, and Awfis coworking space in Hyderabad were all added to the list. Later in April, Gurugram-based 91springboard opened the doors of an 800-member coworking space in Noida.

A couple of months later, in July, New York-based coworking startup WeWork launched its India hub in Bengaluru, with a 2,200-member coworking space called WeWork Galaxy. The following month, Innov8 Mumbai was launched at Boston House in Andheri East. Around the same time, WeWork made its way into Mumbai with a 190K-sq-ft coworking space.

In total, there are now more than 100 coworking spaces in India. Fundings in this space have also undergone a significant increase in recent months. As per a study by real estate consultancy Jones Lang LaSalle (JLL), the coworking industry in India will likely attract more than $400 Mn investments by 2018.

As per Inc42 DataLabs, till date, funds have already been infused in this segment from marquee investors like Sequoia Capital, Y Combinator, 500 Startups, Blume Ventures, Anthill Ventures. The list of players in this space that have raised funding this year includes InstaOffice, Awfis, BHIVE Workspace and 91springboard, among others.

With India poised to become home to 10,500 startups by 2020, the concept of coworking spaces is slowly gaining traction in the startup ecosystem. Given that majority of startups don’t have enough funds to rent a full-fledged office, especially in major cities like Mumbai where real estate prices have skyrocketed in recent times, coworking spaces offer them a cost-effective solution. Through the Pune Startup Marathon 2017, FundTonic is not only looking to make fundraising easier but is also providing startups in the city with the chance to rent a small space without shelling out a lot of money for rent.