Dailyhunt is looking to finalise fresh funding round by March

Tricog has raised $10.5 Mn in Series B funding 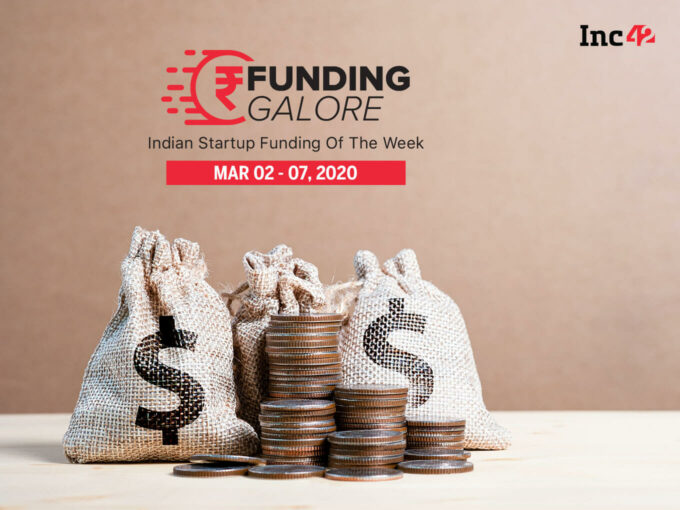 The company is said to have been in talks with Japanese conglomerate SoftBank to raise over $150 Mn. However, after the WeWork fiasco and questions about reckless investments, SoftBank is said to be apprehensive of backing new commitments. It is being speculated that the deal is taking place at a pre-money valuation of $650 Mn.

Overall, 19 startups raised around $80 Mn funding and one acquisition took place in the Indian startup ecosystem this week. (This funding report is based on startups that disclosed funding amount.)

Mumbai-based lending startup SMEcorner has raised $30 Mn in both debt and equity in Series B funding round led by Paragon Partners. Samir Bhatia, founder and CEO of SMEcorner also invested in the funding round, along with the company’s existing investors Quona Capital, Accion Venture Lab and some high net-worth individuals.

Bengaluru-based healthtech startup Tricog has raised $10.5 Mn in Series B funding. The investment has come in from Japan’s UTEC (University of Tokyo Edge Capital); Aflac Ventures, LLC, Japan; TeamFund, USA and Dream Incubator, Japan. Existing investors Inventus Capital and Blume Ventures also participated in this round. The company said it will use the funds to expand the product line for remote patient monitoring and to establish a strong presence in Asia and Africa, including India, Japan and China.

Bengaluru-based conversational intelligence sales tech platform Salesken.ai has raised $8 Mn in Series A funding from Sequoia India. Through this round, Unitus Ventures and Michael and Susan Dell Foundation made a partial exit from the startup. The transaction was facilitated by Masterkey Holdings.

Bengaluru-based dockless bike rental startup Bounce has raised $6.5 Mn from InnoVen Capital in the latest round of venture debt funding. The company plans to use this funding to add more electric vehicles (EVs) to its fleet, expand into new regions and expand its areas of operations.

Noida-headquartered agritech startup Arya has raised $6 Mn in its pre-Series B funding round. The investment has come in from agritech-focussed Omnivore and the company’s existing backer LGT Lightstone Aspada. Arya cofounder Prasanna Rao told Inc42 that the company will invest the funds towards building flexible warehouse products, grow its warehouse receipt financing business, and set up a pan-India agri-warehousing marketplace. The company plans to raise its Series B funding by mid-2020.

Gurugram-based fintech startup Chqbook has raised $5 Mn in its Series A funding round led by Aavishkaar Group’s equity investment arm Aavishkaar Capital. With the recently raised capital, Chqbook is planning to add more fintech products to its portfolio. The startup is also looking to expand its distribution channel to more Indian cities. Chqbook said it would invest in enhancing its proprietary artificial intelligence (AI)-based lending and insurance platform.

Gurugram-based beverage and snack brand Paper Boat has raised $4.1 Mn (INR 30 Cr) in two different fundings from Advent Management, A91 Emerging Fund, and Trifecta Venture. According to the ministry of corporate filings accessed by Inc42, Paper Boat’s parent company Hector Beverages has raised INR 10 Cr in debt from Trifecta in February 2020. As part of this deal, Hector Beverages has issued 100 debentures to Trifecta at INR 10 Lakh per debenture.

Bengaluru-based video-first product and lifestyle discovery platform Trell has raised $4 Mn in its Pre-Series A funding round. The company said that the round has been led by Sequoia Capital India’s Surge, Fozun RZ Capital and KTB Network. Existing investors Beenext, WEH Ventures and Sprout Ventures also participated in the round.

Gurugram-based deeptech startup FlixStock has raised $2.5 Mn in a funding round led by early-stage venture capital firm Wavemaker Partners. Singapore-based Seeds Capital and Leo Capital also participated in the funding round. With the recently raised funds, FlixStock is planning to open a research centre in Singapore which will enhance its artificial intelligence (AI) based image creating platform. FlixStock, which also has an office in Los Angeles, is also planning to ramp up its presence in the US as well.

Mumbai-based beauty marketplace MyGlamm has raised $1.82 Mn (INR 13.5) Cr in a mix of debt, equity, and preference shares from venture capital company Trifecta Capital. According to the ministry of corporate affairs (MCA) filings accessed by Inc42, MyGlamm has raised INR 12 Cr by allotting 120 debentures at a price of INR 10 Lakh per debenture to Trifecta. MyGlamm has also issued 81 preference shares and one equity share to Trifecta for INR 1.5 Cr and INR 187K respectively. The price per share for this deal stood at INR 187K.

Real estate investment platform Strata has raised $1.5 Mn funding in seed round led by SAIF Partners and Mayfield India. Real estate data analytics platform PropStack and three angel investors have also participated in the round. The Bengaluru-based proptech startup plans to use this funding to double its workforce to over 45 employees by hiring for tech and investor relations roles. Besides this, the company is also planning to expand to metros beyond Bengaluru and Mumbai, and also strengthen its tech capabilities.

Gurugram-headquartered travel app ixigo has invested undisclosed amount in Delhi-based smart bus startup gogoBus. Rajesh Sawhney (cofounder and CEO, Innerchef) and Abhishek Sharma (COO, Dineout) also participated in the round. With this funding, gogoBus has launched operations on multiple routes in northern India and will be expanding its product and technology team. Further, ixigo has picked up a minority stake with its investment and is eyeing growth in intercity bus business.

Bengaluru-based edtech startup ODA Class has raised an undisclosed amount of funding in its Pre-Series A round led by China’s Yuanfudao. Yuanfudao is one of the leading edtech platforms in China. With the funds, ODA Class is planning to enhance technology capabilities and expand its product portfolio. The company will also invest in improving its operations, especially the teacher recruitment system.

Delhi-based ready-to-drink coffee brand Sleepy Owl has raised an undisclosed amount in Series A funding round led by Rukam Capital. AngelList India has also participated in the round, along with existing investors DSG Consumer Partners. Sleepy Owl plans to use this funding to expand its operations in existing retail markets Delhi and Mumbai, where it has over 1,000 outlets and has served more than 60K customers online. Besides this, the company will also be focussing on strengthening its distribution and launching new products.

Mumbai-based fashion marketplace StyleNook has raised an undisclosed amount from Lead Angels Network, Stanford Angels, and other high-net-worth (HNI) individuals. The company plans to use the funds to further build out the AI capabilities and augment its merchandising team.

Mumbai-based edtech platform Callido Learning has raised an undisclosed seed funding from Education Catalyst Fund (ECF). The fresh capital will be used to strengthen the technology underpinning its products. Callido has been bootstrapped until this round.

New Delhi-based apparel brand Soxytoes has raised an angel round from a Gurgaon-based angel network. The funding will be used for digital marketing, increasing their kiosk network, expanding into international markets and launching new product lines such as personalized and kids socks.