Avail Finance has raised $11.8 Mn in Series B from Alphawave Incubation and Matrix Partners

Overall, $37.4 Mn was invested across 28 Indian startups this week

Prior to this, the company had raised $9 Mn from Matrix Partners last June to offer a complete online banking solution for blue-collar workers by catering to a multitude of their financial needs such as savings, investments, and insurance.

Avail Finance was founded in 2017 by Ankush Aggarwal and Tushar Mehndiratta. It provides short term loans to the blue-collar workforce in India, including gig workers such as cab drivers and delivery persons. Only users earning less than INR 35K can avail a personal loan on the platform. Avail Finance allows personal loans upto INR 40K for a maximum tenure of eight months at a fixed interest rate of 2% per month.

Overall, $37.4 Mn was invested across 28 Indian startups this week. (This funding report is based on startups that disclosed funding amounts). 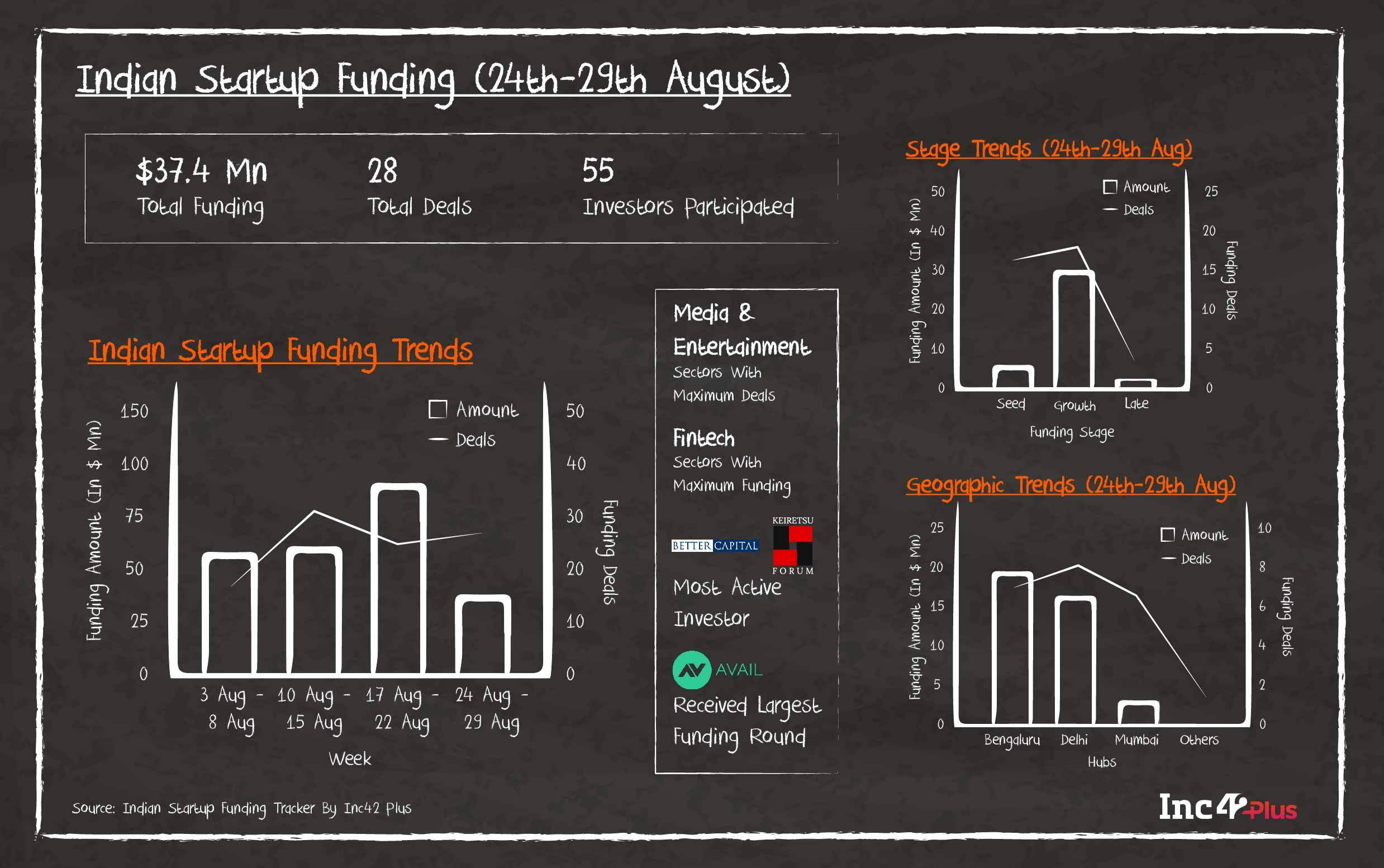