Hotstar raised $153 Mn from Star India and Star US Holdings 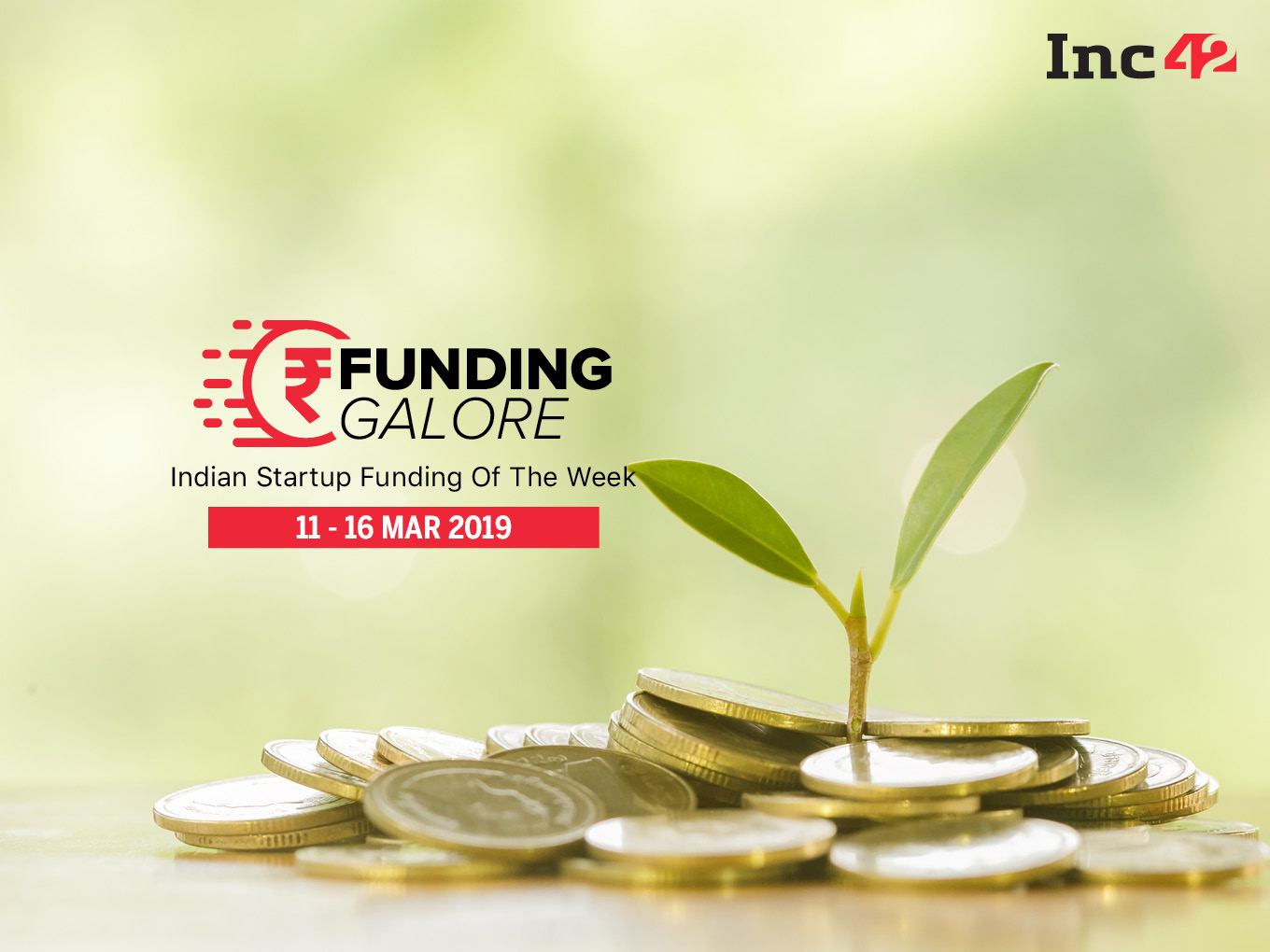 This week one of the biggest fundings came to Nova Digital media-owned OTT platform Hotstar, which raised $153 Mn (INR 1,066 Cr) from Star India and Star US Holdings. Hotstar is one of India’s premium streaming platform with more than 100K hours of shows and movies in 18 languages, and coverage of prime global sporting events.

In all this week, 20 startups raised $354.43 Mn funding and one startup acquisition took place in the Indian startup ecosystem. (This funding report is based on startups that disclosed funding amount.)

&Me: Bengaluru-based food and beverage &Me raised an undisclosed amount of follow-on investment from existing investors Matrix Partners India, along with participation from a consumer VC fund, Sauce.vc. The fresh funds will help &Me to expand its team, scale operations nationally and widen its product offering.

The Wedding Brigade: Mumbai-based wedding planner The Wedding Brigade raised $1 Mn in an extension of Pre-Series A funding from Japan-based AET fund and Blume Ventures with participation from investors including Allana Group and other angel investors. It is now looking to use fresh funds to scale its latest business, creating and operating high-quality wedding banquet spaces, as well as investing in their existing content and ecommerce businesses.

Aibono: Bengaluru-based agricultural service provider Aibono raised $2.5 Mn in Pre-Series A funding round which was led by impact fund Menterra Venture Advisors. Other investors such as Silicon Valley-based Milliways Venture, Zurich-based Artha Ventures, Japanese fund Rebright Partners and Mohandas Pai-backed 3one4 capital also participated in this round. The startup plans to use the fresh funds to expand its service to 2,000 farmers and 1,000 small retailers

TartanSense: Bengaluru-based, agritech startup, TartanSense raised $2 Mn seed funding from food and agriculture-focused fund, Omnivore; Blume Ventures, and BEENEXT. Other investors in the round include Dileep George, co-founder of Silicon Valley based Vicarious AI (backed by Elon Musk and Jeff Bezos), GreyOrange cofounders Akash Gupta and Samay Kohli, as well as Kush Jawahar from Featherlite. TartanSense has planned to use this fresh funding to scale up its first product, BrijBot.

StayAbode: Bengaluru-based coliving provider StayAbode raised an undisclosed amount as an add-on to pre Series A funding from Voyage Group, Akatsuki and Incubate Fund. StayAbode claims its model supports the  lifestyle of the young, single “sociable” household, some of the facilities provided include payment of utility bills are paid, linen wash along with daily housekeeping.

Moglix: B2B industrial goods ecommerce platform Moglix raised an undisclosed amount of funding from Kalyan Krishnamurthy, who currently serves as the CEO of Flipkart. According to the company, this deal is Krishnamurthy’s first individual backing of a company working across the B2B ecommerce space.

BYJU’S: Bengaluru-based edtech unicorn BYJU’S raised $11.43 Mn from private equity major General Atlantic and Chinese media giant Tencent. This comes after BYJU’S closed 2018 with $540 Mn Series F funding which it planned to use for growth and development of BYJU’S learning app as well as for international market expansion.

Nua: Mumbai-based female wellness startup Nua raised $4 Mn in Series A funding round from Lightbox’s third fund and existing investor Kae Capital. Nua plans to expand its offerings to include other menstrual hygiene and women’s wellness products. It would be making investments in technology and data.

Mswipe: Mumbai-based mobile point of sale (mPOS) network provider Mswipe raised $31.5 Mn (INR 218.99 Cr) in a Series E funding round from B Capital, DSG Consumer Partners, Epiq Capital and Falcon Edge. Mswipe will use the Series E funds to expand the present business activities of the company by financing the working capital and other business operation requirements.

Guiddoo: Mumbai-based travel technology company Guiddoo raised an undisclosed amount of funding from New Jersey-based global venture capital firm SOSV and Artesian China Fund. The company will be using the funds to build its products and offerings specifically for the China market and to strengthen its on ground operations and product development.

Faasos: Pune-based food maker and delivery app Faasos raised $15.9 Mn (INR 110.6 Cr) from a bunch of its existing investors Lightbox, Sequoia and Evolvence in its ongoing Series D round. The company is reportedly seeking a $400 Mn valuation.

HelloVerify: Noida-based background checks enabler HelloVerify raised an undisclosed amount of funding from Lead Angels network along with leading Silicon Valley investors like Y-Combinator, Data Collective & Venture Souq. The fresh funds will be used for accelerating and expanding HelloVerify’s technology ecosystem by integrating and enhancing the role of artificial intelligence in its background check technology.

EasyFi: Mumbai-based wireless WiFi infrastructure provider EasyFi raised an undisclosed amount of seed funding from Venture Catalysts. As part of its angel funding round, EasyFi will use the funds to expand and accomplish a wider network connectivity along with establishing its virtual infrastructure across new locations.

SparesHub:  Pune-based automobile parts startup SparesHub raised $506K (INR 3.5 Cr) in fresh funding from Indian Angel Network. The startup will use the funds for its geographical expansion and to strengthen its technology capabilities.

Vivriti Capital: Chennai-based marketplace for institutional and enterprise debt, Vivriti Capital raised $15.9MN (INR 110 Cr) in a fresh round of funding from its existing investor, Creation Investments. The company plans to use the funds to scale up its balance sheet and to strengthen the marketplace platform.