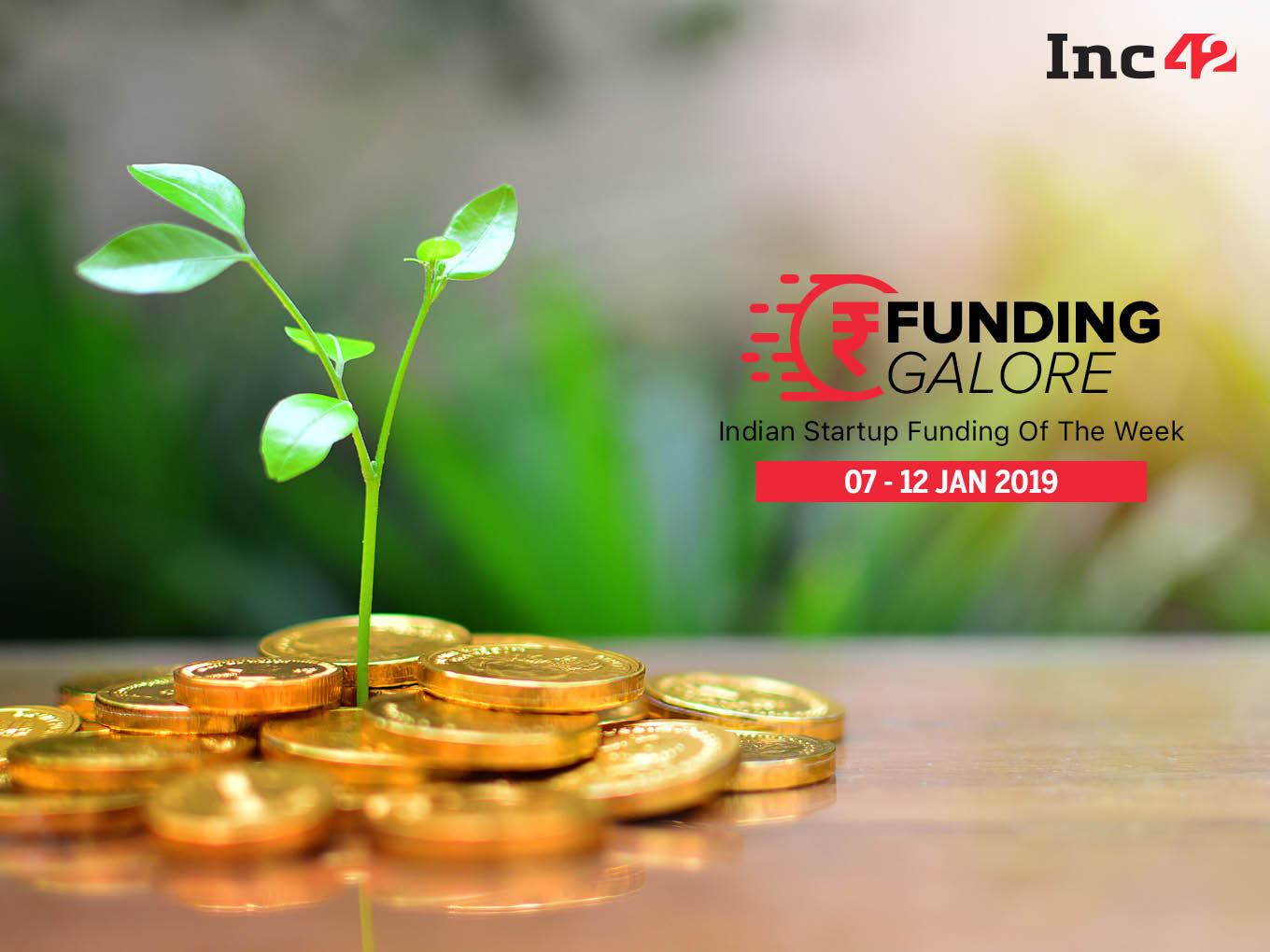 In one of the biggest Indian startup fundings this week, homegrown online cab aggregator Ola raised $74 Mn (INR 520 Cr) from its existing investor, a Hong Kong-and London-based hedge fund, Steadview Capital, through preference shares. It is now reportedly worth $5.5- $6 Bn.

Also, after Amazon, now PremjiInvest proposed to invest in the pharmacy retail chain MedPlus via the PremjiInvest Opportunities Fund. In July 2018, Inc42 reported that Amazon was eyeing a stake in MedPlus to further expand its portfolio in the Indian market.

In all, this week 12 startups raised $159.7 Mn and six startup acquisitions took place in the Indian startup ecosystem altogether.

Eruditus: Edtech company the Eruditus group which runs Eruditus Executive Education and its online division Emeritus raised $40Mn (INR 281 Cr) in a Series C funding round which was led by Sequoia India. The round also saw participation from existing investor Bertelsmann India Investments. The company will use this funding to increase its course offerings in technical subjects such as data science, machine learning, blockchain and cybersecurity. It also plans to expand its language offerings to include Portuguese and Mandarin, in addition to English and Spanish.

Grexter: Bengaluru-based co-living startup Grexter raised $1.5 Mn (INR 10.6 Cr) in a Pre-Series A funding round from Venture Catalysts. Arisht Jain of Samyakth Group; Vikas Bohra; Vishal Shah, founder of Rapid Retail participated in the round in addition to the participation from developers, HNIs, real estate professionals, family offices, private equity funds, wealth management companies and others. The startup will use the funds for enhancing the inventory it offers as well as to ramp up its technology architecture.

Cashcow: Mumbai-based fintech startup Cashcow raised a seed funding round led by Astarc Ventures. The Indian School of Management and Entrepreneurship (ISME), managed by the family office of Yes Bank chief Rana Kapoor’s daughters — the Three Sisters: Institutional Office — along with Valpro Capital, a Japanese fund, and a few HNIs also participated in this funding round. Cashcow was advised for this deal by Enablers, a unit of ValPro. The startup plans to use the capital to increase distribution and strengthen its technology capabilities to capture greater scale.

ePayLater: Digital credit solutions provider, ePayLater raised an undisclosed amount in a pre-Series A funding round led by ICICI Bank. It also saw participation from GMO Global Fintech Fund, the investment fund of the internet conglomerate GMO Venture Partners in Japan along with family offices such as Parekh and Patni and foreign investors from the UK. With this capital infusion, ePayLater is looking to ramp up its technology architecture as well as strengthen its product.

Ombré Lane: Women’s workwear brand Ombré Lane received an undisclosed amount of Seed funding from a group of angel investors including ex- Linkedin India CEO Akshay Kothari; Linkedin General Counsel Aditi Jha; and Director at Bristol-Myers Squibb US Neeraja
Balachander. The startup plans to utilise the funds to establish Ombré Lane as the go-to destination for modern Indian women looking at buying functional and well-fitted apparels. With an annual growth forecast of 5x growth from the current run rate, the brand plans to scale significantly over the next one-year while staying focused on building the brand.

In-Med: Pune-based startup In-Med Prognostics received a Biotechnology Ignition Grant of $71K (INR 50 Lakh) for a duration of 18 months from the Biotechnology Industry Research Assistance Council (BIRAC). The company is working on a software platform for early detection and assessment of neurological disorders like dementia, Alzheimer’s and Parkinson’s. The grant will be used to develop a cloud-based software platform that will label, visualise and quantify the volumes of brain structures using 3D MRI images.

Flipspaces: Mumbai-based interior design and build brand Flipspaces raised $3.5 Mn (INR 24.4 Cr) from Carpediem Capital. The startup is focusing on the $5 Bn commercial interior design and build the market in India. It will be using the funds raised towards enhancing our technology, increasing our market presence across multiple cities in India and further expanding the product database from organised and unorganised suppliers.

ZoloStays: Bengaluru-based marketplace for property and real estate ZoloStays secured $30 Mn (INR 208.24 Cr) in a Series B funding round led by existing investor Nexus Venture Partners, along with participation from IDFC Alternatives and Mirae Asset, according to media reports. The round is estimated to have pushed up the startup’s valuation to $100 Mn (INR 694.14 Cr).

InnerChef: InnerChef India Pvt Ltd, the parent company of cloud kitchen platform Innerchef raised $6.5 Mn (INR 43 Cr) in a pre-series B round led by Mistletoe Inc. and Das Capital. Existing investors who participated in the round include Mohandas Pai’s Saha Fund, Times Group’s investment arm, Brand Capital and M&S Partners. The company said it will use the funds to double headcount and build more shared kitchens in 2019  while also introducing subscription-based food delivery models across India.