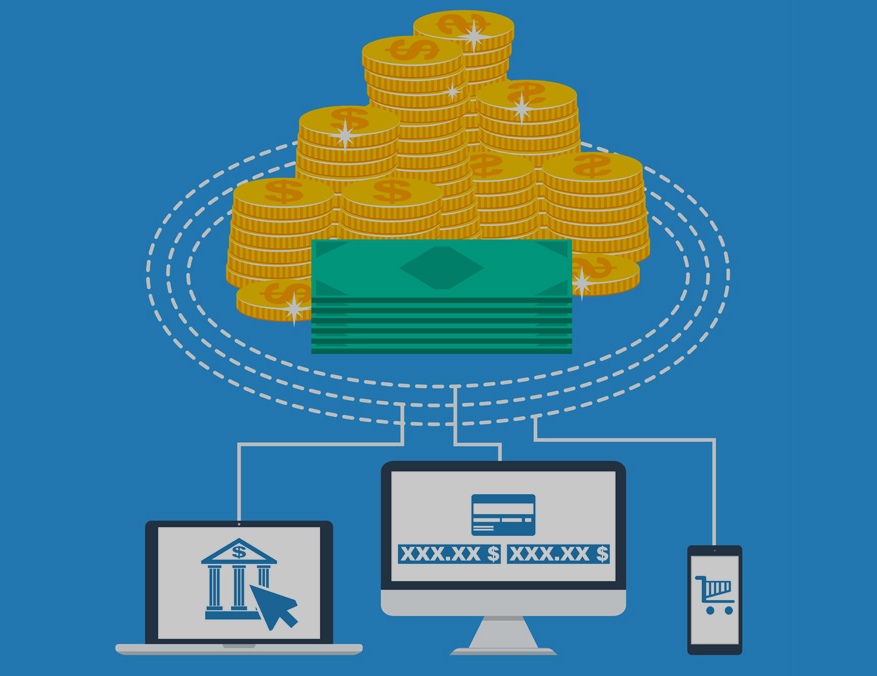 Global venture capital and growth equity investment firm, Norwest Venture Partners, raised $1.2 Bn for its XIII fund, to support its sector and stage independent investment strategy. The firm now has a total capital and commitment size of more than $6 Bn.

Little App: O2O deals marketplace, Little, raised an undisclosed amount of funding from Singapore’s sovereign wealth fund GIC. The new round of funding is an extension of the July round, in which the company had raised $50 Mn from Paytm along with participation from Tiger Global Management and SAIF Partners.

SnapBizz: Retail technology firm, SnapBizz, raised $7.2 Mn (about INR 48 Cr.) in a funding led by Jungle Ventures, Taurus Value Creation, Konly Venture and Blume Ventures. The company will use the raised funding to continue its growth and increase market expansion across cities.

ShabdaNagari: Hindi social networking portal, ShabdaNagari, raised about $200K in an angel round of funding from Kanpur Angels and a cluster of other investors. The raised capital will be used in expansion of genres on the website and upgrading user interface.

IMbesharam: An adult products e-store, IMbesharam.com, raised $4 Mn (INR 27.2 Cr.) in a Series A round led by two unnamed US-based angel investors. The company plans to raise a second round of funding by the third quarter to support its expansion plans.

Silvan: Home automation startup, Silvan Innovation Labs, raised about $500K (INR 3.5 Cr.) in a funding round from The Chennai Angels. The startup will use the raised capital to promote the products on ecommerce sites as well as expand in new geographies.

Housing: Real estate portal Housing raised $14.7 Mn (INR 100 Cr) in a fresh round of funding from Softbank. The company will use the funds to drive its new strategies and growth plans.

Plick.it: Instant content transfer app, Plick.it, raised an undisclosed amount of funding from angel investor Sanjay Mehta. The startup plans to utilise the funds to develop its product for multiple browser & OS, as well as to upgrade its server for better speed and response.

KartRocket: Ecommerce platform enabler for SMEs and retailers, KartRocket, raised $6 Mn in a funding round led by Bertelsmann India Investments (BII). Nirvana Digital India Fund, 500 Startups and Beenext also participated in the round. The raised capital will be used for product development, team expansion, seller ecosystem development and marketing.

CashKaro: Cashback & coupons site, CashKaro.com, raised an undisclosed amount in funding from Ratan Tata. With the raised funds, the company plans to expand to newer markets and pursues an aggressive customer acquisition strategy.

Tinystep: Parenting-focused social network, Tinystep, raised an undisclosed amount in seed round of funding from Flipkart. The raised capital will be utilised to develop company’s product, enhance user experience and team expansion.

Collegedunia: Educational search engine for colleges, courses and exams across India, Collegedunia, raised $444K (INR 3 Cr) in Pre-Series A round of funding from its existing investor, Umang Kumar, co-founder and CEO of Gaadi.com. The company plans to scale to 70,000 unique visitors a day from 30,000 presently.

Indus: Fully indigenous mobile operating system, Indus, raised about $5 Mn in series A funding led by Omidyar Network. The firm will invest the funds in technology, hiring new talent and in expansion into international markets.

DailyObjects: Art & design focused personal accessory maker, DailyObjects, raised about $1.3 Mn (INR 9 Cr.) in a funding round from Unilazer Ventures. The round also saw participation from Phanindra Sama, co-founder of redBus, and Peyush Bansal, CEO & co-founder at Lenskart. The funding will be used to launch new lines of personal products that combine functionality with incredible style.

Moodoo: A get-together app, Moodoo, raised about $28K in seed round funding from the University of Oxford’s Saïd Business School Seed Fund. The funding will be used towards marketing the app launch in Mumbai, London and Oxford.

RedDoorz: Budget accommodation startup RedDoorz raised an undisclosed amount of Pre-Series A round of funding from 500 Startups. The raised funding will be used to intensify its outreach in Indonesia and introduce service offering in other prominent tourist hubs across South-East Asia including Thailand, Singapore and Kuala Lumpur.

Jugnoo: On-demand auto rickshaw aggregator, Jugnoo, raised $5.5 Mn in Series B round of funding led by Paytm and Snow Leopard. The startup will use the raised capital to expand pan-India, launch new offices, improve supply quality, incentives and rewards targeted towards driver welfare.

Industrybuying: B2B online marketplace for industrial material, Industrybuying.com, raised $1.7 Mn (INR 12 Cr) from venture-debt provider Trifecta capital. The newly raised funds will be utilised to finance the working capital and drive growth in the enterprise arm of the company.

tor that connects retailers to consumer brands, Just Buy Live, raised $20 Mn in its Series A round of funding from Alpha Capital Advisors. The company is targeting to expand its business to 500 cities and to have one-lakh users by end of 2016.

EPS: Electronic Payment and Services Private Limited (EPS) received an undisclosed amount of funding from the UK-based investment firm Apis Partners. The company will take up minority stake and board representation in EPS. The raised capital will be used to develop EPS’ existing business portfolio and to provide an omni-channel offering.

Creo: Consumer technology company, CREO, secured $3 Mn funding from Sequoia India, Beenext Ventures and India Quotient. The company will use the funds to invest in building and evolving its Android OS software experience and for the launch of its flagship smartphone later this year.

Firstcry: Baby and maternity product retailer, FirstCry, received an undisclosed amount of investment from Ratan Tata. This is Tata’s fourth investment in this year.

Qubole: Data-as-a-service provider Qubole raised $30 Mn in a series C round led by Institutional Venture Partners (IVP). Existing investors Norwest Venture Partners, Lightspeed Venture Partners and CRV also participated in the round of funding. The funding will be used by the company to expand its flagship product Qubole Data Service (QDS).

Skycandle: Online retailer and home decor brand, SkyCandle.in, raised an undisclosed amount in Series A round of funding led by GPA group. As per the deal, GPA Group’s chairman, Vivek Aggarwal will join the board of the company.

Crowdfunding platform Ketto is in talks with venture capital funds to raise another $5 Mn to scale up team, open offices in Delhi, Bangalore and Mumbai and increase its reach.

Home healthcare firm Portea Medical picked up a majority stake in PSTakeCare to help patients make informed decision and enhance transparency among healthcare service providers. The financial terms of the deal has been left undisclosed.

Intel has part-exited from the US market-focused egifting venture 123Greetings. It said that the company clocked best returns from its portfolio.

Acquisitions Of The Week: