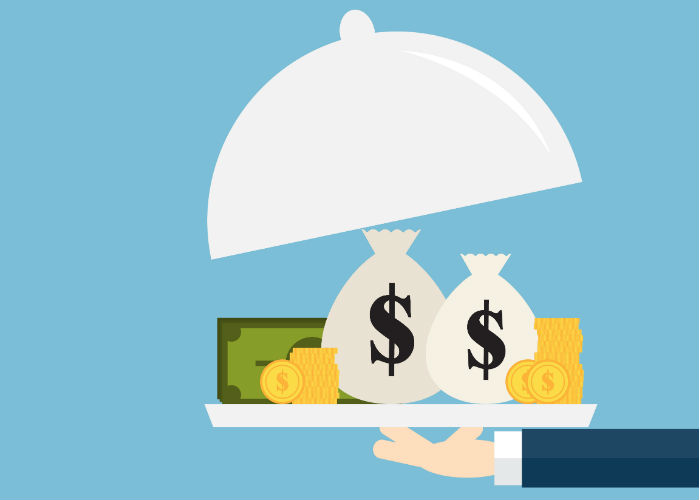 The week went pretty much interesting for Indian startups with more than a dozen startups raising funding.  Ecommerce marketplace Shopclues raised an undisclosed amount of funding from GIC and existing investors, including Tiger Global and Nexus Venture Partners. The company’s valuation is now  more than $1.1 Bn, marking its entry into the Billion dollar startup club.

Savvymob: Last-minute hotel booking startup, SavvyMob, raised about $1 Mn in a seed round of funding led by TV Mohandas Pai and Let’sVenture. The startup will use the funds to expand to 50 more cities to strengthen its tech team and improve the product.

Wishup: Concierge service startup Wishup raised an undisclosed amount in seed round of funding from TracxnLabs, 500 Startups and Mato Peric. The round also saw participation from a host of angels through TracxnSyndicate. The startup plans to use the funds to expand its technology team in order to provide its users with the best customer experience.

Koovs: Koovs Plc, the parent firm of Indian lifestyle ecommerce venture Koovs.com, raised $5.4 Mn more from Nahatas’ and Waheed Alli. The Nahata family has reportedly increased its stake in Koovs subscribing to 9.2 Mn fresh shares while Waheed Alli will pick up 5.6 Mn shares in the company.

iBUS: iBus networks & infrastructure Pvt Ltd, a provider of connectivity solutions inside buildings, raised $2.2 Mn (INR 150 Mn) in Series A round from Vallabh Bhanshali of Enam, N Squared Management LLC, USA and family office of Jagdish & Sandeep Mehta. With this, the company has also appointed Sanjay Kapoor, former Micromax chairman, as the Non-Executive Chairman of the company along with onboarding Mohandas Pai as an advisory board member.

Happy2Refer: Job referral platform Happy2Refer raised $250K in an angel round of funding from Equity Crest, Vinners and Sparknextas as well as from a host of individual investors. The raised capital will used in ramping up the product, algorithms, enhancing user experience and marketing.

Roder: On-demand inter-city cab aggregator Roder raised about $250K (INR 1.6 Cr.) in a seed round funding from Unicorn India Ventures. It will use the raised capital for achieving market fit product, customer acquisition and for expansion in 20 new cities in North and Western region of the country.

Rentomo: Peer-to-peer renting marketplace Rentomo raised $100K in a seed round of funding from Shiva Ashok, an executive with the UK-based project engineering consultancy Amec Foster Wheeler and a UAE-based investor. The newly raised capital will be used to help startup focus on boosting categories like travel, sport & fitness, motorbikes & electronics.

Bucker: An mobile assistance app Bucker raised an undisclosed amount in a seed round funding from a group of angel investors based out of Hyderabad and Silicon Valley. The round saw participation from 50K Ventures, Munish Jauhar of Indian Angel Network (IAN), Pulkit Jain of Vedantu and Rohit Narang of Singapore-based 314 Capital. With the newly raised capital, the startup plans to expand its user base and introduce new features.

Care24: Home healthcare services startup, Care24, raised $4 Mn in a series A round of funding led by SAIF Partners and existing investor India Quotient. The raised capital will be used by the company to consolidate its presence across the greater part of Mumbai.  Secondly, it plans to expand to more cities in India where market research and groundwork has started.

Evibe: Online marketplace for party services Evibe.in raised an undisclosed amount in angel funding led by Hyderabad Angels. The round also saw participation from Lalit Mangal and Vikas Malpani (co-founder of Commonfloor), Gaurav Bhalotia (VP Engineering, Flipkart) and LV Prasad & Co. from BITS Alumni. With this funding, the company plans to expand into all major party services and become a one-stop platform for celebrations.

Zapr: Media-tech startup Zapr raised an undisclosed amount of funding round led by Flipkart with participation from Saavn, Micromax and Mu Sigma co-founders, Dhiraj Rajaram and Ambiga Dhiraj. The round also saw participation from existing investors like Dinesh Agarwal, Samir Bangara, Sanjay Nath and Arihant Patni. The raised capital will be primarily be used to expand the company’s product portfolio for the media & advertising industry and to scale up the technology team.

Zoctr: Healthcare aggregator platform Zoctr raised an undisclosed amount of funding from ad-for-equity media investor – Times Group under its innovative Brand Capital Incubator. The company plans to use the funds for  brand awareness.

FITSO: An app that connects people with similar fitness interests, FitSo, raised $200K (INR 1.35 Cr.) in its angel round of funding from Varun, Ex CTO of Grofers; Samar Singla, CEO, Jugnoo; Vinay Bansal, CFO, Wildcraft and others. The company  will be launching its services in Mumbai.

Orahi: Carpooling app, Orahi, raised about $450K (INR 3.5 Cr.) in a funding round led by Indian Angel Network (IAN), an early-stage investor. The startup will utilise the funds to enhance its product features and capabilities, expand its team and launch marketing initiatives in the National Capital Region centred on Delhi.

With this, Amrita Technology Business Incubator (TBI) will invest $120K in seed funding in four startups. These startups have been shortlisted out of 702 startups from all over India at its PitchFest.

Baidu is reportedly planning to invest in startups like restaurant search service provider Zomato, online movie and event tickets seller Bookmyshow and online grocery retailer Big Basket. It aims to gain a foothold in the Indian market by tapping startups operating in the O2O (online-to-offline) space.

Also, TravelTriangle.com is in talks to raise about $30 Mn (about INR 201 Cr.) in its third round of fundraising. It is also reported that SAIF Partners and Bessemer Venture Partners, have committed to participate in this round.

Besides, Public sector lender Corporation Bank said it will acquire 1.06 per cent stake in National Payments Corporation of India (NPCI), the government body running payment network under the banner RuPay.