In total, this week seven startups raised around $46.8 Mn in funding and two startup acquisitions took place in the Indian startup ecosystem altogether. 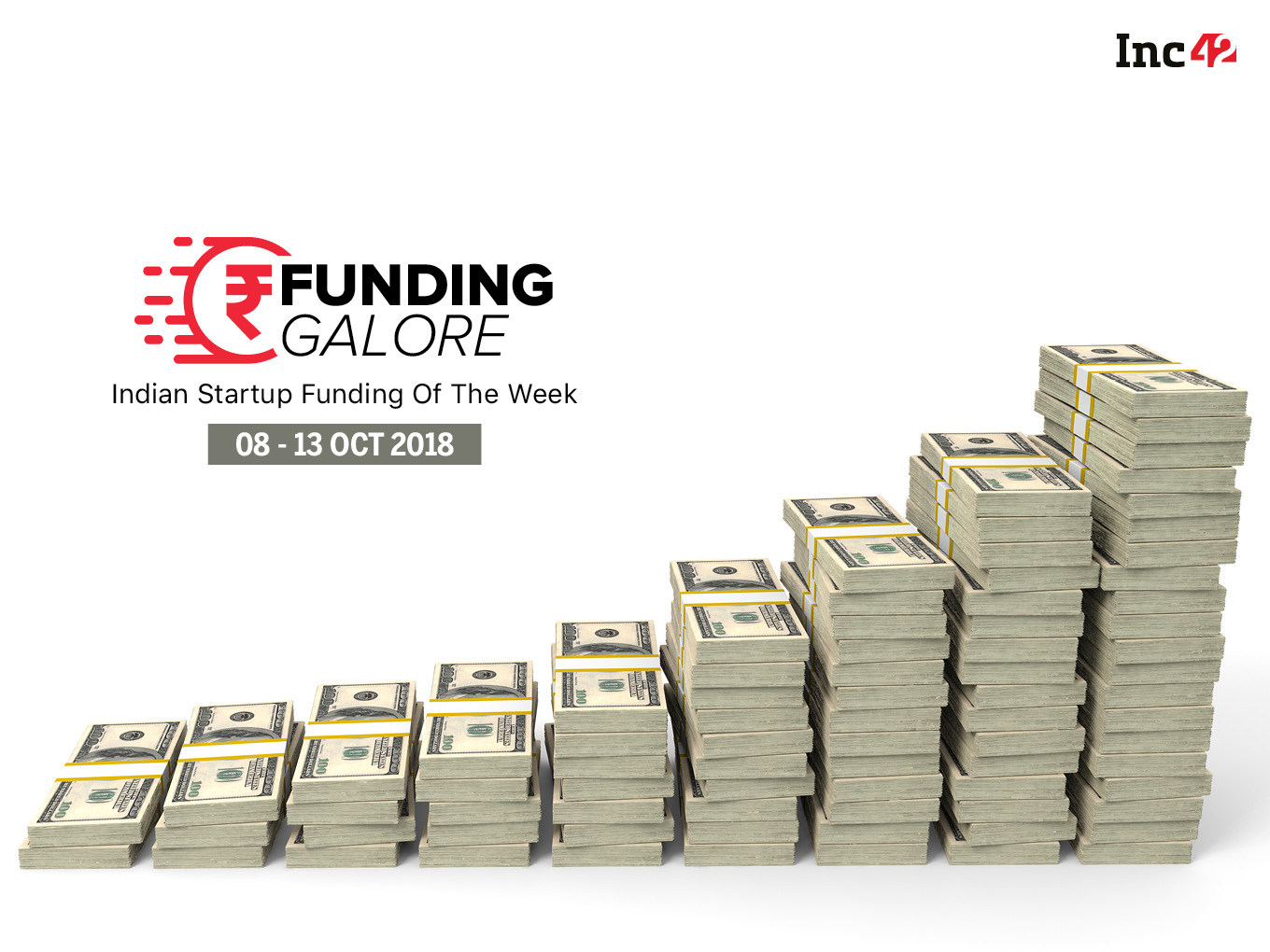 One of the biggest fundings in the Indian startup ecosystem this week was raised by BlackBuck, an online marketplace for logistics transactions. The company raised $27.3 Mn (INR 202 Cr), thereby marking the entrance of Sequoia Capital as an investor in the Bengaluru-based startup. Sequoia’s SCI Investment VI fund has infused over $13.5 Mn (INR 100 Cr), while earlier backers such as Accel and Sands Capital put in the rest.

In another major development, Mettl, one of the leading organisations in global cloud-based technology and data sciences-driven talent assessments announced its acquisition by Mercer, a global consulting company in advancing health, wealth and career and a wholly-owned subsidiary of Marsh & McLennan Companies, Inc. The acquisition marks Mercer’s entry into the rapidly-growing global talent assessment market and further enhances its position as a trusted strategic talent advisor to companies.

On a surprise note, VC firm IDG Ventures India rebrands as Chiratae Ventures. The VC firm has also planned to raise $300 Mn under the new brand and will hit the road by the year-end.

In total, this week seven startups raised around $46.8 Mn in funding and two startup acquisitions took place in the Indian startup ecosystem altogether. (The startup funding calculations are based on the startups that disclosed funding amount.)

ElaWoman: New Delhi-based ElaWomen, a data-driven platform which lists fertility doctors and clinics raised $3 Mn in a Series A funding round, led by Chiratae Ventures (Formerly IDG Ventures India) along with co-investor Alkemi Venture Partners which is an early growth stage fund focused in healthcare and consumption. The startup plans to use the fresh funding to improve its technology and expand its geographical reach to the non-metro cities in India. It also plans to expand to international markets such as Asia Pacific countries which is at present catering to a market of more than $4 Bn.

Innov8: Innov8, the Gurugram-based coworking startup, raised $4 Mn in a pre-Series A round of funding led by Credence Family Office. Existing investors also participated in the funding round. Innov8 will majorly utilise the capital to expand its footprint beyond Delhi NCR, Mumbai, Bengaluru, and Chandigarh. It will further double its seat count to 8,000 in the next six months.

RevFin: Delhi based instant lending startup, RevFin raised an undisclosed amount in the seed funding round from a group of angel investors. The investment was led by Harash Jain (CEO, Litejoy International, and UK based businessperson), Anil K Goyal(Founder, Anil K Goyal, and Associates), Anil Lanba (Senior Technology Executive, EVP Pyramid Consulting) and Krishan B Singh (Investor based in New York). The startup plans to use the funds to launch its services in the Indian market, improve its technology infrastructure and enhance its distribution.  RevFin plans to tap the lending market which has traditionally been the domain of banking institutions.

Betterhalf.ai: Bengaluru-based AI-focussed startup Betterhalf.ai has secured a seed funding of $500K through angel investors that include Shailesh Rao, Former Managing Director of Google India, Massachusetts Institute of Technology (MIT) Alumni like Vinay Subramanian, Former Investment Director at Flipkart, Rehan A Khan, Investor, FirstPenguin Capital, and other senior leaders from Google, Uber and Amazon. The company has raised about $750k till date, and the current round of capital will be utilised in building AI capabilities, while continuing to invest further in technology and talent.

Sattvaponics: Agri-tech company Sattvaponics Solutions Pvt. Ltd raised an undisclosed amount of seed funding from the startup incubator of the Indian Institute of Management, Ahmedabad, and OmniActive Health Technologies Ltd founder Sanjaya Mariwala. It aims to cross 300-400 acres of cultivation in the next three years, producing multiple high-value crops round the year.

Also, this week, a number of speculations around upcoming fundings in the Indian startup ecosystem also surfaced. For instance:

Stay tuned for the next week edition of Indian Startup Funding Of The Week!