One of the biggest funding rounds this week was raised by Artificial intelligence-based energy optimisation and control provider, AutoGrid

This week, a total of 14 startups raised around $94.7 Mn funding in the Indian startup ecosystem 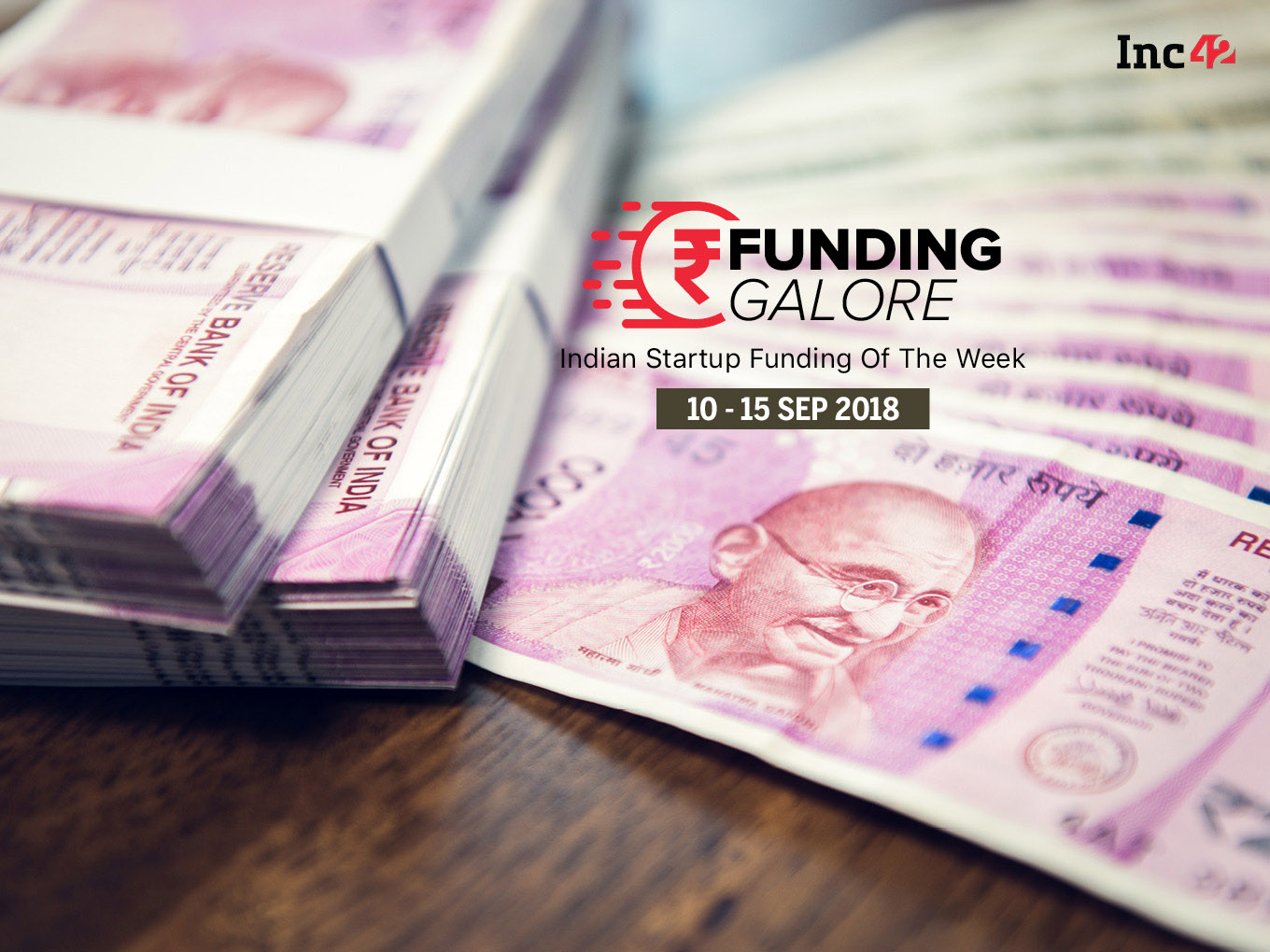 One of the biggest funding rounds this week was raised by Artificial intelligence-based energy optimisation and control provider, AutoGrid. The company raised $32 Mn in a Series D funding round from energy companies CLP Holdings Group, based in Southeast Asia, Innogy from Germany, Ørstead from Denmark, and Tenaska from the US.

With this round, the company has raised a total of $75 Mn funding. Autogrid’s existing investors — Energy Impact Partners, Envision Ventures, Total Energy Ventures, Clearsky Power & Technology Fund, E.ON, and Foundation Capital — also participated in the funding round. The company plans to utilise the raised funds to accelerate commercial deployment of its AutoGrid Flex platform across North America, Europe, and Asia-Pacific.

Further, Mumbai-based venture capital (VC) firm Lightbox Ventures raised $178 Mn for its $200 Mn third fund and expects to announce the final close of the fund by the end of the year. The company will invest $2-8 Mn initially and then make follow-on investments depending upon its capital requirements.

Apart from these, this week 13 startups raised around $62.7 Mn funding in the Indian startup ecosystem. (The startup funding calculations are based on the startups that disclosed funding amount.)

91springboard: FreakOut, the Singapore-headquartered global marketing technology company, has marked its first investment in the Indian ecosystem with Delhi/NCR-based coworking startup 91springboard. The investment in 91springboard is part of FreakOut’s ‘Funding Initiatives’ programme, announced on September 14. 91springboard now looks to tap into the international markets.

BabyChakra: Mumbai-based online parenting platform Babychakra raised an undisclosed amount of fresh funding from a group of senior corporate leads. The list includes Equanimity Ventures Fund, Anand Chandrasekaran; Maninder Gulati; and Gideon Marks. The fresh capital will be used to further strengthen BabyChakra’s region- and language-specific content and communities and deepen personalisation on the product platform. The funding will also help the startup facilitate broader integrations in the maternity and childcare ecosystem.

Verzeo: Bengaluru-based AI-focussed edtech startup Verzeo secured Series A funding of $5 Mn. The company secured funds from undisclosed high net-worth (HNI) individuals in India and plans to use the funds to improve marketing and expansion of the product as well as on research and development.

Bon: Pune-based financial services company for gig economy workers Bon raised $1.08 Mn in a Seed Round led by Omidyar Network in participation with Axilor Ventures and Better Capital’s AngelList India Syndicate. The startup plans to use the funding to further partnerships with banks and non-banking financial companies (NBFCs) as well as increase its presence to 25 cities across India over the next 18 months and kick off operations in other markets in Asia.

Vokal: Bengaluru-based vernacular knowledge sharing platform Vokal raised $6.5 Mn in a Series A round of funding from Bengaluru-based venture capital (VC) firm Kalaari Capital. The funding round also saw participation from Shunwei Capital, 500 startups, Accel India, and Mumbai-based Blume Ventures. The platform plans to use the raised funds to expand to multiple languages and to strengthen its product and technology.

Kissht: Mumbai-based fintech startup Kissht raised $30 Mn in a Series C round led by Vertex Ventures Southeast Asia (SEA) and India and Sistema Asia Fund, with participation from existing investors Fosun RZ Capital, Ventureast, and Endiya Partners. Kissht plans to use the funding to increase its base of both offline and online merchants, deepen its presence across categories, and further enhance its data and analytics capabilities.

Upwards Fintech: Mumbai-based fintech startup Upwards Fintech raised $5 Mn in a Series A round of funding led by Chinese venture fund Shunwei Capital in participation with the existing seed investors, including Mumbai-based India Quotient and Mayfield. Upwards Fintech plans to utilise the raised funds to strengthen its technology and data science capabilities and to expand to more cities.

PharmEasy: Mumbai-based healthtech startup PharmEasy raised $5.5 Mn (INR 40 Cr) in a venture debt funding round from Mumbai-based InnoVen Capital. This round comes quickly on the heels of a $30 Mn Series C equity funding round raised by PharmEasy in March 2018. The current funding is part of its working capital requirement and it will be used for strengthening inventory, developing the warehouse across the country and also receive better customer experience.

MamaEarth: Gurugram-based mother and baby care startup MamaEarth raised $4 Mn (INR 27.5 Cr) in a Series A round of funding. The investment was led by early-stage technology-focused venture capital (VC) firm Stellaris Ventures. MamaEarth plans to use the raised capital to expand its team, invest further in product research and development, strengthen its offline retail presence, and scale up direct consumer reach while building brand awareness.

ShiftKarado: Gurugram-based tech-oriented packing and moving company ShiftKarado raised $693 K (INR 5 Cr) funding from Star WorldWide Group. The funding was received in various rounds, completing the final amount this month. ShiftKarado will use these funds to deploy more resources and upgrade its services, for a better customer experience.

LeagueSX: LeagueSX, India’s first football fans engagement platform using Fantasy sports at its core, has raised an undisclosed amount of funding from marquee of Indian and International investors. The start-up has secured investment at a 10x higher valuation than its previous valuation. The current funding round had seen participation by multiple investors led by Prashant Malik (Co-Founder, LimeRoad, Ex- Facebook, Co-Creator of Apache Cassandra), Akshay Ghulati (Chief Business Officer at Kraftly). The start-up has seen a traction of over 30000+ users from around 163 countries in Asia, Africa and South America.