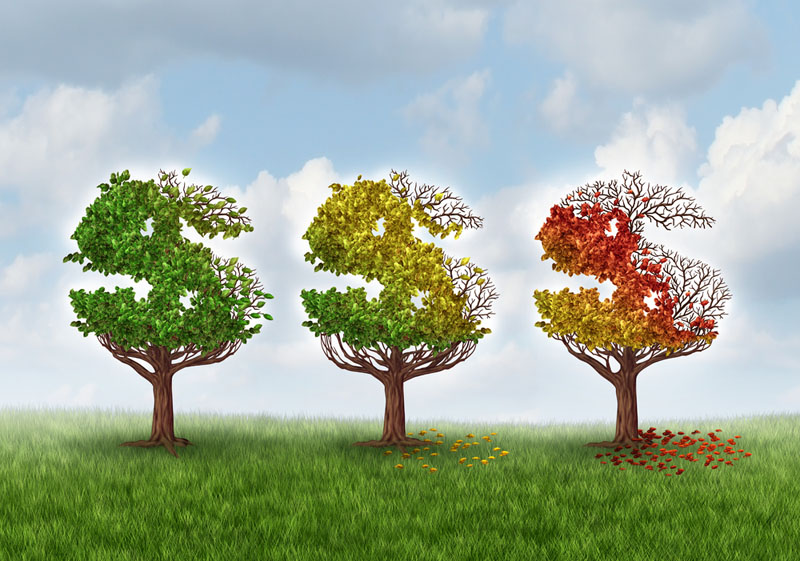 Online classifieds portal Quikr has raised a secondary funding round of $60 Mn led by its existing investor, AB Kinnevik along with the new investors including Falcon Edge Capital and Coatue Management. With this round, the company is said to be valued at about $900 Mn, coming close to the billion dollar club of Indian companies, which already includes Flipkart, Snapdeal, Ola, Paytm, In Mobi and Mu Sigma.

Let us have a look at the 16 startups that raised around $143 Mn in funding altogether.(Calculations are based on startups that disclosed their funding amount.)

NestAway: Bangalore-based online home rentals startup, NestAway raised $12 Mn in a funding round led by Flipkart and Tiger Global to expand to more cities and improvise on the technological front.

Joy by Nature: Delhi based startup owned by Pavitra Retail is one of the largest online performers in the organic industry. This startup secured $1 Mn from Mumbai Angels, Contrarian Vriddhi Fund and High Networth Individuals (HNIs).

ZenRadius: Bangalore-based hiring platform raised undisclosed amount in seed round of funding led by TraxcnLabs and Deepak Singh, founder and director of Anzy Careers. The startup focusses on startups and small businesses to provide good candidates in manageable budget.

Zo Rooms: Delhi-based, budget hotels marketplace, Zo Rooms raised undisclosed amount in series A round from Tiger Global along with Orios Venture Partners. Presently, the startup is operational in 30 cities with more than 400 hotels.

MswipeTechnologies: Mumbai-based mPoS (mobile point-of-sale) solution provider secured $25 Mn (about INR160 Cr) in its Series C round of funding from Falcon Edge Capital, Meru Capital and Ola. The startup plans to use the funds to further accelerate its aggressive growth and customer success.

HolidayIQ: Travel and holiday information portal has tied-up with Makemytrip. The latter will invest $15Mn in HolidayIQ, which plans to use the proposed funding to mainly strengthen its Content, Mobile and Product services.

iCrushiFlush: Venture Capital fund IDG Ventures India has invested undisclosed amount in a casual dating app. The Pre-Series A funds raised by the startup will be used for marketing and product enhancement.

JetSetGo: Yuvraj Singh’s debut startup fund, YouWeCan Ventures has announced its investment in an online marketplace for private jets and helicopters. It is estimated that the deal lies between $156k – 236k (INR1 – 1.5 Cr.), as the early stage fund typically invest in this ticket size against a stake of 12-15%.

Fitternity: The Zomato for gyms, health clubs and yoga centers has raised $1 Mn from Exfinity Venture Partners. The startup will use the infused funds to expand into new cities, operations and management along with improvisation on the technological front which includes fine tuning their Mobile app.

MedGenome Labs: Bangalore-based high-end diagnostics Services Company raised $20 Mn in Series B round of funding led by Sequoia Capital. The funds will be used in expansion of its portfolio of genetic tests, sequencing facilities in India and the US, and expanding its network with speciality hospitals / clinics and genomic research institutions in India.

BroEx: Gurgaon-based startup that deals in network of real estate brokers, BroEx, raised $1 Mn in early stage round of funding from Lightspeed India. Oku Tech’s BroEx will use the funds to expand in Tier I, Tier II and Tier III cities across India.

Shopatplaces: Region specific online brand that offers authentic products from the places has bagged a funding by Indian Angel Networks. Shopatplaces curates the things special to a place and sells them online at best price.

With this, Gurgaon based, hyperlocal delivery startup, VeggyKart is planning to raise $3 to 4 Mn Series A funding led by Venture Capitalists. The startup that deals in online venture of home delivery of fresh fruits, vegetables and grocery plans to invest a significant portion of the proceeds to acquire customers and expand business beyond Gurgaon.

Intrasoft Technologies Ltd, which owns and operates the online greeting cards and commerce site 123greetings.com raised approximately $5.4 Mn (INR 34 Cr) by selling over one-third of its treasury stock through bulk deals. The company will use the proceeds from the share sale to expand and grow activities related to the ecommerce business.

This week Bangalore-based on demand delivery service startup, MagicTiger acquired GoDeliver, another startup of the same domain, for an undisclosed amount. With this acquisition, MagicTiger seeks to get some help over the delivery and tracking components derived from the GoDeliver team.

The Other Developments That Took PLace This Week Are: