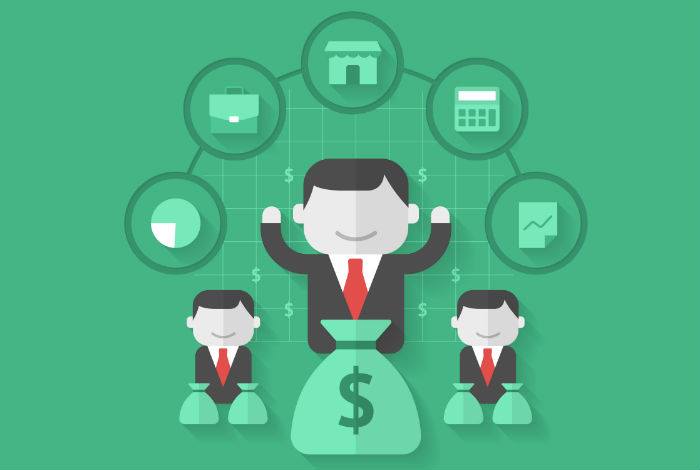 One if the biggest development of the week was Twitter acquiring Bangalore-based Zipdial for an undisclosed amount. The deal is estimated to be somewhere between $30 – $40 Mn. According to sources close to the development, iSpirt has played a significant role in this deal. However when we reached out to them they declined to comment on this development.

In total, 19 startups raised about $220 Mn amount in funding during the week.(This is based on the startups that disclosed their funding amount)

Ping Digital Network: Ping raised its second round of investment from angel investors group headed by Monisha Advani of Enmay. Promoters’ stakeholder in Ping digital network increased to 65% after this round of funding. The capital that has been raised through divestment would be used as growth capital.

Refiral: A SaaS-based marketing tool, Refiral raised $330k funding from Cogent E services. The Company plans to use the funds to evolve current product and scale up business operations in India as well as international markets said Co-founder Anmol Batra.

Ekincare: Hyderabad-based Aayuv Technologies Pvt Ltd., the company behind the online cloud-enabled medical records platform eKincare, has secured INR 1 Cr. in angel round of funding from US-based healthcare firm Adroitent Pvt. Ltd. According to the company, the funds raised would be used for product development, hiring and marketing purposes.

Shopclues: Gurgoan based Clues Network Pvt Ltd which runs and operate online marketplace Shopclues.com raised $100 Mn in Series C round of funding led by Tiger Global and its existing investors Helion Venture Partners and Nexus Venture Partners. This round takes the total funds raised by the company to $115 Mn and values it at about $350 Mn. Shopclues will be investing the funds raised in technology, marketing and will work to enable more and more sellers to come on its platform.

Spangle: Spangle inc. this week launched Shout app for iOS and confirmed that the company has raised $2 Mn led by notable angel investors such as Robert Wolf (CEO of 32 Advisors and advisor to President Obama) and Shane McMahon (Chairman of You on Demand, son of WWE’s Vince McMahon). Funding will majorly be used for product development and investing in companies technology founder Mullan said.

ShaadiSaga: A one stop wedding solution for people to Share, Plan and Celebrate their Wedding journey recently raised undisclosed amount in a funding round led by Outbox Ventures. The startup plans to use the funds raised for expanding to more cities, reach out to more couples and develop more capabilities for various service providers to better manage their business online.

Appsflyer: Mobile advertising platform, Appflyer this week raised $20 Mn in series B funding round totalling to $28 Mn of funding till date. The funding round was led by Fidelity Growth Partners Europe (FGPE), Magma and Pitango also participated in this round of funding.The funds from the latest round of investment will be used to accelerate development of its product offerings, including a new series of tools to help marketers measure the impact of their campaigns. The company will also push ahead with plans for international expansion.

Freshmonk: Freshmonk, a custom apparel design and fulfillment platform raised undisclosed amount of funding from Singapore-based August Capital Partners (ACP). As a part of this investment, Alex Kumar, Director at ACP shall join the company’s board. Company looks forward to use this funding to establish this model in Indian market.

Amagi Media Labs: Bangalore-based geo-target ad firm Amagi Media Labs raised funding from Premji Invest and Mayfield Fund. The company has kept the funding amount undisclosed, however media reports suggests that it has raised over $15 Mn in this round of funding. The funds raised would be used to implement the company’s growth plans both in India and globally.

Healthyworld.in: Mumbai-based HW Wellness Solutions Pvt Ltd., the company behind HealthyWorld.in which is an online healthcare products store raised $200K from a digital media serial entrepreneur, surgeon and an NRI. The raised fund will be used to market the website and incorporate offline integration and private labelling.

Hopscotch: Mumbai based online store for babycare and kids products Hopscotch raised $11 Mn in Series B round of funding led by Facebook co-founder Eduardo Saverin and Los Angeles based VC firm Velos Capital. The latest round of funding will be used to ramp up marketing, add more product categories and build out the senior management team.

This week, 5 startups raised seed funding from investors at the TiE Hyderabad SmashUp these include Enabli, a subscription-based service for B2C businesses like photographers, real-estate agents and wedding planners; Yo Grad, a community for students to network, learn, and discuss with students from different colleges; mobile app; Play Your Sport, a marketplace for sports and fitness; Hostel Dunia, it provides information about hostels and paying guests accommodations and CBS which helps fetch data from different devices and sensors and provides smart solutions.

With this, according to reports BigBasket is in final talks to raise about $15-16 Mn (about INR 100 Cr) in a new round of funding to be led by Silicon Valley-based venture capital firm Bessemer Venture Partners, this  will value BigBasket at around INR 1,400 Cr. With this, Sequoia Capital-backed auto portal, Cardekho is reportedly close to raising $40-50 Mn in a new round of funding from Hillhouse Capital with its existing investor Sequoia Capital and another investor are likely to participate in the round.

Apart from these, the Singapore government’s investment company, Temasek Holdings announced that it will be acquiring 100% stake in Mumbai-based venture lender SVB India Finance for INR 280 Cr.

Earlier this week, India Quotient announced the 5 startups as the winners of MobileIQ, a competition for early stage mobile startups and the winner will stand a chance to get funding of INR 50 Lakh. The winning 5 startups include Taskbob, WhichApp, Reach, The Zero Games and PinChat.