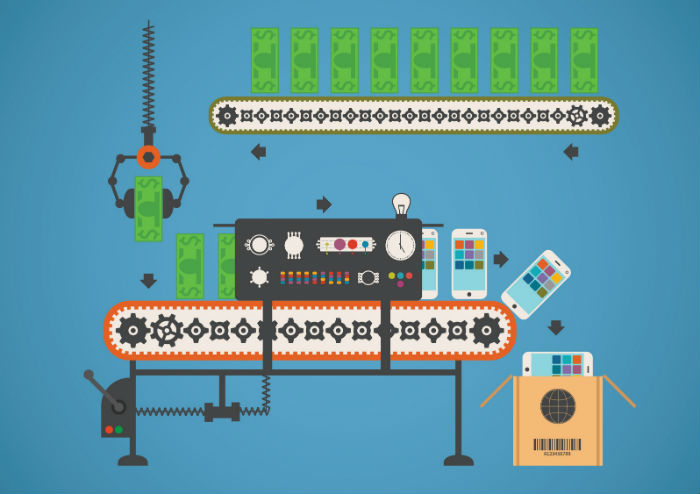 The week ended with the news of Vayloo Technologies which runs Lenskart raising INR 135 Cr. in Series C round of funding from TPG Growth, Hong Kong-based TR Capital and IDG Ventures. With the funding, Vayloo Technologies will be valued at $100 Mn. During the week in total 5 startups managed to raised more than INR 24 Cr. (This is based on startups that disclosed their funding amount,)

Let’s have a look into the startups that raised funding during the week:

VioletStreet.com: Hyderabad-based VioletStreet raised INR.2 Cr. in a angel round of funding led by former Bank of America SVP, Venkat Vallabhaneni, and Srinivasa Rao Paturi. Launched in 2014, VioletStreet plans to use the raised funds to scale the technology, and to grow its team and increase its reach in the Indian market.

Yup!: A messenger app by Nucleus Research Pvt Ltd, raised $500,000 in seed funding led by the chairman of Olive Telecom, Arun Khanna and Harsh Khanna, a test lead at HTC. The startup will be using these raised funds to turn Yup! into a go-to destination to access all kinds of information that are of human interest, with a single click.

SpoonJoy: It raised an undisclosed amount of funds in angel funding led by Sachin Bansal (Co-Founder Flipkart) nd Mekin Maheshwari (CPO Flipkart), Abhishek Goyal founder of Tracxn and Sahil Barua, (Co-Founder, Delhivery). Founded by Manish Jethani, spoonJoy is a Bangalore based food delivery startup. SpoonJoy plans to build its technology and scale up its operations to newer geographies from the raised funds.

BookMEDS: Healthcare ecommerce portal BookMEDS raised $100K in seed funding round. from Fabella Ecommerce Pvt Ltd. It plans to use raised funds to drive sales and marketing. Founder of BookMEDS, Mohammed Abubakr said’ “BookMEDS is revolutionising the whole experience of standing in a line at a medical shop and getting your order filled by someone who may not have even passed high school is about to change.”

Aurus Network: The Bangalore based startup raised INR 18 Cr. in a series A funding led by IDG Ventures and Kalaari Capital. The online education solutions provider Aurus Network was founded by Piyush Agarwal and Sujeet Kumar. The startup will be using the funds raised for its flagship product SuperProfs.com.