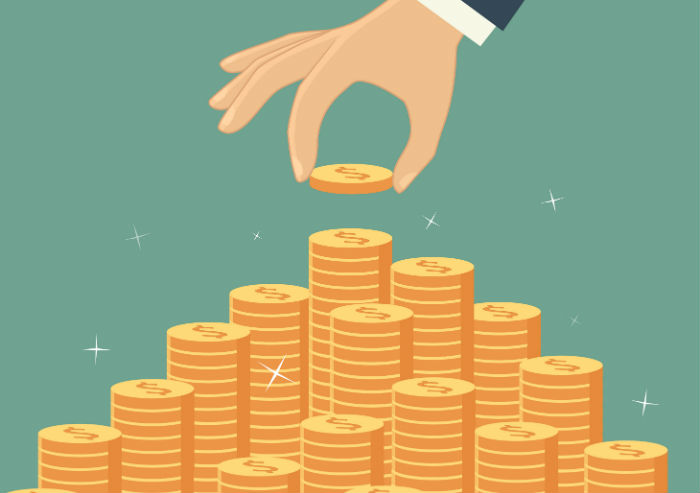 The week saw Flipkart raising yet another round at a pre-money valuation of $10 Bn. In total,  11 startups raised more than $640 Mn in funding (this is based on the startups that disclosed their funding amount).

Let’s have a look at the startups that got funded this week:

Flipkart: It raised between $500-600 Mn at a pre-money valuation of about $10 Bn from Tiger Global, Naspers and Yuri Milner’s DST Global and some new investors. The official announcement is expected to come in the coming week

Scrollback: Singapore based Jungle Ventures invested $400k in Scrollback. Scrollback was founded in 2013 by Aravind Ravi-Sulekha and Gaurav Srivastav. The startup plans to use the raised funds to reach out to a greater number of forums.

Qikwell Technologies: Saif Partners invested in this Bangalore based Healthcare Startup. It raised raised $3 Mn in series A round. It plans to use the raised funds to expand its sales and marketing footprint across the country.

Zentron Labs: An IT product Zoho Corp has invested in Zentron labs. Zentron was launched back in 2012 by Krishnan Ramabadran and Ramgopal Vallath.

Velvetcase: An online marketplace for designer jewellery, Velvetcase raised $1 Mn (INR6 Cr.) in a funding round led by Chennai Angels and others. The raised funds will be invested to strengthen technology platform and analytics to make it more relevant and engaging for customers as well as on marketing.

Aureus Analytics: It raised over INR 5 Cr. ($850,000) in an angel round on the online funding platform LetsVenture. The round was led by Rajan Anand, Steven Sule, Arun Venkatachalam, Amit Patni and Arihant Patni.

FindUrClass: It raised INR 1.5 Cr. in angel funding led by angels associated with VentureNursery. Mumbai based 2 year old Startup FindUrClass helps students to select extraordinary and hobby classes. The plan of the Startup is to add up a subscription free.

Delyver: This neighbourhood delivery startup raised INR 6.5 Cr. in funding led by a Bangalore based Venture Capital firm. The Startup plans to use the funds raised for its expansion plans to the 20 cities by next year. Further, the startup plans to add up more categories including medicines and ready-to-cook products.

Loudcell: Indian Angel Network has invested undisclosed amount  Loudcell, a startup with a vision to save diesel cost and reduce wastage/inefficiency for diesel generators owners.

Unikrn: From an undisclosed Investor, Rahul Sood, Former GM of Microsoft has closed $ 2.5 Mn in funding for his gaming startup Unikrn.

Apart from the funding activities, one acquisition also took place, this  include 8kMiles, the Cloud solutions company acquiring US-based Serj Solutions through its US subsidiary to step up its presence in growing healthcare market with an end-to-end cloud-managed solution.

SAIF partners, which is one of the early investor in JustDial has sold 2.4% stake in the company which helped it earn returns of over 30 times. The shares have been sold in tranches since June and amount to total of INR 254 Cr.  With this, now SAIF holds 8.71% in the company.

Tiger Global which is one of the largest investors in Indian tech startups and has investments in firms like Flipkart, Olacabs, Just Dial and MakeMyTrip closed $2.5 Bn in a new funding. The fund, named as Tiger Global Private Investment Partners IX, saw participation from as many as 521 investors/limited partners.

GSF Accelerator will be launching GSF M-Accelerator, in February next year, to mentor and fund 10 mobile-first startups in the country. The company will discontinue its internet and generic startups focused accelerator. The accelerator program will be spread over 4 months, with startups spending two months (Feb-April) in Delhi and Bangalore, one month (April-May) in Silicon Valley and New York, and one week in May in Singapore.