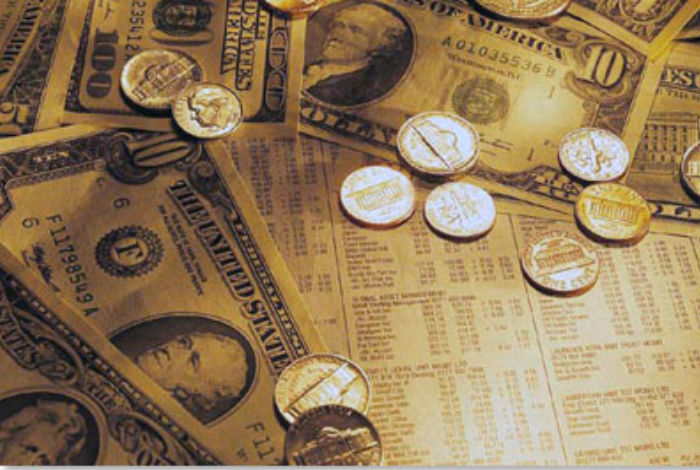 Reliance Capital sold around 1% stake in payments firm Paytm for $41.2 Mn (INR 275 Cr) to China’s Alibaba Group. The Anil Ambani-controlled Reliance Capital had bought this stake for $1.5 Mn (INR 10 Cr) in One97 Communications, the parent company of Paytm in 2010.

Next up, at [email protected] Bhavan, a startup event organised by the Presidential Residence in partnership with the Confederation of Indian Industry (CII), 12 startups received a total funding of $12.75 Mn (INR 85 Cr).

This week 33 startups raised about $60 Mn in funding. (Funding is based on startups that have disclosed their funding amounts.)

PeeBuddy: Female hygiene product maker PeeBuddy raised about $443K (INR 2.96 Cr) Pre-Series A funding from Indian Angel Network. Sanjay Mehta, Ishan Singh, and Vikas Kuthiala led this round of investment on behalf of Indian Angel Network. It will use the newly raised funding to focus on making investments in strengthening its market position as well as creating an innovative product portfolio mix and a strong team.

Parentune: Gurugram-based online community of verified parents and real-time trusted advice, Parentune raised an undisclosed amount of funding from Kae Capital and Singapore-based Segnel Ventures. The raised funds will be utilised towards building personalised support for parents, with technology, data and intelligence at the centre of Parentune’s scale up. Also, there are plans to launch the network in Hindi and other languages.

Smartron: Hyderabad- and Bengaluru-based smartphone maker Smartron raised an undisclosed amount of funding from Sanjay Jha, CEO of GlobalFoundries, the global contract manufacturers of semiconductors. The current round of funding has raised the total investment in the company to date to $15 Mn (INR 100 Cr). Also, the company is further planning to raise another $30 Mn (INR 200 Cr), primarily for research and development.

PipeCandy: Chennai-based PipeCandy, an intelligent sales prospecting platform raised $1.1 Mn (INR 7.3 Cr) in a Seed round of funding from IDG ventures, and Axilor Ventures. Emergent Ventures, Indian Angel Network along with a few more undisclosed startup investors also participated in the round. The startup plans to utilise the raised funds to deeply verticalise its analytical models and to build tools that make sales representatives follow best practices effortlessly. Also, the goal is to touch 100 paying customers by July 2017. The company had earlier raised an undisclosed amount in February 2016.

Rivigo: Gurugram-based logistics platform Rivigo raised about $15 Mn (INR 100 Cr) in debt finance from undisclosed private sector banks. The startup will use the newly raised funds to increase its fleet and for preparing to introduce new products, including a technology to automate its trucking operations.

Blowhorn: Online marketplace for last-mile logistics Blowhorn raised $3.75 Mn (INR 25 Cr) in Series A funding from IDG Ventures India, together with the Michael & Susan Dell Foundation and existing investors, Draper Associates, and Unitus Seed Fund. For Tim Draper’s new fund ‘Draper Associates,’ Blowhorn is the first Series A bet in India. The startup plans to utilise the funds to expand operations to eight cities in the next 24 months, with over 25,000 daily active drivers.

AgroStar: Pune-based agritech startup AgroStar raised $10 Mn Series B funding led by Accel India. Existing investors IDG Ventures and Aavishkaar also participated in this round. The startup will use the newly raised funding to solidify its leadership position in the agri-tech space and have a pan-India presence in the next two years. It also plans to build its leadership team and further strengthen its technology and data analytics platform.

Zapr: Television broadcast network STAR invested $8 Mn in Bengaluru-based Zapr Media Labs, against a minority stake. The two companies will work together to create a deep understanding of mobile audiences that can be leveraged by brands to create personalised communication and offers.

Juno Clinic: Mumbai-based Juno Clinic raised about $1.2 Mn (INR 8 Cr) in Pre-Series A round of funding from Atul Nishar (founder of Hexaware Technologies & Aptech Computers) and other individual investors. The round also saw participation from the family office of Sunita and Neeraj Bhargava (founder of Zodius Capital), Vikas Khemani (President & CEO, Edelweiss Securities Ltd) and other individual investors. The startup will use the funding proceeds to expand into both domestic and international markets online.

myCBSEguide: Delhi-based edtech startup myCBSEguide raised an undisclosed amount in an angel funding round led by Rajesh Magow, CEO of MakeMyTrip. The platform aims to use the funds for new hiring and enhancing marketing spend and product technology. It aims to increase its employee strength from 18 to 40 in the next four months.

AppBrowzer: Bengaluru-based Roid Technologies Pvt Ltd, which operates instant mobile app store AppBrowzer raised $500K led by Deepak Gurnani, a member of Singapore Angel Network. A group of angel investors also participated in the round. A significant amount of the capital was invested in building and launching the product and forming a team.

Property Share: A Bengaluru-based startup that enables fractional property ownership, Property Share raised an undisclosed amount in a funding round that was led by Japanese asset management firm Asuka, and existing investors Pravega Ventures, and Singapore-based venture capital fund Beenext. The startup plans to spend the funds mainly on technologically upgrading the product and recruitment across areas such as investment, operations and technology.

PICKmE: Mumbai-based PICKmE raised $1.79 Mn from the SIDBI Venture Capital Fund. SIDBI has bought 30,133 shares at INR 3,982.34 apiece. The gadget insurance and repair services startup will use the capital for expanding its presence to 50 cities over the next two quarters.

BookServicing: Online car servicing platform BookServicing raised $30K in seed funding from the National Science and Technology Entrepreneurship Development Board (NSTEDB), a government arm that promotes tech enterprises. The funds will be used for developing solutions for optimising operational inefficiencies in the automotive aftermarket and enhancing the car owning experience for customers.

SummerLabel: Fashion and lifestyle discovery platform Summerlabel closed a Seed round of funding totalling $150K (INR 10 Mn) through multiple angel investors based out of Silicon Valley and India. The startup is looking to invest the funding in building technology infrastructure, expanding its team and build a more robust network of private labels, users and influencers.

Easter Egg: Bengaluru-based Easter Egg a blockchain-enabled, global gifting platform has raised its initial round of funding from Wealthy Ideas. This funding will help them take the products to other geographies as well as hire talent.

Next up, Delhi-based cold pressed juice maker MyGreens acquired JusDivine for an undisclosed amount in an all equity deal to gain entry into the Mumbai market. The deal values the merged entity at $2.8 Mn (INR 20 Cr). The merged entity will operate under the MyGreens brand and look to launch operations in Mumbai this month.