Last month, WhatsApp India received the NPCI nod to go live on the UPI network in the multi-bank model

WhatsApp’s partnership with JioMart is expected to scale up in 2021, while the platform’s use for social commerce and reselling is also expected to increase in the new year 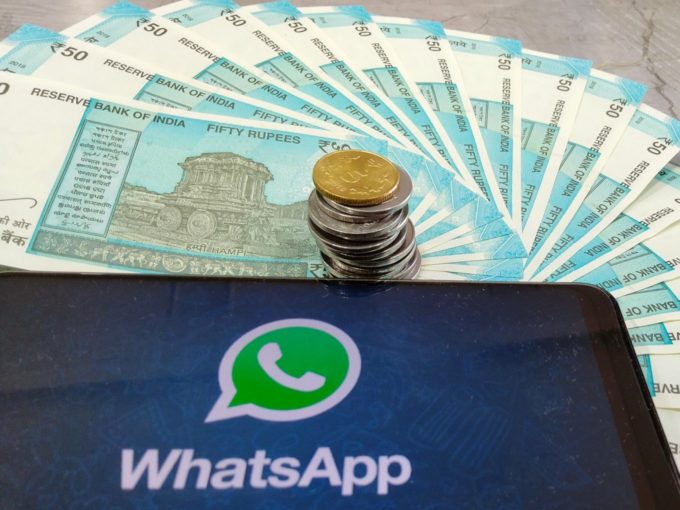 For Facebook-owned messaging platform WhatsApp, which has 2 Bn users worldwide, India is the largest and most influential market, with well over 400 Mn users. It is only natural for the company to look to expand its user base in the country by rolling out products and services tailored to the Indian market.

To that effect, the company has launched several products globally and in India this year, while some stuck in limbo for long have received the green light from Indian regulators.

Notable among these is WhatsApp’s digital payments application WhatsApp Payments (WhatsApp Pay), which the company had been beta-testing for two years while it awaited approval. Last month, WhatsApp Pay received the NPCI nod to go live on the UPI network in the multi-bank model. However, to prevent the overload of the UPI infrastructure, WhatsApp Pay has been allowed to on-board 20 Mn users for initial purposes. Although, it’s not clear for how long this limit on the application’s user base in India will apply.

Earlier this month, the company also launched a new ‘Carts’ feature, allowing users to select multiple items for purchase from the product catalogue of WhatsApp Business accounts, and send their chosen entries as a message to the business.

While the focus in the new year will remain on scaling up its recently-launched offerings in India, WhatsApp is also planning to roll-out more products and services to cater to the needs of its Indian customers.

Below we look at what to expect from WhatsApp in India in 2021.

In July, WhatsApp’s India head Abhijit Bose said that the company would partner with banks and financial institutions for the expansion of banking services in rural areas. To ensure people’s access to financial services such as insurance, microcredit and pension, the Facebook Inc-owned platform was also planning to pilot certain products and services, Bose said during the Global Fintech Fest.

“We now want to open up with more banks… over this coming year to help simplify and expand banking services, especially to the rural and lower-income segments… we also aim to expand our experiments with partners for other products that RBI highlighted as basic financial services, starting with micro pensions and insurance,” Bose said in July.

Earlier this month, WhatsApp’s global head Will Cathcart reiterated the company’s commitment to Bose’s plans. “We are partnering with banks and financial institutions so people can get help and services without entering a local branch. Even as WhatsApp has become a way for hundreds of millions of people in India to communicate we feel we are just getting started.”

WhatsApp and Reliance’s online grocery store JioMart have a limited integration in place. Users can message ‘Hi’ to a phone number for JioMart, following which, a chat with the store’s virtual assistant would be initiated. Through this chat, one can track the status of their orders and make an item or refund-related queries.

It has been reported that at some point in the future, JioMart could become a ‘mini-app’ on WhatsApp. If such a partnership does materialise, it would ostensibly be a win-win for both. For JioMart, it would allow the company access to WhatsApp’s more than 400 Mn users in India.

For WhatsApp, users shopping through its platform would mean an opportunity to drive up payments through its newly-launched payments application WhatsApp Pay. WhatsApp Business already facilitates the social commerce model for multiple Indian startups which aim to leverage the community-driven reselling model to gain sales.

Several Indian ecommerce startups are leveraging WhatsApp’s reach to realise their social commerce ambitions. For instance, Jaipur-based online grocery startup DealShare is reported to have created more than 100 WhatsApp groups with 15,000 customers to inform them about deals and offers.

Another startup, Bengaluru-based Meesho, also relies heavily on WhatsApp to power its reselling model. The company allows individuals to set up their retail businesses with zero investments. A user can sign up as a seller on Meesho, browse through their product catalogue and order the products from Meesho’s wholesale suppliers, for which the individual feels there is a demand among their social network.

The user can add a margin to the prices of these products and sell them to interested buyers. Social commerce and reselling works because in Tier 2 and Tier 3 cities as well as rural areas, there may be some amount of suspicion when buying from online retailers. On the other hand, online sales can go up if the purchase occurs through a friend or acquaintance of the buyer, who’s tasked with reselling products.

Meesho’s resellers mostly chat with their customers through WhatsApp Business accounts, where they are able to use automated messages and product catalogues to ensure a smooth customer experience.

WhatsApp Business To Scale Up In India

In July, WhatsApp claimed that there were 50 Mn WhatsApp Business accounts globally, of which 15 Mn were from India. The company announced its plans of providing businesses with QR codes. The QR codes could be displayed on a business’ storefront or their product receipt and packaging material. Instead of having to save a business’ number and then starting a chat, users could simply scan the QR code to initiate a WhatsApp chat with the business. Last year, the company introduced the catalogue feature for WhatsApp Business, allowing businesses to showcase the goods or services they offer.

Going forward, WhatsApp plans to expand the offerings it provides through WhatsApp Business. The company is looking to provide businesses with the option to manage their WhatsApp messages via hosting services that Facebook plans to offer.

“This will make it easier for small and medium-sized businesses to get started, sell products, keep their inventory up to date, and quickly respond to messages they receive, wherever their employees are,” WhatsApp said.

The company plans to expand its partnerships with business solution providers and will charge users of WhatsApp Business if they choose to avail such advanced services.

Meanwhile, WhatsApp is also competing with Indian foodtech unicorns Zomato and Swiggy as a channel for placing direct orders with restaurants. For restaurants taking exception to the 20% commission charged by Zomato and Swiggy for delivery costs per order, WhatsApp offers them an alternative, as well as a means to further their D2C revenue channels. The coming of WhatsApp Pay would further end restaurants’ reliance on aggregators for payment options. However, the possibility of trimming delivery cost by using WhatsApp Business hinges on whether last-mile logistics solution providers such as Dunzo, Shadowfax and Delhivery can give a better deal to these restaurants.

An Inc42 Plus story from last month, titled, “WhatsApp Payments – A House Of Cards Or A Behemoth In The Making?”, contains an analysis of the company’s fintech and ecommerce ambitions in India.