On March 31, 2021, Flipkart uploaded a graphic on Twitter saying that it will accept Bitcoin, the world’s leading cryptocurrency, as a form of payment

The All India Online Vendors Association (AIOVA), which has complained multiple times against Amazon and Flipkart’s alleged anti-competitive practices, put up a very strange tweet on April Fool’s day India’s tech startups are well-known narcissists. They want to be in the news, all year long, sometimes for their ESOP buybacks and at other times for their multiplying user base. Evidently, those nerves don’t calm down for April Fool’s day either, as startups looked to gather the limelight for their harmless jokes and to also invite a few laughs among their social media followers. So to separate news from fiction, here are some April Fool’s pranks by India’s startups. 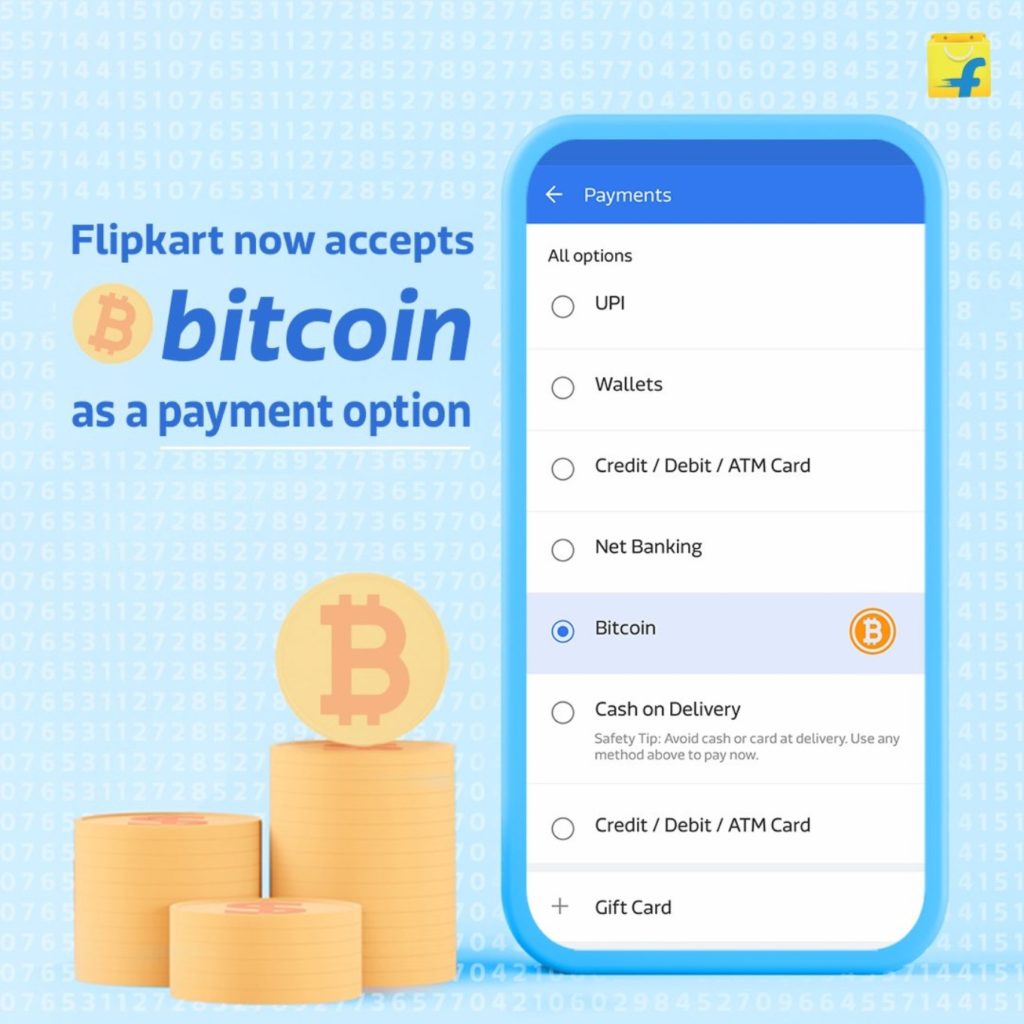 On March 31, 2021, Flipkart uploaded a graphic on Twitter saying that it will accept Bitcoin, the world’s leading cryptocurrency, as a form of payment. The company clarified in a follow-up message the next day that it was an April Fool’s joke. Although, it’s hard to understand what’s so funny about this? Especially after Tesla has started accepting Bitcoin as a form of payment, while PayPal has enabled its US consumers to convert their bitcoins and other cryptocurrencies into fiat currencies while making payments to millions of merchants globally.

The All India Online Vendors Association (AIOVA), which has complained multiple times against Amazon and Flipkart’s alleged anti-competitive practices, accusing these companies of preferential treatment of select seller entities, put up a very strange tweet on April Fool’s day. “We respect the work done by Flipkart, Amazon, Snapdeal and others for empowering sellers and maintaining a neutral platform where anyone can come and sell without any fear of unjust competition. Their democratized marketplace is InnovatIve, revolutionary and unique.”

People who have followed AIOVA’s work over the years would have been very puzzled by this tweet, until a moment later, when they would have inevitably realised it to be a sarcastic April Fool’s prank. Good one!

If a matrimonial site dedicated to IIT and IIM alumni or developers only weren’t enough, FAANGShaadi is trying to top that one this April 1. While the website looks slick and real, completing their witty survey actually takes you to tech-focussed skilling platform Scaler’s website.

No wonder FAANGShaadi claims to have been acquired by InterviewBit, which runs Scaler. While the stereotype is that dating is a difficult game for engineers and coders, at least their job credentials might be able to do the talking.  The team behind the prank also created a video.

ixigo has forayed (not) into the air cushion packaging market with the launch of its newest innovation, the anti-turbulence smart seat. ixigo smart seat is a first-of-its-kind cushion designed to help air travellers deal with turbulence caused due to rough weather conditions.

Online furniture retailer Pepperfry said it has launched a first of its kind ‘Furniture Based Mutual Fund’. “You get a good bed, your family expands. You get a good table, you make progress,” said the CFO during the interview.

Ola cofounder Bhavish Aggarwal put up a rather serious video detailing his company’s new product, an autonomous electric flying car called Ola Air Pro. The company has even created a whole website dedicated to this prank product and is accepting bookings for test flights there. While some in the comments section were able to gauge that the news is ‘too good to be true’ and is actually a joke, others casually went ‘Wow!’. For those still wondering, we are at least a few decades away from flying cars.

Some other companies seem to have realised Ola Electric’s April Fools attempt, and resorted to mercilessly trolling the ride-hailing giant. 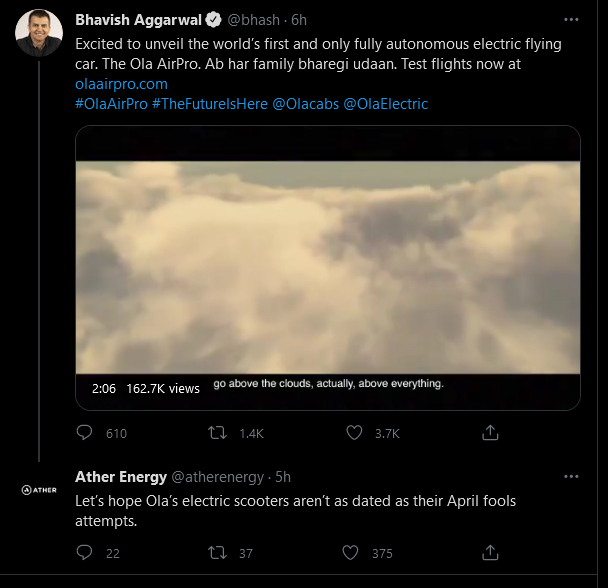 Author Chetan Bhagat replied: “Superb, can I open the windows while up there? I’d love some fresh air. Oh, and prime play too – bina music ke mazaa nahi aayega.”

Then there was the ePlane Company, which is actually building an electric plane, which chimed in with this gem: 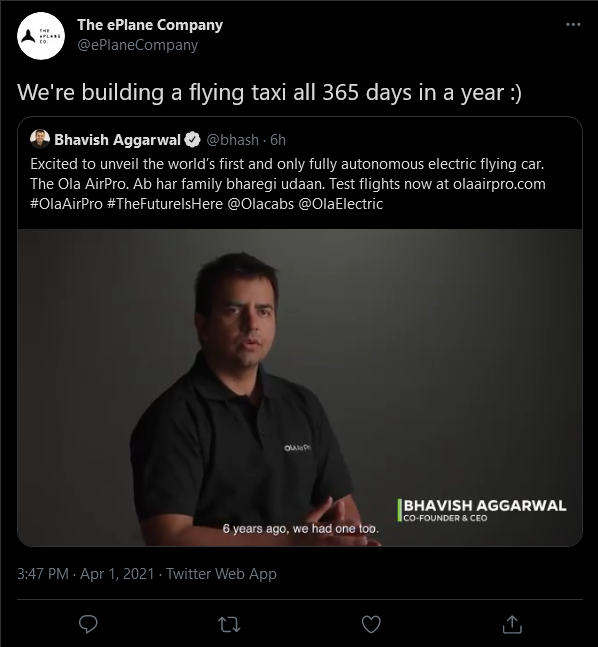