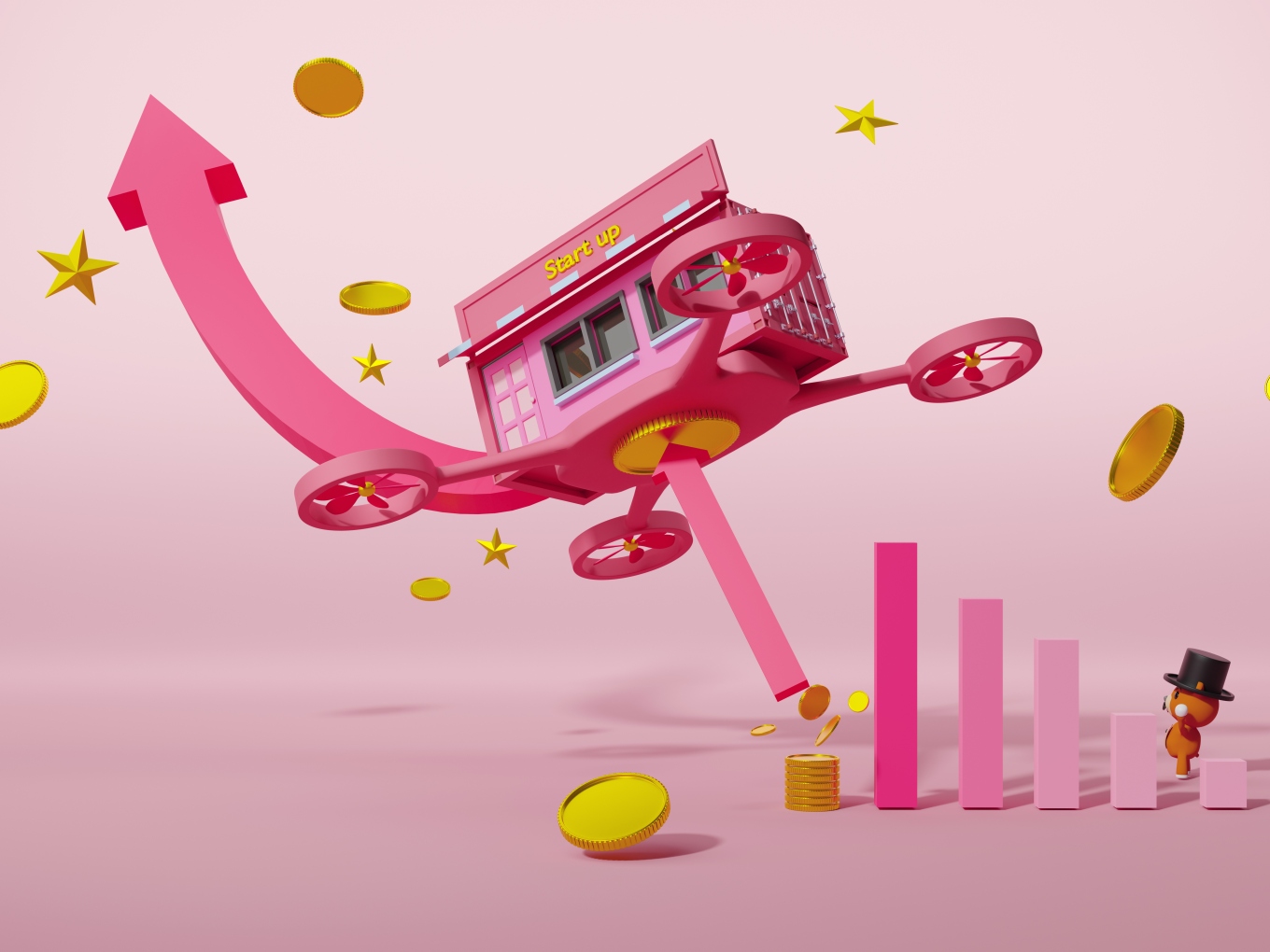 Have Zomato and CarTrade given investors enough faith for upcoming IPOs?

The new rules for drone operations could revitalise the market

P2P lending is back, the drone sector could be ready to fly high in India and the club of IPO-bound tech companies continues to swell, despite CarTrade getting off to a slow beginning in the stock market and Zomato stock also on a decline. As the IPO train rolls on and funding continue to remain high, the biggest of startups are also creating wealth for their employees in various ways.

But before we go into the details, here’s a look at the top stories this week: 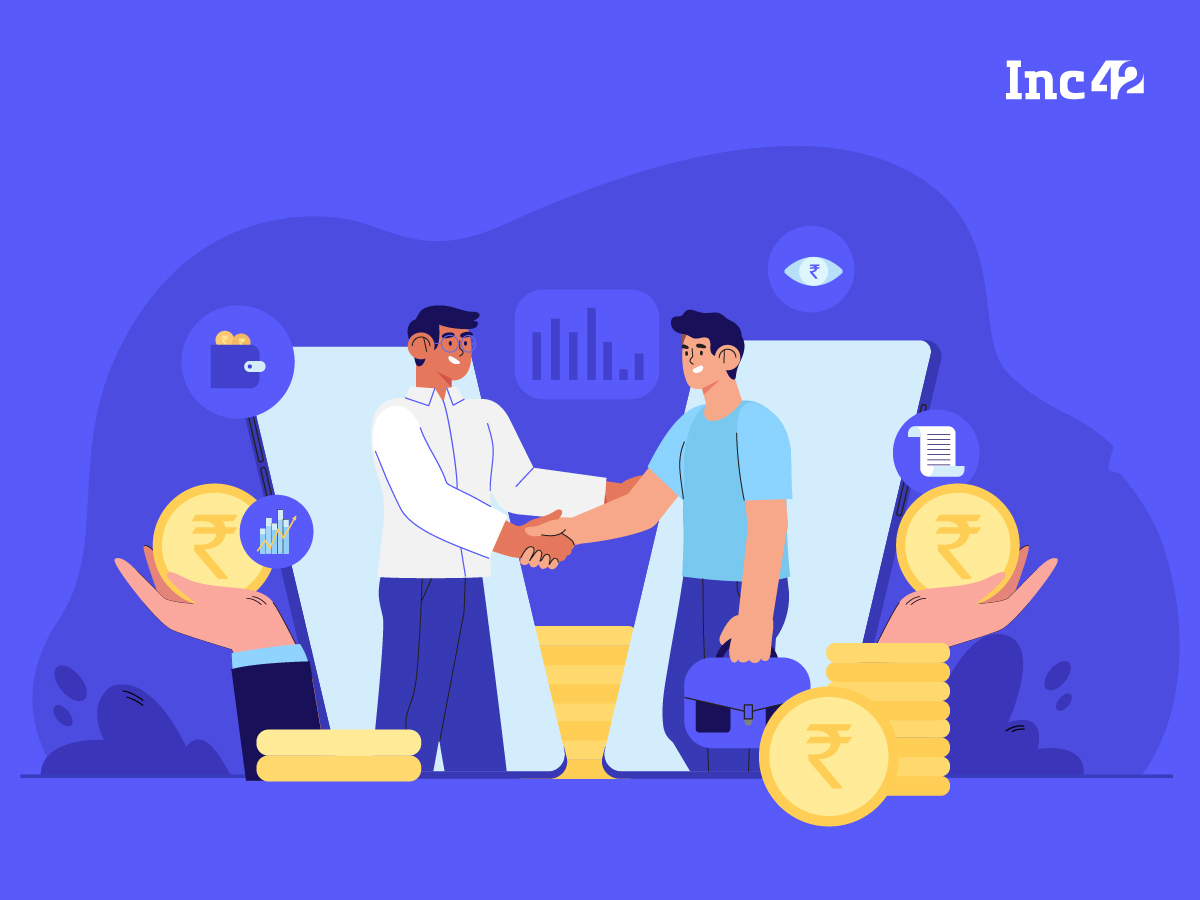 Two fintech unicorns — Cred and BharatPe — have entered the P2P (peer-to-peer) lending fray in the past week. While some lauded the duo on social media for tapping a new monetisation channel, a few others were not so impressed.

P2P (peer-to-peer) lending has never really taken off in India despite being the next-big-thing for the better part of a decade. The problem was that many lenders lost their money in the first wave of P2P loans in India around 2015-16 and never returned to the platforms. The hullabaloo they raised led the central bank to regulate the sector and cap the maximum amount a lender could disburse at INR 10 Lakh. That was in October 2017.

Investors thought that RBI’s purview would mean that lenders would flock once again to these platforms. So, a number of P2P loan startups raised early-stage rounds in the next year — such as LenDenClub, LiquiLoans, Faircent, Cashkumar, PaisaDukan and Anytime Loans to name a few.

But, lenders did not show up in droves. “People have not been able to trust borrowers on these platforms and that is not about to change soon. Even the central bank easing the cap on individual lending five-fold to INR 50 Lakh has not helped much,” said a partner at a top management consulting firm who did not want to be named.

Are the two fintech unicorns then entering a market that never gives? One has to recognise that none of the P2P NBFC players is as big as BharatPe (7 Mn users, $600 Mn funding) or Cred (5.9 Mn users, $442 Mn funding). This means they neither had the marketing muscle nor the data wherewithal to create a strong peer to peer lending ecosystem.

However, another thing to note is that both the companies are going into the P2P businesses with NBFC partners who themselves get a puny 1-3% cut of the loan amount as commissions. Is eking out a part of that small pie worth the effort? 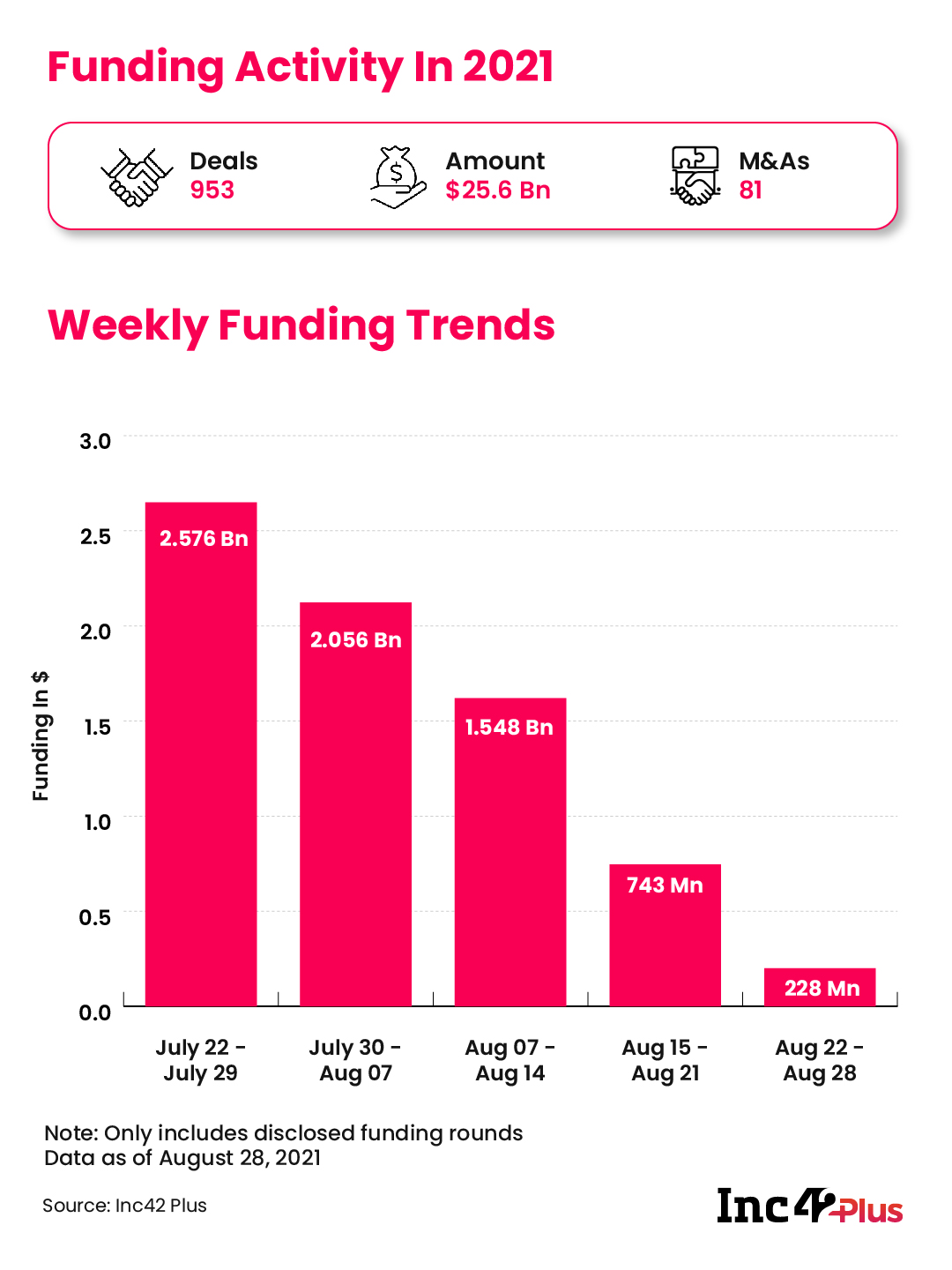 The week started with Zomato’s shares falling 9% on Monday (August 23), coinciding with the end of the 30-day lock-in period for anchor investors. Nevertheless, ICICI Securities is very bullish on the stock and has set a target of INR 220 on the stock, though Zomato’s closing price for the week of INR 124.95 is a far cry from that currently.

On the other side, CarTrade, which had a relatively weak listing, continued to slide all through the week and its share price dropped by INR 131 this week.

While there’s no telling how startup IPOs in India will pan out, the US market is starkly different. This week, enterprise tech unicorn Freshworks filed for an IPO in the US to raise $100 Mn.

Another company that’s being watched closely is BYJU’S, which has attracted the interest of some investment bankers who have pegged its valuation between $40 Bn – $50 Bn.

Meanwhile, here’s a look at this week’s performance of the startups which went IPO this year. 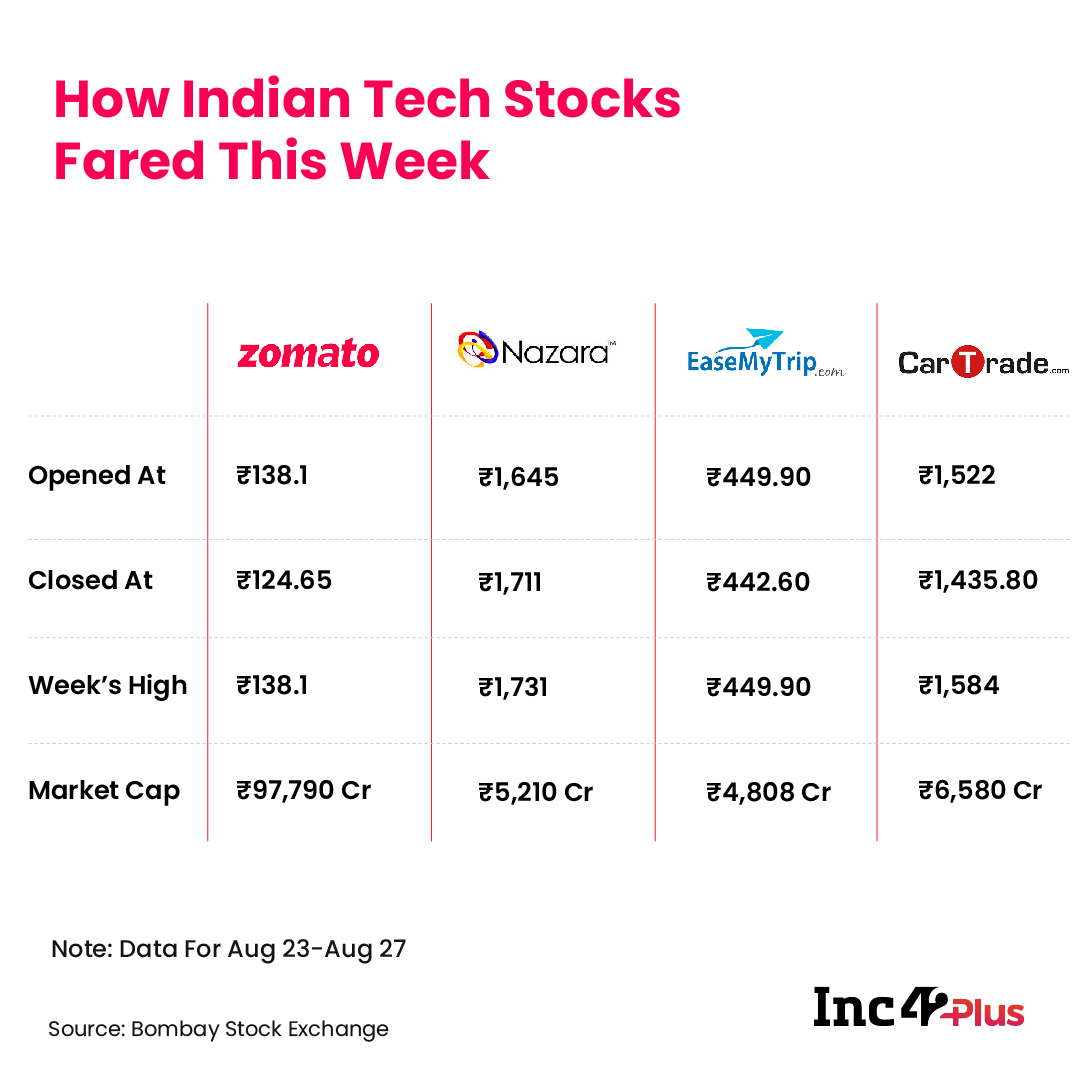 Looking to drive India’s nascent but potentially massive drone sector, the Indian government released the amended draft of the Drones Rule 2021 this week. Under the new rules, drones will fall under the provisions of the Motor Vehicles Act, improving the potential for drone insurance as well as protection against damage caused by drones.

Besides this, the time frame for certifying drones has been shortened, with priority given to those drones with India-made components. Most of the changes address grievances that the drone industry had in the past.

The ESOPs reward for being with a startup from the very early days often materialises at a very late stage, if at all. Second-time entrepreneurs are looking to change that and over $100 Mn in ESOP buybacks have come this year alone. 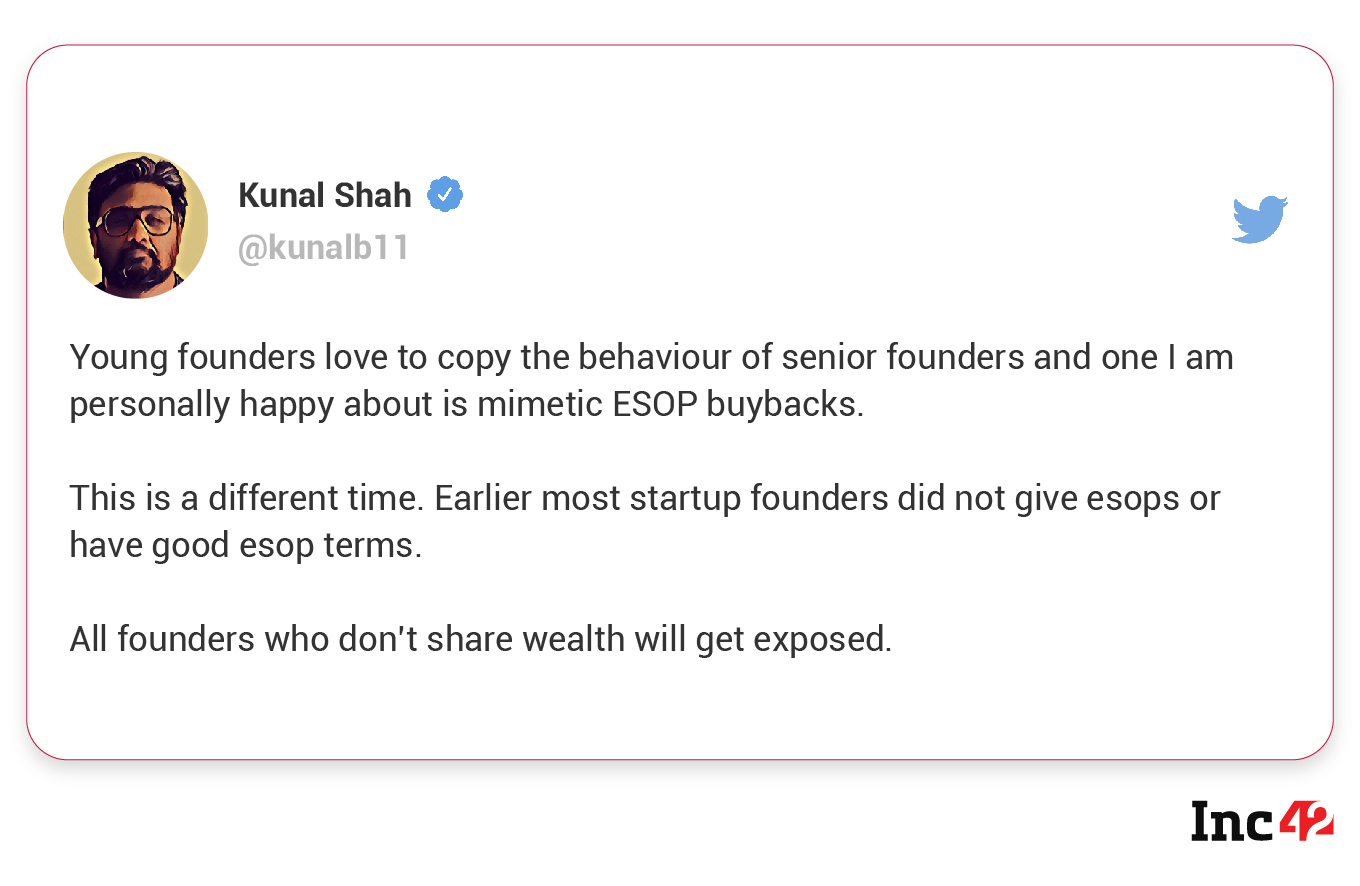 This week, we decided to look at which startup hubs are producing the most unicorns, here’s a quick look! Here are the key stories of the week gone by:

That’s all for this week. Watch out for a more data-packed newsletter every Sunday as we recap the week’s biggest stories and developments.

Till next week,
Team Inc42