The SaaS platform’s market capitalisation stands at over $13.3 Bn

Its shares closed at $47.55 per share on Wednesday against the issue price of $36 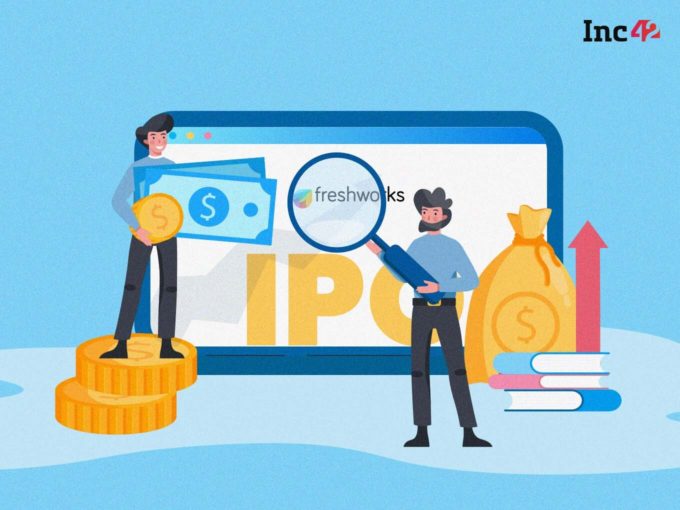 As homegrown customer engagement unicorn Freshworks witnessed a stellar stock market debut in the US, its early investors are set to make a fortune with their shareholding now valued over multiple times the initial investments.

Its shares on the NASDAQ closed at $47.55 at the close of the first day of trade.

Accel India, one of the earliest investors in the Chennai-based startup has witnessed a nearly 1,000 fold growth in its shareholding value as it had acquired shares at $0.05 apiece in 2011.

Share of entities related to Tiger Global, which had invested in the SaaS startup at $0.14 per share in 2012 also has witnessed a 340-time return on its investment. Its 26% shares are currently valued at nearly $3.12 Bn

Similarly, investments by entities related to Sequoia Capital are now valued at more than $1.45 Bn. Sequoia which holds 12.1% in Freshworks has witnessed a 15 time rise in the value of its shareholding with the IPO. It had bought shares in the company at $3.16 apiece.

The investment arm of Google, CapitalG LP has 8.2% stake in the now-listed startup with the current valuation at over $986 Mn. As it had invested at the rate of $1.01 per  share in 2016, CapitalG has witnessed a return of 47 times on its initial investment.

All these investment funds hold Class B shares while the startup offered 28.5 Mn Class A Common in the much-anticipated IPO.

At the end of the first day of trade its market capitalisation crossed the $13.3 Bn mark.

Post the bumper listing, the Salesforce rival said that over 500 of its shareholding employees in India have become crorepatis following the listing. Globally Freshworks has around 4,300 employees.

Girish Mathrubootham, CEO and cofounder of the company, said that high-quality talent, culture and the desire to build a global B2B tech platform from India have been the three cornerstones of the company’s journey from a startup to a publicly-listed $10 Bn SaaS giant.

“Today we have 76% of our employees holding shares. More than 500 of our employees in India are crorepatis and 70 of them are under the age of 30- people who have graduated college a few years ago and they fully deserve it for believing in us over the past ten years,” Mathrubootham added.

He added that wealth has to be shared with people who helped create it and they earned every bit of it. India being one of the company’s important centres, they will continue hiring here. The number of shareholding employees was higher, at 90% earlier but has come down recently due to aggressive hiring during the past couple of months, he added.

The company became the first Indian SaaS startup to list on Nasdaq and follows the likes of travel companies MakeMyTrip and Yatra on the second largest stock exchange in the world.