Foxconn Unit Writes Off Another $40 Mn On Snapdeal Investment

Foxconn Unit Writes Off Another $40 Mn On Snapdeal Investment

Foxconn Mobile Unit Earlier Wrote Off $160 Mn In Snapdeal; eBay Too Wrote Off $61 Mn On Its Investment In The Company 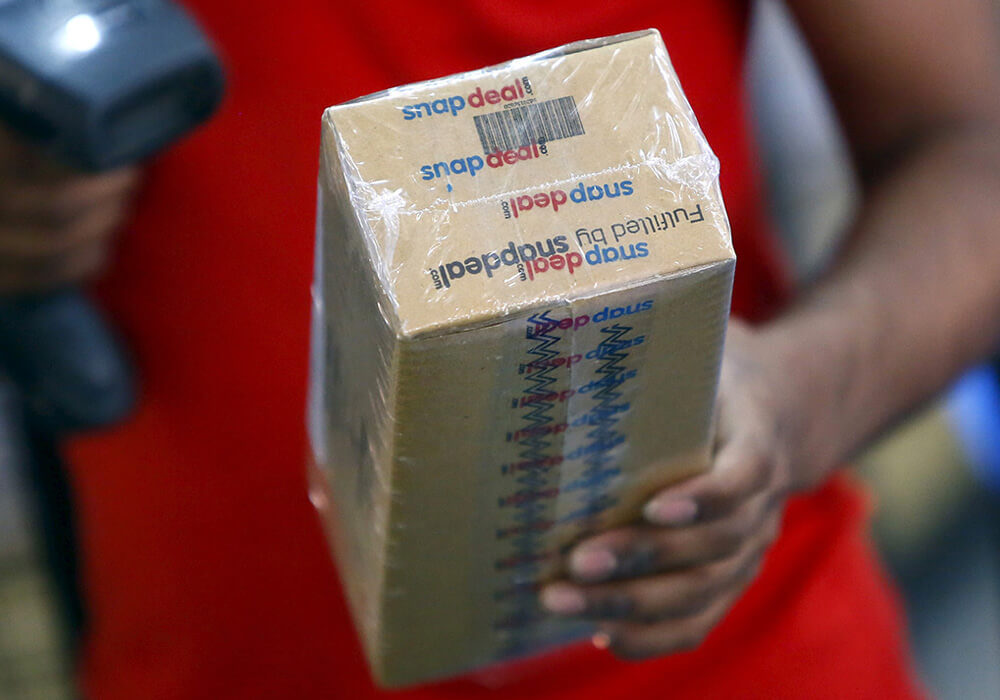 Foxconn Technology Group has announced another write-down of 40% of its $200 Mn investment in ecommerce company Snapdeal, which is owned and operated by Jasper Infotech.

Earlier in August 2017, Foxconn, via its FIH Mobile unit, wrote off 80% of its investment after FIH Mobile “identified an impairment indicator from a recent proposed acquisition of JIPL in the market, from which the estimated value of JIPL is significantly below its carrying value.” JIPL is  Jasper Industries Private Limited.

Further, Foxconn had registered impairment losses of around $160 Mn for its investment in Jasper Infotech for six months and the loss period ended June 30, 2017.

In its 2017 annual report, FIH Mobile has said that the company had come to the conclusion that its entire $200 Mn investment in Jasper Infotech, which was first announced in September 2015, can’t be recovered.

Further, FIH has estimated that the recoverable amount from its investment in Jasper Infotech is $3 Mn, while citing the failed merger between Flipkart and Snapdeal as being one of the causes behind its decision to record $160 Mn impairment.

“The negotiations were finally terminated due to dissent of minority shareholders and complicated tax problems between Singapore and India. In 2017, the main market players had moved into the next stage to provide more products and services via collaboration with various business partners, which limited the room for JIPL to develop in the future,” read the report.

This comes after Snapdeal posted a 75% increase in its loss for the financial year ended March 2017. It also recently offloaded its cloud-based inventory management subsidiary, Unicommerce to Infibeam for $17.8 Mn (INR 120 Cr).

The survival struggles have forced the company to let go of all of its subsidiaries at quite a low amount. For instance, Freecharge, which Snapdeal acquired for a whopping $400 Mn, got sold to Axis Bank last year just for $60 Mn.

What is noteworthy in this development is that the sale of these subsidiaries came up after Snapdeal founders Kunal Bahl and Rohit Bansal escaped the $850 Mn merger offer by Flipkart last year.

Inc42 had earlier reported that venture capital firm Kalaari Capital, which was one of the early investors in Snapdeal, was looking to sell its 8% stake in the ecommerce firm. It was expected that Kalaari Capital would sell its stake in Snapdeal for $6.1 Mn-$7.7 Mn (INR 40 Cr-INR 50 Cr) which would entail a massive cut from its overall investment of about $20.8 Mn (INR 135 Cr) in the company.

Prior to this, US-headquartered multinational ecommerce corporation eBay had also written off close to $61 Mn on its investment in Snapdeal.

The company said in its SEC filings for the fiscal year ending in December 2017, “In 2017, we recorded a $61 Mn impairment charge to write-down our cost method investment in Jasper Infotech Private Limited (parent entity of Snapdeal). The investment was measured at fair value due to events and circumstances that we identified as having a significant impact on its fair value.”

Once valued at $6.5 Bn (in February 2016), Snapdeal has been struggling to remain afloat amidst increased competition from rivals Flipkart and Amazon. In April 2017, after its valuation fell to $1 Bn, Snapdeal’s biggest investor SoftBank proposed a merger with rival Flipkart.

Snapdeal has also been repeatedly making headlines due to rumours about layoffs and downsizing. Between February-March 2017, as part of a cost-cutting exercise, Snapdeal reportedly laid off over 30% of its workforce or 1,000 people, with 600 being eliminated in February alone.

After the breakdown of merger talks, on August 1, 2017, it was reported that the Kunal Bahl- and Rohit Bansal-founded startup was gearing up to dismiss about 80% of its employees.

At a time when the Indian ecommerce is ready for a war between Walmart-Flipkart and Amazon, which is gearing up its war chest, the write-offs are bound to impact heavily on Snapdeal’s plans for revival.