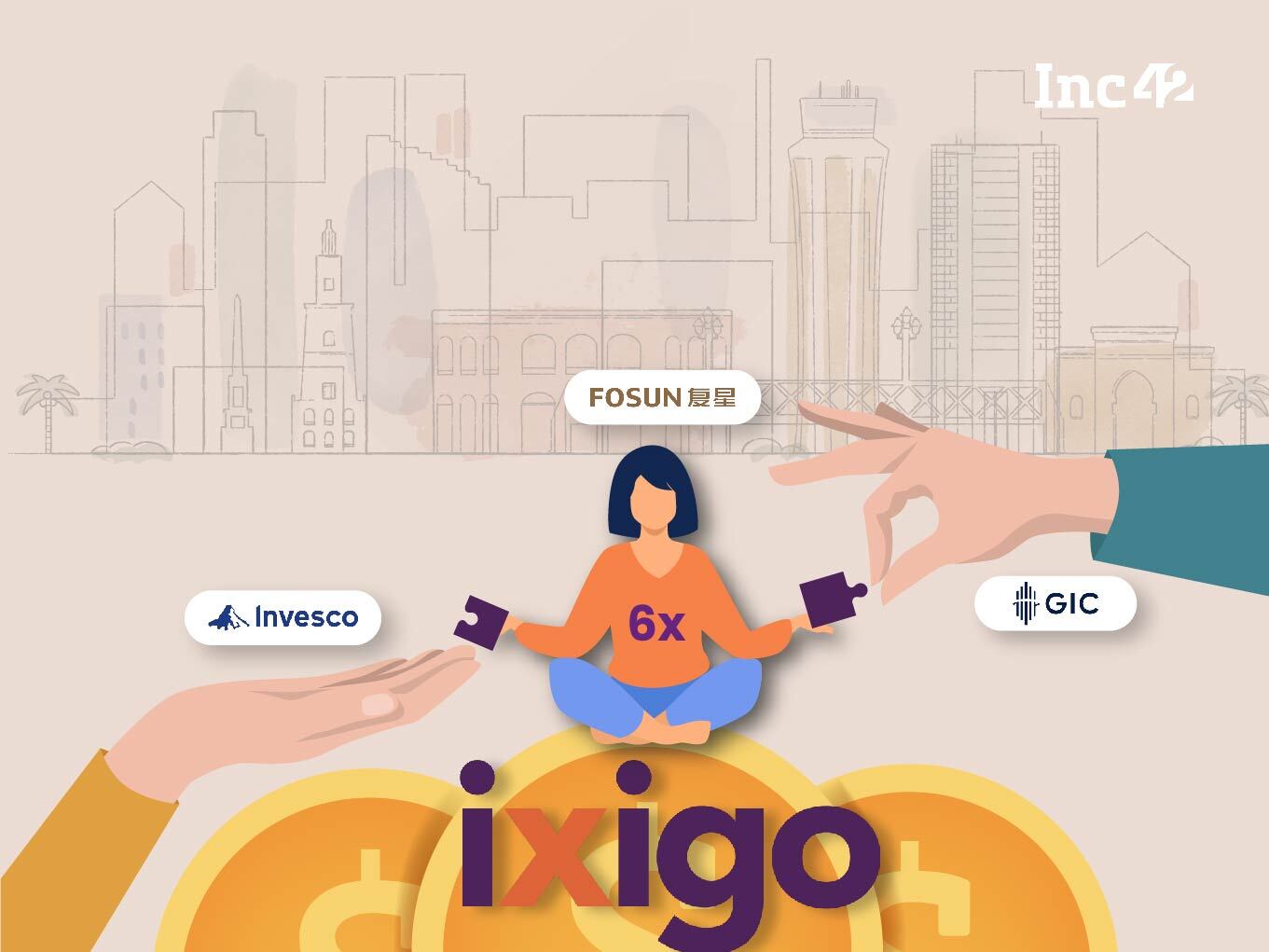 Fosun had invested close to $5 Mn in ixigo in 2017 and had 3.69% stake in the company and sold 3.19% to Invesco and GIC. Sources aware of the deal informed Inc42 that Fosun received $30 Mn as return of investment after selling majority of its stake in ixigo to Invesco and GIC.

“Across the sale to GIC and Invesco, Fosun has made 6X return already and still has some stake left,” a person requesting anonymityinformed Inc42.

Earlier, Money Control had reported that Fosun was selling its majority of its stake to Invesco.

Sources informed that selling of the stake took place in the second week of September. Ixigo chose not to comment on the development.

ixigo, which is operated by Le Travenues Technology Limited, is going for an initial public offering (IPO) and has already filed its DRHP with SEBI in August this year. The startup intends to raise INR 1,600 Cr.

The IPO offer consists of a primary component which includes an issue of fresh shares worth INR 750 Cr and an offer-for-sale, meaning allowing existing investors to offload their shares, amounting to INR 850 Cr.

ixigo’s founders Aloke Bajpai and Rajnish Kumar will both be offloading shares worth INR 50 Cr each.

The startup before filing its DRHP had reported to have given a 8X return to its early-stage investors MakeMyTrip. The Nasdaq-listed company (MakeMyTrip) exited ixigo when it closed a pre-IPO funding round worth $53 Mn led by Singapore-based sovereign fund GIC along with participation from other investors.

Ixigo is the third Indian startup in the travel and hospitality industry which is heading for an IPO. At the beginning of the year, EaseMyTrip, an online travel portal got listed on the BSE and recently touched $1 Bn in market share after its shares reached a 52 week high of INR 717.65.

In the month of August, RateGain, a travel tech startup filed its DRHP and intends to raise INR 400 Cr through a fresh issue of shares.

The latest in the line to join the IPO parade is Ritesh Aggarwal-led OYO which is looking to raise INR 8,430 Cr. The offer consists of a fresh issue of shares worth 7,000 Cr and offer-for sale up to INR 1,430 Cr.

Mihir Malhotra contributed to this story.