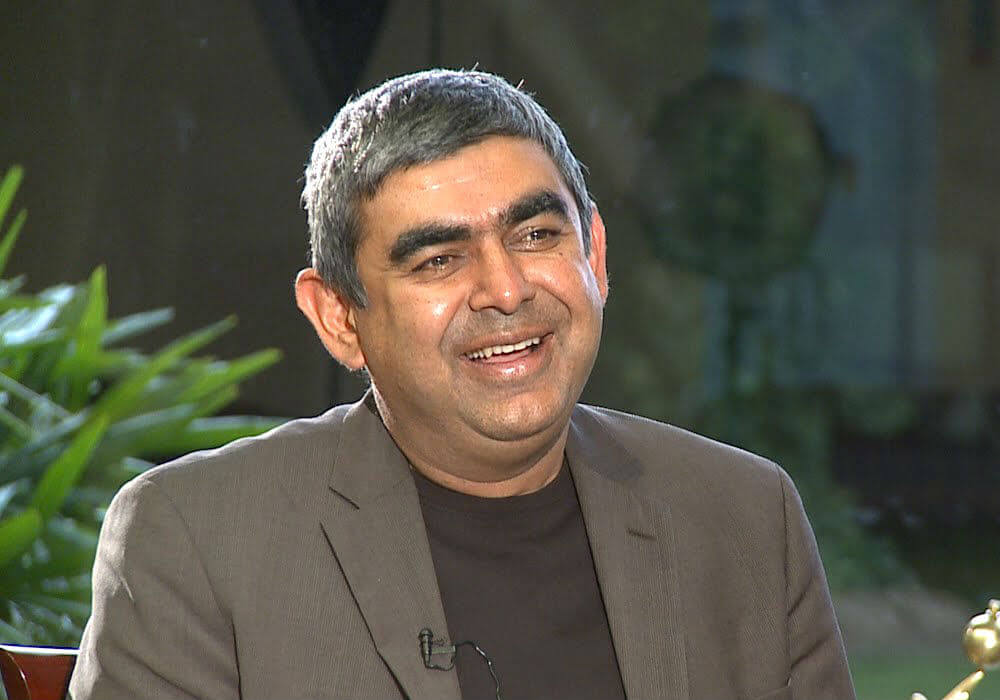 Former Infosys Chief Vishal Sikka has revealed that he is working on a venture involving artificial intelligence that will use technology to enhance “human creativity”, ET reported.

In a keynote speech given at TiE Inflect conference in Silicon Valley, Sikka, who is publicly known to be passionate about AI, told the audience that there needed to be more education on artificial intelligence as there were currently fewer than 250,000 people who could use machine learning tools.

Following Sikka’s journey during Infosys, it is very easy to notice how AI has played a prominent role in his business plans. While at Infosys, the company built a futuristic driverless cart to train employees in emerging fields like artificial intelligence and machine learning.

The company also invested around $62 Mn from its innovation fund towards startups operating in spaces such as IoT, automation, and drones.  His tenure also saw the launch of Nia, which was touted to be the next-generation Artificial Intelligence Platform of Infosys.

Sikka believed the old system of doing business, which was primarily BPO, was outdated and new technologies presented new avenues of growth and which was one aspect among other things that brought him into clash against company’s erstwhile patriarch N R Narayana Murthy that eventually saw Sikka step down.

There is a voracious debate that is ongoing regarding the pros and cons of AI, on whether it could have a massive negative impact on the job market or even worse, a “Terminator” kind of situation where the machines will rule the world.

Sikka, on the other hand, has been very vocal about how he sees this technology as a force of good and in an interview to [email protected], he said that a combination of powerful computers, massive amounts of data and deep learning has created this new “hype cycle”, which is the new interest in AI but the current progress has been very narrow and not multifaceted.

In his broader outlook, Sikka believes that the current hype cycle will produce great applications and have a big impact but will fade away and in a few years, another hype cycle will come along, producing more breakthroughs around broader kinds of AI. From the looks of it, Sikka’s new venture could be viewed as him preparing to ride the next wave of “hype cycle” that he believes will fundamentally change the AI segment.

When it comes to India, he believes the country will be one of the most impacted ones because of AI in the near-term. “The impact of automation in the IT services world, or broadly in the services world, will be huge from an employment perspective. If you look at the growth that is happening everywhere, especially in India, some people call it “jobless growth.” It’s not jobless. It’s that companies grow their revenues disproportionately compared to the growth in the number of employees,” Sikka said.

As mentioned earlier, the current debate is hugely contested but at the same time fascinating to follow. Sikka is an admirer of how China has taken on AI, both in terms of building AI applications and skill development. He believes that the Western countries are ahead in terms of technology and research, but in large-scale applications of AI, China is already ahead of everybody else.

While talking about India, Sikka mentioned that there is a need to redouble the focus on education and training massive numbers of people on technologies of the future, otherwise we may bear the brunt of the advanced technology.

Segments such as healthcare, supply chain management, and retail are some of the sectors that are touted to be apt areas for AI implementation.

“In combination with technologies such as the Internet of things (IoT), virtual and augmented reality, drones and cloud platforms, AI and robotics stand to become the building blocks of the Industry 4.0 revolution in India”, according to PricewaterhouseCoopers.

There aren’t many details on Sikka’s new venture or even on the name and the words “enhancing human creativity” is as subjective as it can get but as the company is in its early stages, the lack of details is understandable.

Nonetheless, this has our curiosity. What’s more, the news also presents us the chance that we seldom get in the mainstream media to further debate points of contention related to AI,  like how Sikka’s admiration for China should not overlook the massive state surveillance that is reportedly being carried out (think –facial recognition)  or that there is a genuine basis for being careful on how we develop these technologies and the impact that they could have on the human society. AI is the future but how we get there is the debate.