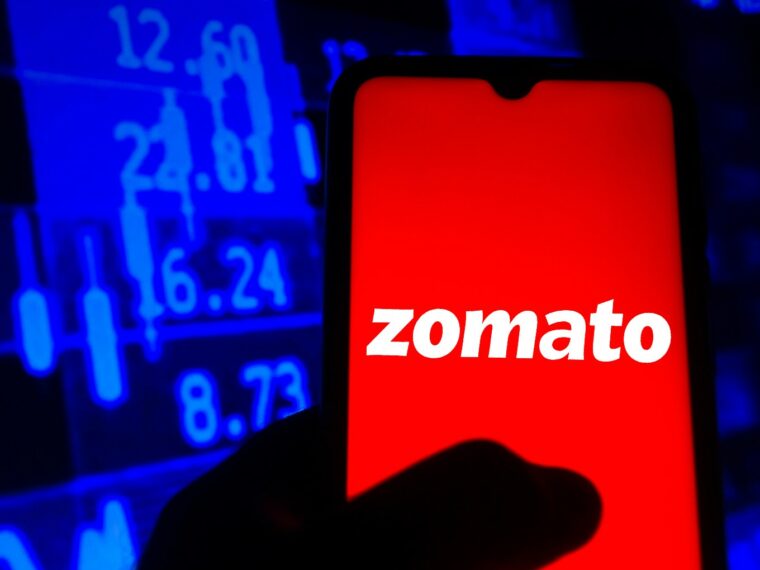 UBS and Morgan Stanley have put a target price of INR 130 - INR 135 per share, rating that the stock has better future prospects

It is currently on a continuous rise and was trading at INR 67.05 at 09:38 AM, despite the downward trend shown in the financials.

It is to be noted that since its listing in July 2021- when the share opened at a 53% premium at a market cap of INR 1 Lakh Cr – Zomato has wiped over 50% of the investor money.

The loss-making company has banked on the acquisition of new customers, its quick commerce pilot with Zomato Instant and various subsidiaries and partnerships and including BlinkIt, CureFit, Shiprocket, others.

Where Is Zomato Burning Cash Despite Revenue Growth?

In FY22, Zomato posted revenue of INR 4,192.4 Cr. But the company has listed down several cash-burning avenues, including increased fuel prices putting a dent in the delivery costs.

Increased inflation, rising interest rates, the war in Russia and Ukraine, market volatility and the company’s high ESOP expenses have also meant that the company is paying for operations out of its pockets. Further, poaching of delivery workers by rival quick commerce and delivery companies means a greater employee turnaround.

The company, in FY22, has also invested in several loss-making companies such as BlinkIt, Shiprocket, and Magicpin. Further, it announced plans to take on an NBFC licence to provide loans to delivery partners and burnt cash on a failed pilot of its quick commerce vertical Zomato Instant.

Zomato founder and CEO Deepinder Goyal stated that the company saw low quarter growth in Q3 FY22 as dining-out and travel opened up post-Covid. But that was a one-time correction in the growth trajectory, he added.

The food delivery app launched its operations in more than 300 new cities in Q4 FY22, but these cities added only around 0.2% to its GOV.

Post the financial results announcements, broking research firm UBS maintained a buy rating on Zomatp shares with a target price of INR 130 per share. On the other hand, Morgan Stanley has rated the stock as overweight (i.e believes the company’s stock price should perform better in the future) with a target of INR 135 per share.