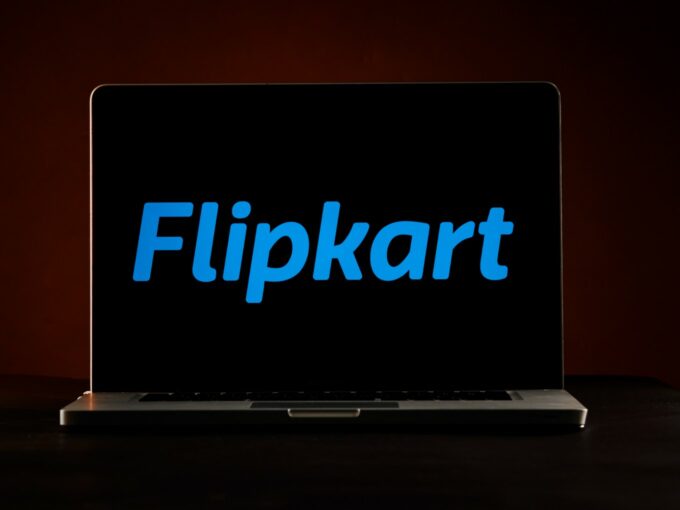 In 2018, when Walmart announced the acquisition of Indian ecommerce giant Flipkart, which eventually for $21 Bn, it was widely discussed that the move would help the American retail giant take on Amazon in India. Walmart with its B2B presence in India had been vying for a larger piece of Indian consumer retail pie and Flipkart’s acquisition opened up new doors for the company.

Of course, since then Walmart has pared down its own retail cash-and-carry presence align its India operations with Flipkart and a big piece of this was food retail. Grocery ecommerce is often seen as the holy grail of online shopping, considering that grocery purchases happen more than once a month and more frequently than regular ecommerce purchases. But it’s expensive to set up due to companies requiring a tightly-controlled supply chain and distribution system, which offers great efficiencies of scale. This surely must have been part of Walmart’s fund infusion in Flipkart.

On the grocery ecommerce front, Flipkart expanded its SuperMart offering last year to many cities, but it still couldn’t achieve the traction to compete with Bigbasket and Grofers. So, in late 2019, Flipkart set up FarmerMart, a food retail business which would sell locally-produced food items and packaged food products, with the inventory controlled by the company. The company focused on getting its business under the regulatory threshold by setting it up as a separate entity with a separate board, staff and inventory.

After seeing Amazon struggle for over 12-18 months with its food retail business plans in 2017-18, Flipkart needed a win on this front to cement its narrow lead in the ecommerce race. But the Department for Promotion of Industry and Internal Trade (DPIIT) rejected Flipkart’s food retail proposal.

While some media reports said that the department cited regulatory issues without elaborating, a few other reports suggested that DPIIT had said that Flipkart cannot be directly allowed into the food retail as an entity that runs a marketplace, whereas food retail would require it to hold inventory. It also highlighted that Flipkart will not be allowed to sell products on the platform. The DPIIT has also highlighted that FarmerMart’s memorandum of association does not permit it to undertake food retail.

As a result, Flipkart has said that it is evaluating the department’s response and intends to re-apply for the food retail certification.

So what makes food retail so important for Flipkart? Is it only because Amazon is already in the business and has garnered huge attention over the past year? Or has Flipkart realised just how vital the food vertical is, after the experience in the lockdown?

After all, Flipkart was among the rare few businesses unable to tap into grocery and essentials delivery during the lockdown. Among the two leading ecommerce players, Flipkart trailed Amazon even in terms of consumer interest as indicated by the Google search trends from March. At the peak of the search interest, Amazon outpaced Flipkart by nearly 30% in terms of search queries. 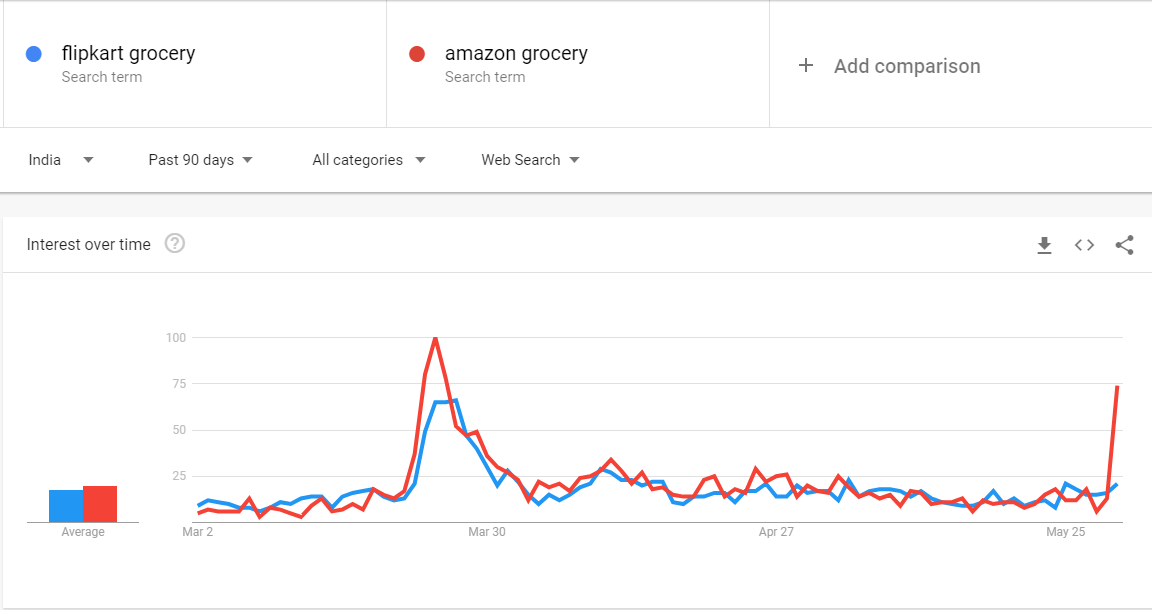 Amazon, along with BigBasket and Grofers, received a nod from the government for its food retail venture in July 2017. But the government had asked Amazon India to keep separate equipment, machinery and warehouses for its food products and not to mix or share anything with its marketplace business. However, after Amazon started its pilot project in Pune in February 2018, expansion of the venture had been delayed “by months” due to lack of clarity from DPIIT on sharing of resources between Amazon India and its food retail venture.

Union food processing minister Harsimrat Kaur Badal got involved in the case in July 2018 and pushed DPIIT to offer clarity on the matter. Another jolt for Amazon’s food retail plans came in December 2018 when new FDI ecommerce guidelines prohibited online marketplaces from making more than 25% of purchases of a vendor.

However, the government had later clarified that companies with foreign direct investment (FDI) in food retail will be out of the purview of FDI ecommerce guidelines and can continue selling through ecommerce. Following which Amazon’s grocery services resumed operations after a brief pause. Amazon had committed $500 Mn of its $5 Bn commitment to its market in India.

Since then, Amazon has been able to make a minor dent in India’s grocery market and the overall food retail business. Even though the company’s overall sales were down by 80-90% during the lockdown period, it was able to sustain a part of the demand for its Prime Now business of delivering essentials and food items.

Flipkart Lays The Groundwork For FarmerMart

Walmart has its own wholesale or cash-and-carry business in India that it has been operating for the past few years. Walmart India owns and operates 28 Best Price Modern Wholesale stores in nine states across India and has integrated omnichannel commerce in all stores. It has opened two fulfilment centres in India and claims to have over a million members, with more than 95% sourcing from within India.

Flipkart would look to leverage this fulfilment and wholesale store base for its own grocery delivery and food retail networks. Interestingly, Flipkart is expected to also harness its investment in agritech startup, Ninjacart. Hence, it is being speculated that a part of Flipkart’s food retail supply chain for its partners will be powered by Ninjacart in future. For the pilot, Flipkart had partnered with WayCool Foods & Products as well as other sellers to launch operations.

Due to food retail norms, Flipkart’s food license is unlikely to be merged with Flipkart’s SuperMart business, which is run like a marketplace and handles delivery of groceries, fresh produce and other daily essentials. At the same time, even SuperMart is a new product and has been unable to take off in competition against well-set players like BigBasket and Grofers, which benefited the most during the lockdown period.

But having said that, Flipkart has definitely laid down the foundation for its food retail business and India’s food and grocery (F&G) retail market is considered the third-largest in the world with over $500 Bn in sales. This offers ample opportunity for new players to carve a niche and own significant market share. Now all Flipkart has to do is clear the hurdle of the license.