200,000 Square Feet, 4000 Daily Orders: How This Warehouse Is Working Day And Night To Make Flipkart An Ecommerce Leader

200,000 Square Feet, 4000 Daily Orders: How This Warehouse Is Working Day And Night To Make Flipkart An Ecommerce Leader

During This Year’s Big Billion Days Sale, Flipkart Reportedly Accounted For 70% Of All Ecommerce Sales Made In The Country 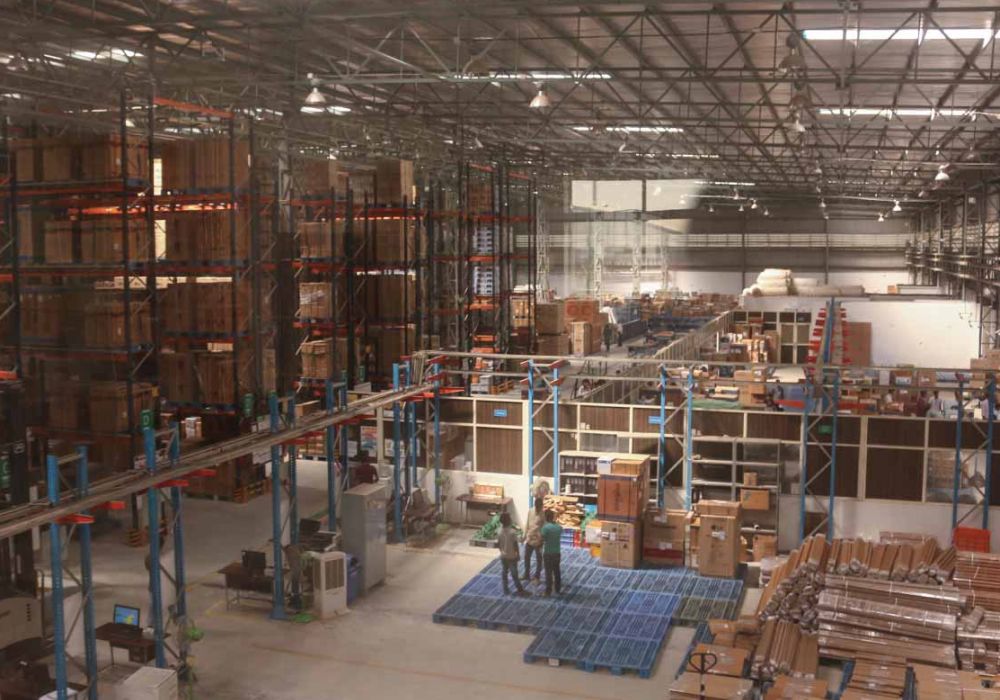 A 200,000 square feet facility bustling with noise, energy, and movement. An army of 400 employees works in eight-hour shifts round the clock to make the magic happen. Take a step into this warehouse, and the cacophony of trolleys being dragged across the concrete floor, workers racing to get packages ready for shipment and forklifts backing up will slap you right in the face. Located on the outskirts of Bengaluru, the facility in question is one of the largest and busiest warehouses in all of India, owned by ecommerce giant Flipkart.

Dubbed as a “mother-hub”, the Bengaluru based warehouse once handled all orders in South India. In the last few years, Flipkart has opened several such warehouses in Hyderabad and Chennai, in a bid to greatly expand its supply chain network. During the festive season, however, the Bengaluru based facility transforms into a sleepless beast that churns out 4,000 orders in a single day.

Flipkart recently posted a blog post, providing a detailed picture of how the warehouse operates during the Big Billion Days. As stated in the article, 100 more employees have been hired this time around to ensure timely delivery of orders.

The first thing you will notice upon entering the facility is a series of metal columns with boards stating the destination city of each shipment. This is where the packages are stored until they are ready for dispatch. 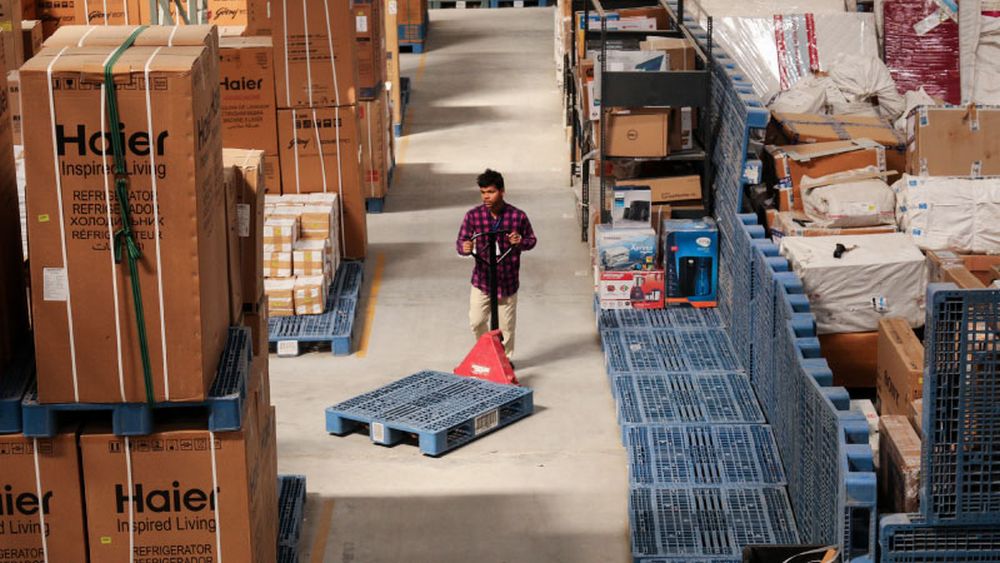 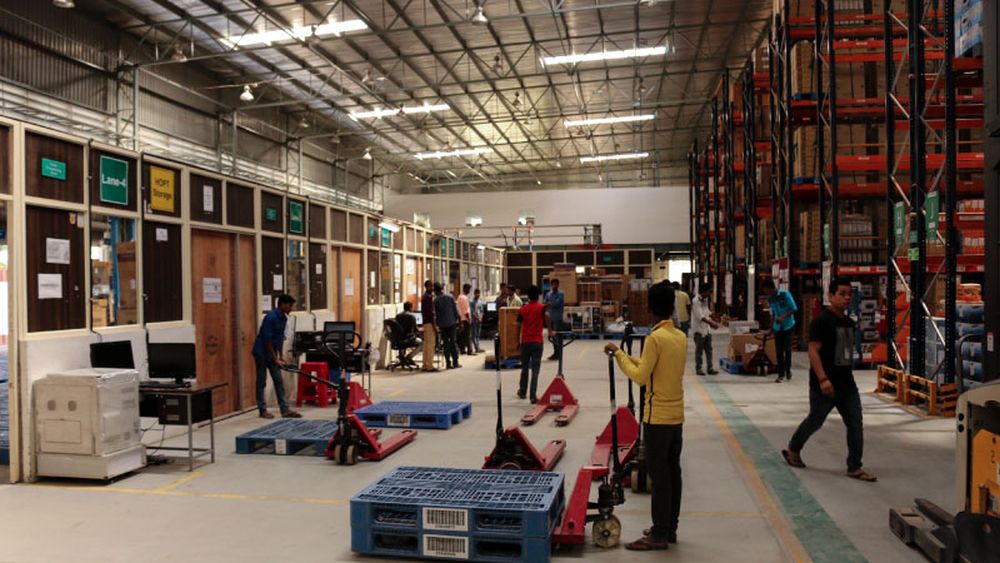 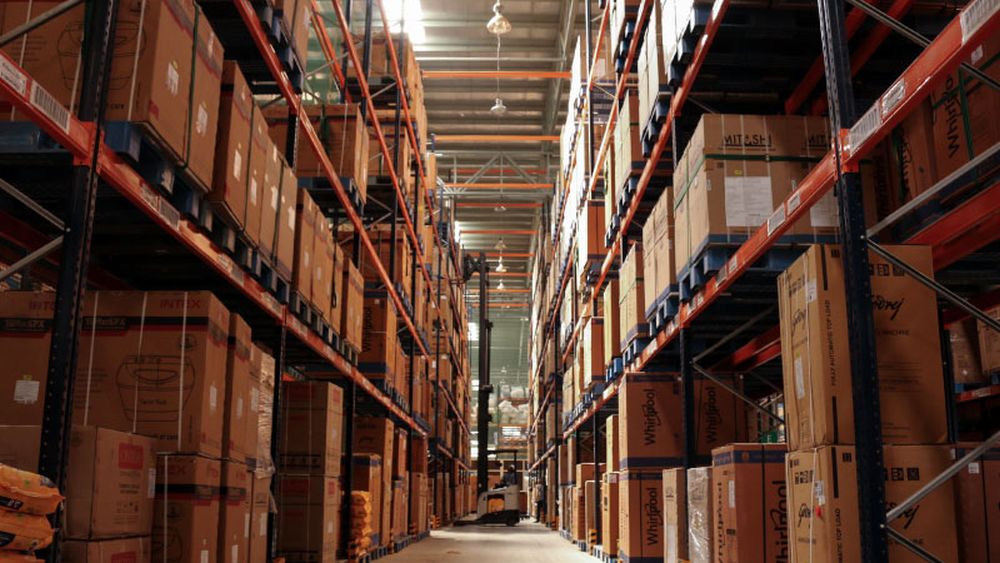 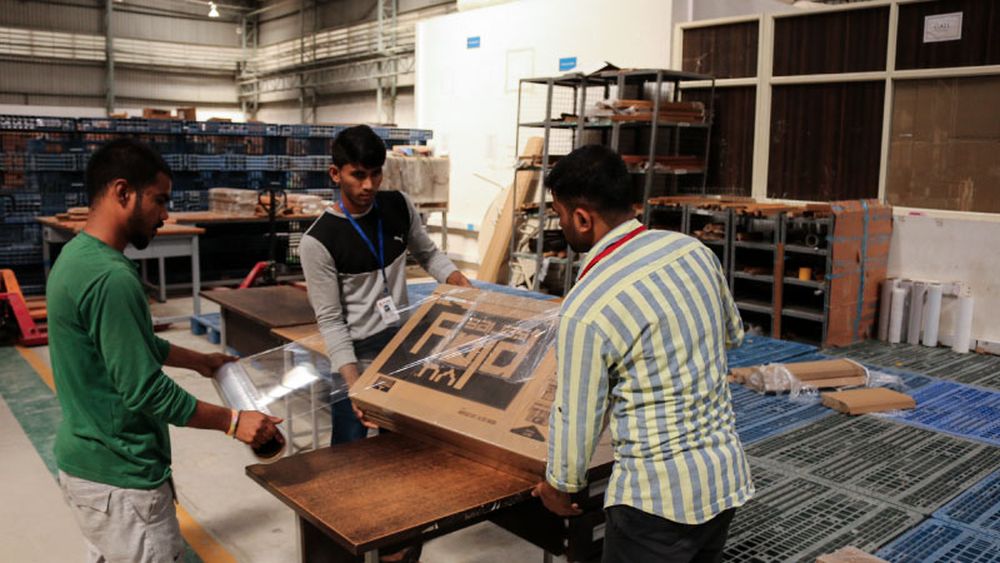 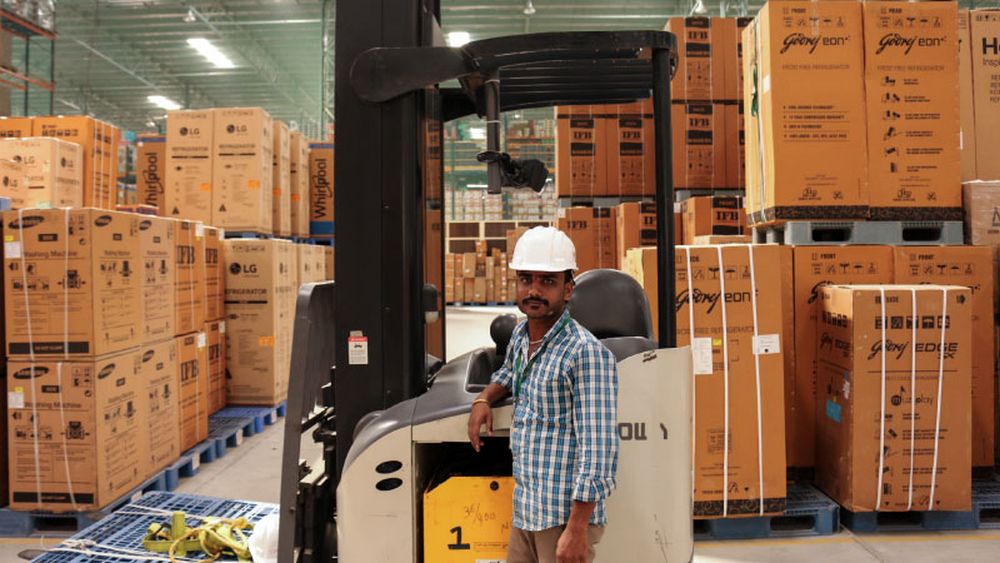 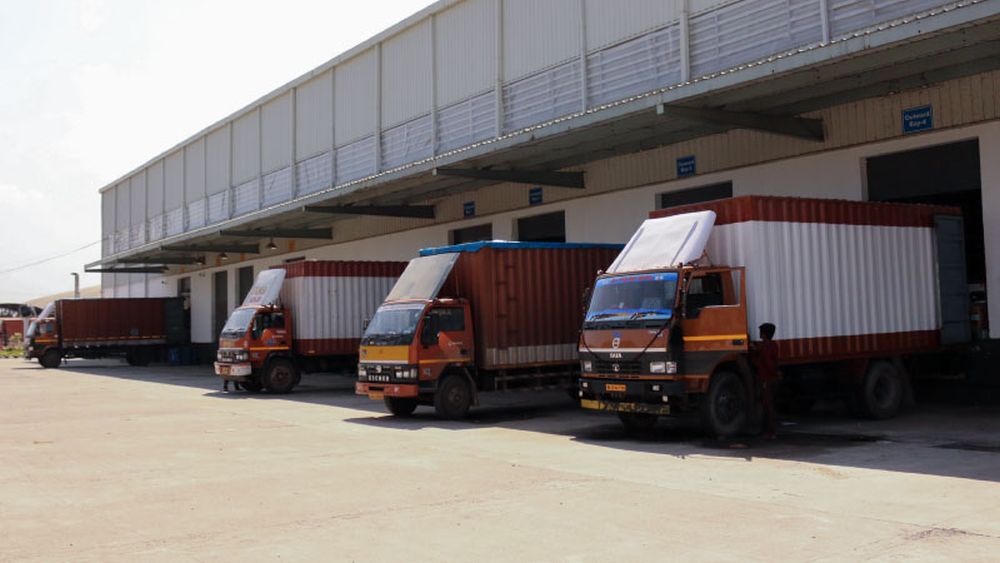 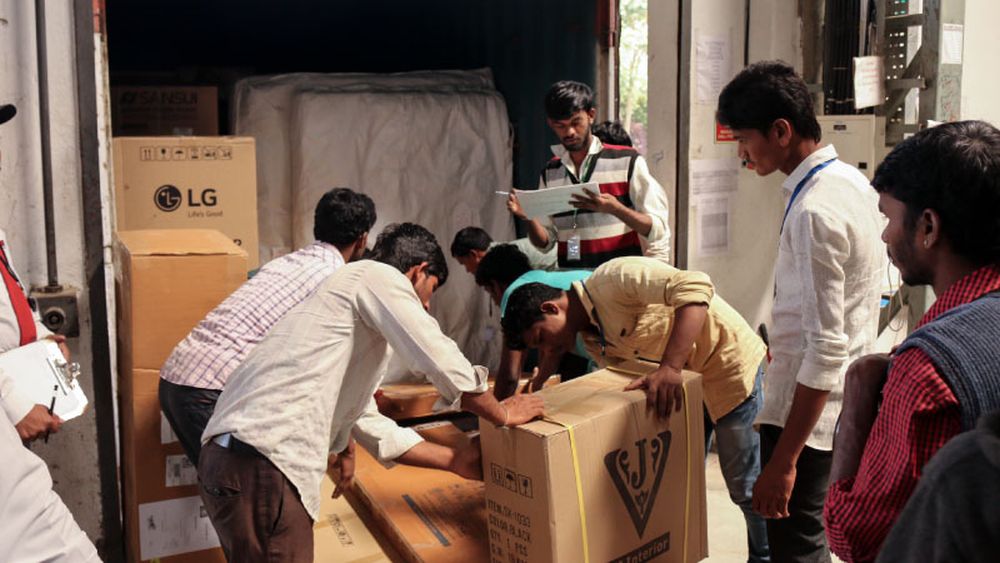 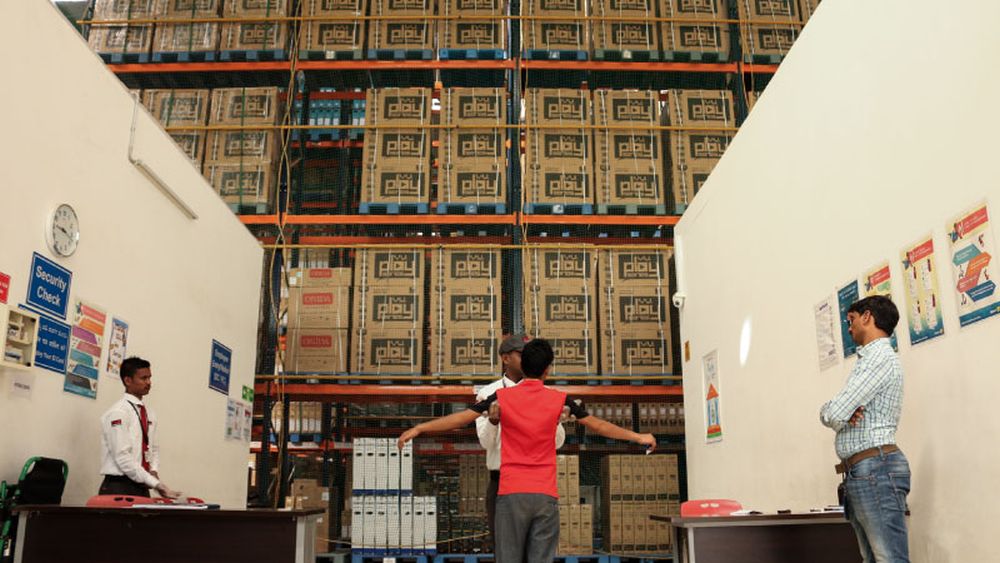 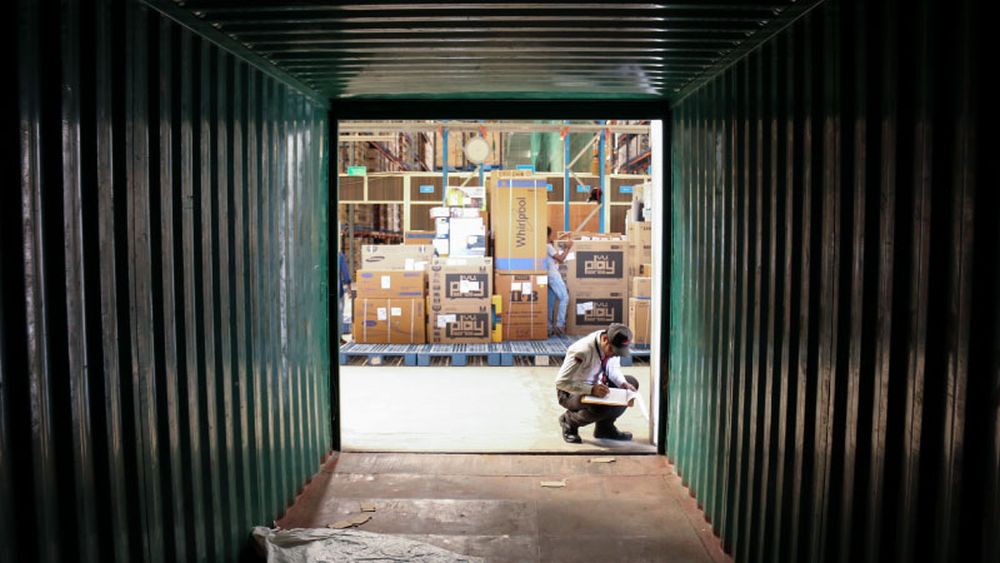 Every product is packaged neatly and stacked at its specified location on the warehouse floor. Large appliances, for instance, are stored on the shelves and moved around using forklifts. Before the order makes its way to the dispatch section, it is wrapped extensively to prevent damage during transportation.

Running along the length of the warehouse in Bengaluru are several loading locks with trucks ready to transport products across the southern part of India. Once the orders are processed and recorded by an algorithm-enabled system, they are loaded onto the waiting trucks and dispatched.

Security, according to the officials at Flipkart, is of paramount importance. Not only are employees forbidden from taking personal belongings like bags and mobile phones into the facility, security personnel also monitor empty trucks that return to the warehouse after a shipment is done.

Flipkart Doubling Down To Capture The Ecommerce Market

In a bid to capture the country’s growing ecommerce market, Flipkart recently armed its books of accounts with a massive $2.2 Bn round of funding from SoftBank’s VisionFund in August. The investment was a part of the earlier $1.4 Bn round from Tencent, eBay and Microsoft. The investment in April 2017 was done at a post-transaction valuation of $11.6 Bn.

Held between September 20 and September 24 this year, the 4th edition of the Big Billion Days sale offered up to 90% discounts across 80+ categories on the platform, including smartphones, books, media, consumer electronics, furniture, fashion and lifestyle.

During the five-day Big Billion Days sale, Flipkart claimed it accounted for nearly 70% of all ecommerce orders placed in the country. For the first time this year, Flipkart offered consumers the option to choose EMIs on debit cards across top banks in the country. According to Flipkart officials, television sets are currently one of the most popular products being ordered by customers.

Last year, Flipkart generated gross sales of close to $500 Mn during the five-day Big Billion Days sale, which ran in the last week of October right before Diwali. The company claimed to have sold over half a million products within one hour of opening the sale.

Flipkart’s rival, Amazon India also held its Great Indian Festive Sale around the same dates as the Big Billion Days sale. To bolster its logistics arm ahead of the festive season, the ecommerce behemoth recently announced the launch of its largest fulfilment centre in India. Situated in Hyderabad, the fulfilment warehouse boasts a total area of 400,000-square-feet and a storage capacity of more than 2.1 Mn cubic feet. A week prior to that, the company opened doors to the biggest fulfilment centre in north India.