Flipkart To Bid Farewell To Desktop Site, Plans To Go For App Only Format Within A Year

Flipkart To Bid Farewell To Desktop Site, Plans To Go For App Only Format Within A Year 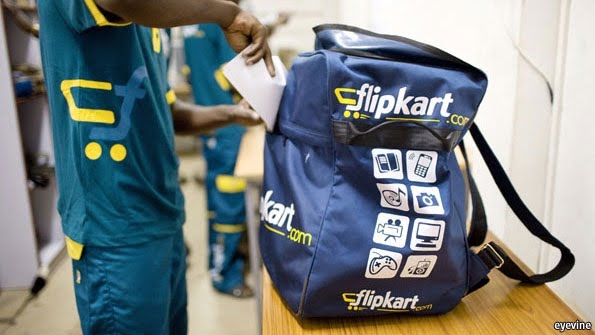 After Myntra, Flipkart has disclosed its plans to shut the desktop version of its website within a year. It should be noted that Flipkart has already closed its mobile website, and now it directs the consumers to install the app and shop when they open Flipkart website through mobile. As reported, Flipkart’s sale accounts to 70% of the total traffic through mobile.

Michael Adnani, vice-president, retail and head of brand alliances, Flipkart said, “Last year, we had more on the app, but still did our Web and desktop. In the next year or so, we’re going to be only mobile.”  He further added, “A year ago, 6% of our traffic was coming from mobile. In less than 18 months, that traffic is more than ten folds. That shows the significance of what a mobile phone is doing for the consumers and consequently doing for us.

Flipkart presently has more than 40 Mn registered users and about 30,000 merchants selling over 20 Mn products on its platform. With the exponential rise in the smartphones market and its availability, it is expected that number of app users will be larger than the mobile version of a website or the website itself. Flipkart that claims about 8 Mn of shipments in a month, accounts two-thirds of its online traffic coming from tier II and III cities. This leads to the fact that most consumers are prone to mobile which will lead to app-based selling incurring higher ROI.

Related: Battle Of The Indian Ecommerce Marketplaces – In Depth Comparison

Myntra, which was acquired by Flipkart last year for INR 2,000 Cr, will only be operational through its mobile app since May 1 and currently it gets 90% sales through the mobile app.

India is the third largest internet market in the world with more than 243 Mn users, after China and US. Boston Consulting Group expects that more than 580 Mn people in will be using internet by 2018 in India, of which 70-80% will access the Web on mobile phones.

Mcommerce currently contributes 30% to the $3 Bn etailing industry, which is expected to be worth about 32 Bn by 2020. With this steep rise, mobile app downloading is suppose to grow six fold culminating into 9 Bn downloaded apps by the end of this year.

Flipkart’s competitors, Snapdeal accounts for 65% whereas Shopclues draws 40% and Paytm claims 33% of all the orders are received through mobile phones.