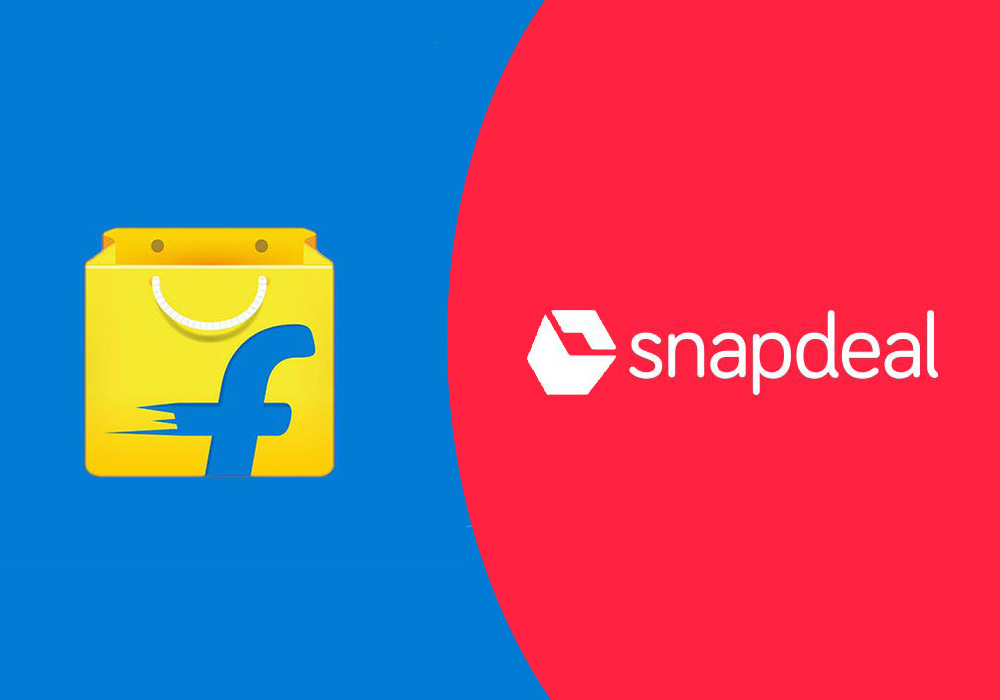 The Flipkart -Snapdeal Deal Was earlier Pegged At $1 Bn.

The Flipkart-Snapdeal deal has taken an interesting turn. In the latest development, homegrown ecommerce major, Flipkart is willing to pay just $300-$400 Mn for acquiring the company.

The current valuation offered by Flipkart is less than what Kunal Bahl and Rohit Bansal were expecting. Last month, it was reported that Flipkart will be merging the company at a valuation of $1 Bn – much lower than the $6.5 Bn valuation after it raised $200 Mn last year in February.

As per reports, Snapdeal will go for this lower amount for its marketplace alone but not for its other two businesses i.e. Vulcan Express and Unicommerce eSolutions. The two together are valued at $200 Mn and have been doing well.

Unicommerce is an ecommerce management software and fulfilment solutions provider that Snapdeal acquired in 2015. It helps the marketplace manage vendors, inventory, warehouses, shipments and returns sufficiently. On the other hand, Vulcan Express is Snapdeal’s fully-owned, end-to-end logistics business. It has also been serving clients in both B2B and B2C spaces since April 2017.

According to Snapdeal’s estimation ‘Vulcan’s business will whirlwind four times in 2017, contributing significantly to the company’s revenues.’

A mail sent to Flipkart and Snapdeal did not elicit any response at the time of publication.

Flipkart and Snapdeal signed the  Letter of Intent (LoI) for the merger in May 2017. As per reports, recently Softbank also bought out the stakes of Kalaari Capital and both the founders,  raking in a total of 47.5% shareholding in the company. Plus, Kalaari Capital’s representative Vani Kola resigned from the board. Just last month, Snapdeal founders and Nexus Venture Partners infused $17.5 Mn into the company in an emergency funding round.

Update 1: 7:00 PM– In response to an email query from Inc42, Flipkart stated, “This is a speculative news, hence we will not be able to comment on the story.”

(The development was reported by Hindu Business Line.)