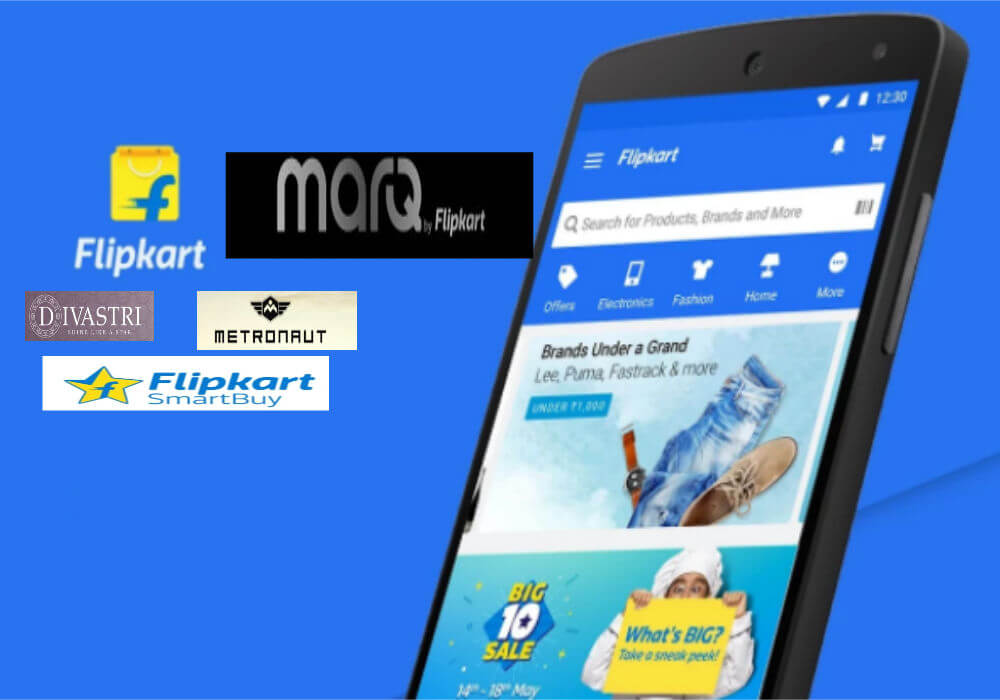 The ecommerce war between Flipkart and Amazon is getting fiercer with each passing day in 2017. After battling out neck to neck in the festive season sales, the unicorns are now heading towards the product war. While Amazon is betting upon the recently launched range of Amazon Echo, its virtual assistant Alexa, and Amazon Prime, Flipkart has continued with its trust over its private label strtaegy and has brought in another one for large appliances – MarQ.

MarQ will be the company’s fifth in-house brand, following a range of its own labels in fashion and furniture introduced over the past several months. It has been launched with the vision to make ‘Better. Possible Today’. As claimed by Flipkart, the range of appliances under MarQ have been specially re-imagined and crafted to suit the needs of the Indian consumer.

As shared in an official statement by the company, MarQ will debut with a selection of microwave ovens and subsequently, products including television sets, washing machines,  air-conditioners, Soundbars, Premium Speakers and more will be launched. In order to fend off existing competition from traditional established brands such as Samsung, Hitachi and more, Flipkart will price the MarQ products 20% lower than comparable appliances. It will also offer after-sales services, led by its subsidiary Jeeves and with service centers located in close to 300 cities across the country.

Flipkart further claimed that MarQ products have undergone a very thorough testing process to ensure best quality benchmarks. As per the media statement shared by the company with Inc42, in totality, every product goes through more than 100 tests before it is cleared for sales.

The manufacturing facilities have been credited with renowned certifications including ISO 9001:2008 with most of the products being BIS certified. Also, the entire range of appliances has been tested comprehensively for critical parameters such as voltage fluctuation, rust resistance, and durability.

Commenting on the launch, Adarsh Menon, Vice President & Head-Private Label at Flipkart, said, “Going by the tremendous success we have seen with Flipkart SmartBuy, we have been able to develop an ecosystem of sourcing and quality testing to meet consumers’ expectations. Large appliances is an extremely important and strategic category for Flipkart and it has a lot of potential for online disruption. The launch of MarQ will open a world of opportunities for our consumers by not just providing superior quality products and a holistic shopping experience, but redefining the value paradigm with exceptionally better prices.”

Flipkart And Its Private Label Push In India

Flipkart has been betting on its private label game since the launch of its digital music store Flyte in 2012. Since then, Flipkart has to date launched nine private labels. Not all were a success though.

So what led Flipkart to make this enormous bet on private labels again? While an email sent to Flipkart in this regard did not elicit any response, a recent TOI report claimed that this sudden private label push is relying on the company working closely with manufacturers in China, India and other Southeast Asian countries. “Flipkart has partnered with China’s Sharetronic for a range of electronics products under the brand SmartBuy. It has roped in the UK-headquartered product-testing and certification company Intertek’s local arm for quality checks,” said the report.

Flipkart is also in talks with other large-sized manufacturers in China for products in more categories.

Probably, Flipkart is going the private label way to combat its negative unit economics, piling losses, and low revenues, in order to walk towards stability and enjoy higher margins over the other sellers on the platform. A clear example of this was portrayed by Flipkart’s fashion subsidiary Myntra. As claimed by the company, Myntra’s private labels and brands business have turned profitable, and it expects its portfolio of 13 fashion brands to double growth and generate revenues of around $300 Mn this financial year.

With over $4 Bn in its war chest, Flipkart is also letting no stone unturned to lure consumers towards its private label brands. For instance, during a July 2017 pre-festive season sale, Flipkart offered up to 70% discounts on its private labels-Divastri and Metronaut.

In the last 10 years, Indian ecommerce has seen a huge shift from operating just on a discount-driven model to focusing on positive unit economics and strengthening the business pillars such as logistics, backend tech and gaining customer loyalty.

But does pushing into private label really make sense in the current market scenario? At one end there is Flipkart’s arch nemesis Amazon, bringing new age technology on the platform and is capitalising on the future with AI and machine learning. On the other hand, there is an increasing line of startups catering to niche categories. For instance, in fashion, there is Voonik, Elanic, Ajio, Koovs, LimeRoad and not to forget the online private label store of traditional brands such as ShopperStop, and more. Similar is the scene with every major category such as electronics, mobiles, appliances, and more.

But has Flipkart reached those trust levels where Indian buyers, instead of opting for the existing brand names, would go for its private label? Will bringing multiple private labels on the platform make brands like Flipkart win the brutal war against their homegrown as well as foreign counterparts? The questions are many but the answers are yet to come forward. For now, we can just wait and watch how the new private label MarQ will add onto Flipkart sales during the ongoing festive sale events.